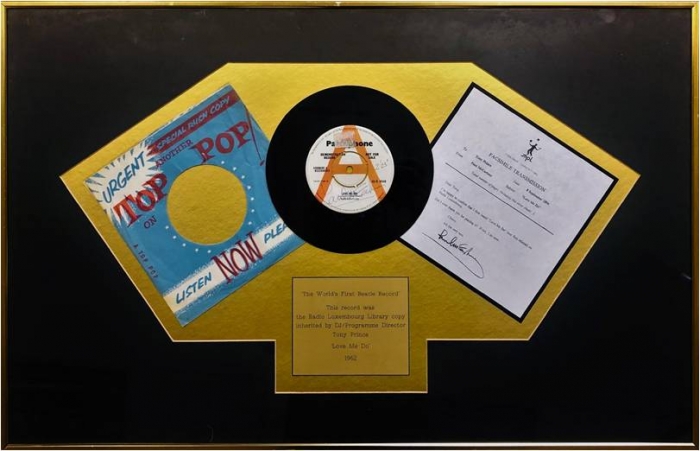 Henley-based legendary DJ Tony Prince who was the programme controller at Radio Luxembourg and a DJ there throughout the 70s is holding an auction of his amazing personal record collection and musical memorabilia to keep United DJs Radio station streaming.

Tony was expelled by the UK Musicians Union in 1963 because as a Top Rank band member, he played RECORDS viewed as a threat to live musicians.  His 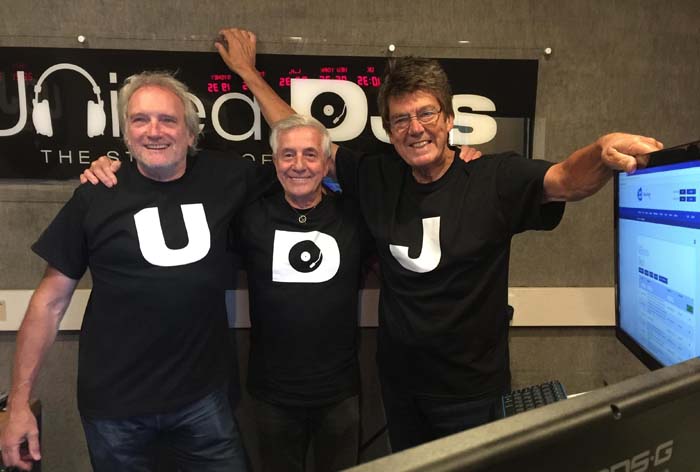 extraordinary career as a DJ led to the pirate ship Radio Caroline, Radio Luxembourg and the founding of DMC/MIXMAG, the company which inspired the DJ world to become music producers.

In the course of his life (candidly written in his co-autobiography The Royal Ruler & the Railway DJ), Tony became a collector of memories.  He worked with Paul McCartney for ten years fronting his Buddy Holly Week celebration, he became Honorary President of the Elvis Presley Fan Club, met and interviewed Elvis twice, even being allowed by Colonel Parker to introduce Elvis on stage in Las Vegas.

At the top of the auction list is the most collectable and important record in the world, the promotion copy of the Beatles first release ‘Love Me Do’ which was first aired on Radio Luxembourg (Lot 223).  The most famous spelling error in music must be EMI’s spelling of Paul McArtney on this record.  Tony inherited this single when he and colleagues were called to make room in the station’s record library.  Years later Tony realised what he had inherited in his collection and asked Paul to write provenance and actually sign the correct spelling of his name on the label.

Other items include Elvis’ transistor radio a gift to the King from RCA (Lot 197), gold embossed EAP with his ranch address on the reverse, letters signed by all members of Queen (Lot 195), a personal letter from Joe Cocker thanking him for playing ‘Marjorine’, a rare Schwinn Beatles Yellow Submarine bike, Dr.Feelgood limited edition Toby Jugs (Lot 181) and the one-off bronze bust of Elvis Presley by David Wynne OBE, commissioned by Tony.

There are also thousands of albums singles, sheet music, autographs and press photographs which will be grouped over the forthcoming auctions.

The first of three or four auctions is on 28 January and all the lots can be viewed on and bids can be made beforehand at https://bid.omegaauctions.co.uk/m/view-auctions/catalog/id/70.

Tony said, “It was Radio Luxembourg that helped the Beatles to launch their phenomenal career. Radio Luxembourg was the only station playing Beatles from Day 1 and the record I have placed in the auction is undoubtedly the very record which started the fan’s stampede. Now The Beatles will help the DJs as we independently bring personality and much more music back to radio with UNITED DJs RADIO. You aren’t just bidding for the WORLD’S VERY FIRST BEATLES RECORD, you are supporting RADIO LIKE IT SHOULD BE. COME AND JOIN US, GET THE FREE APP! Thank you for your support”