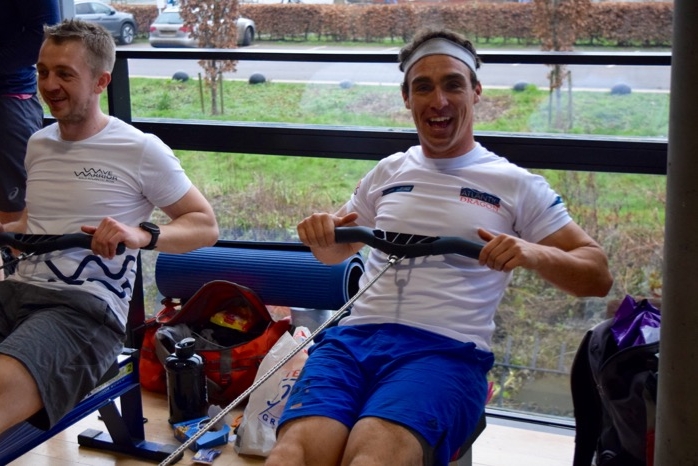 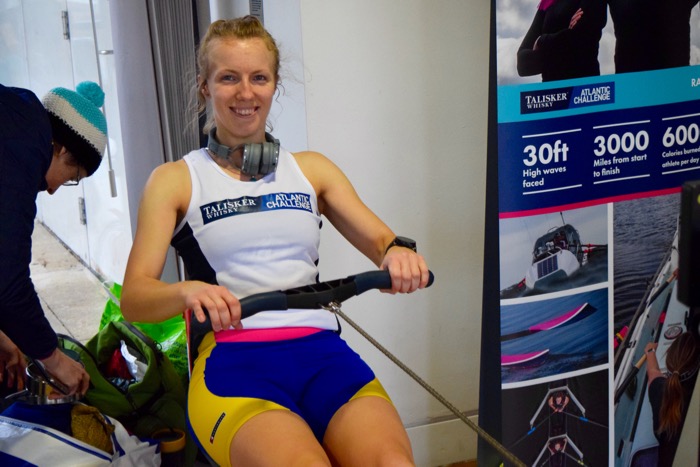 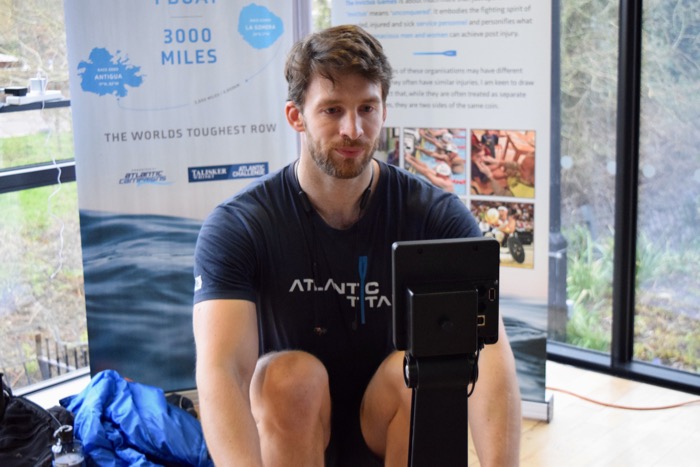 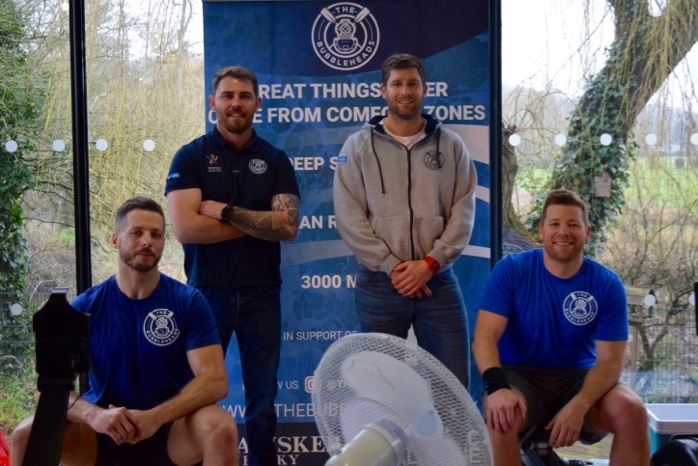 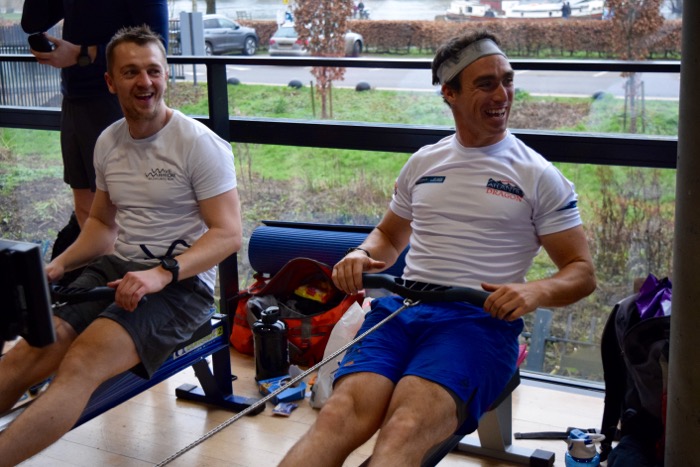 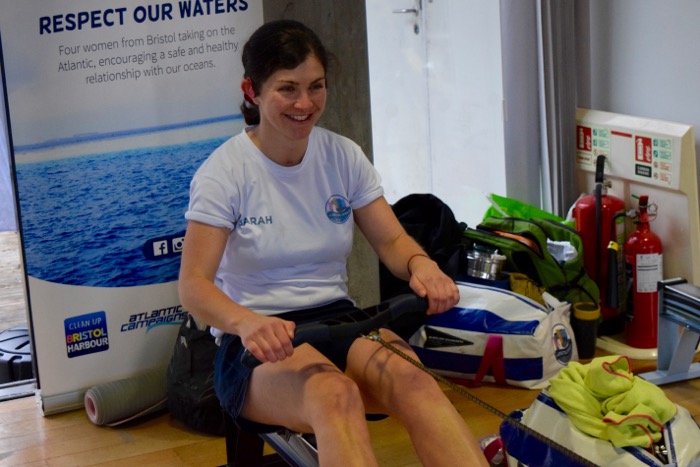 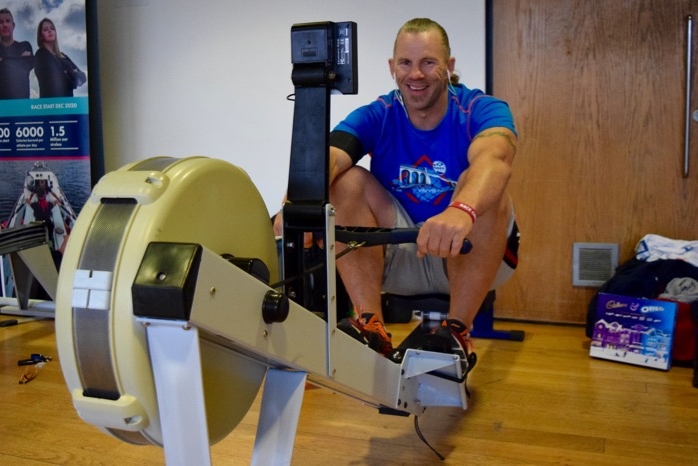 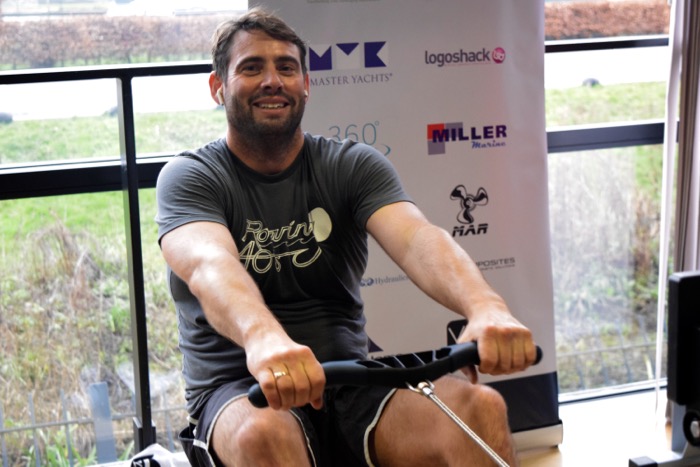 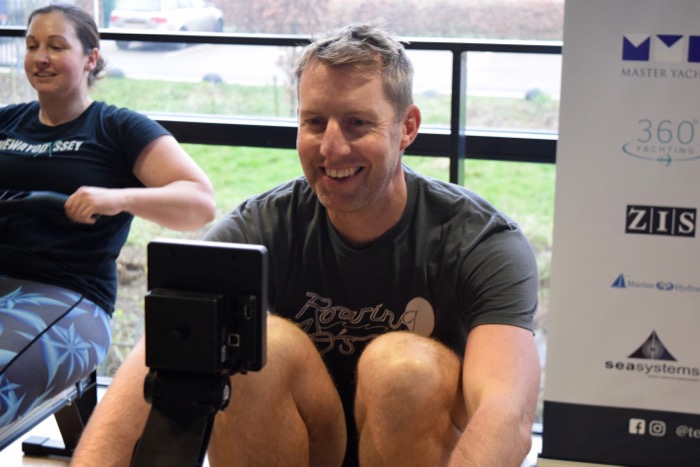 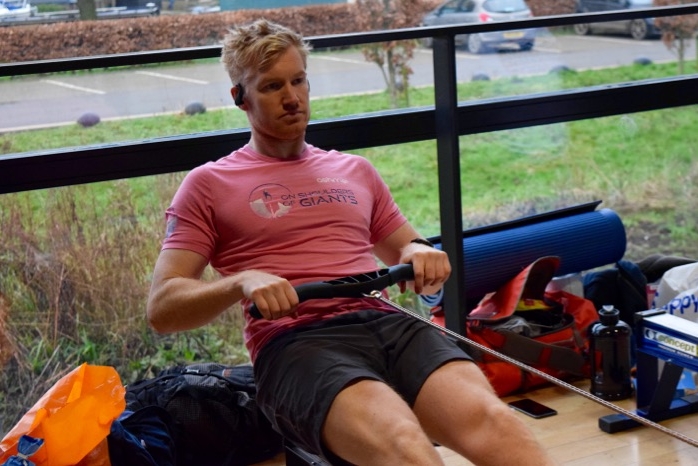 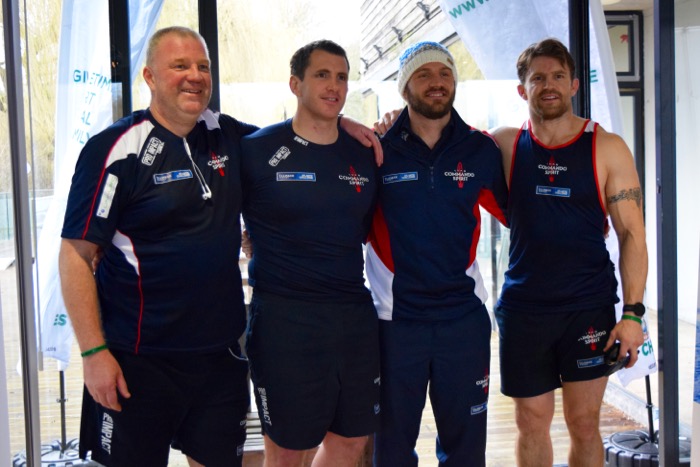 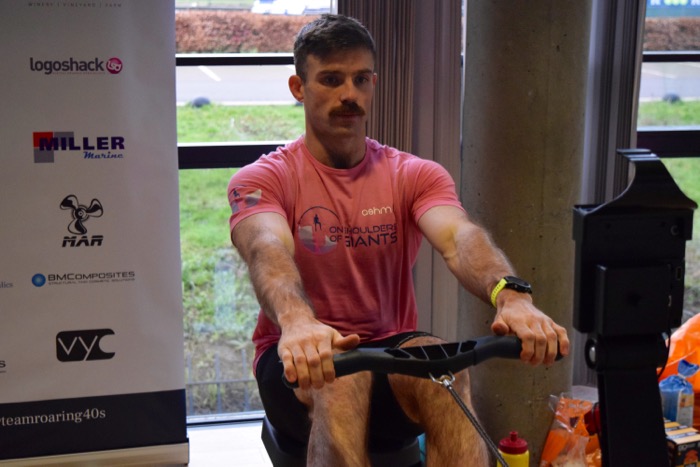 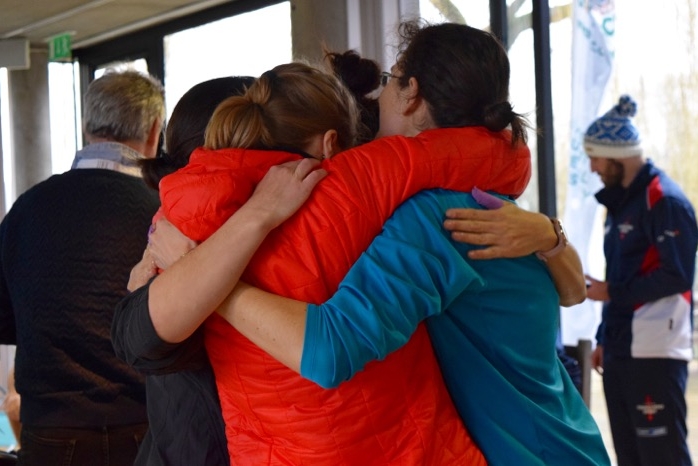 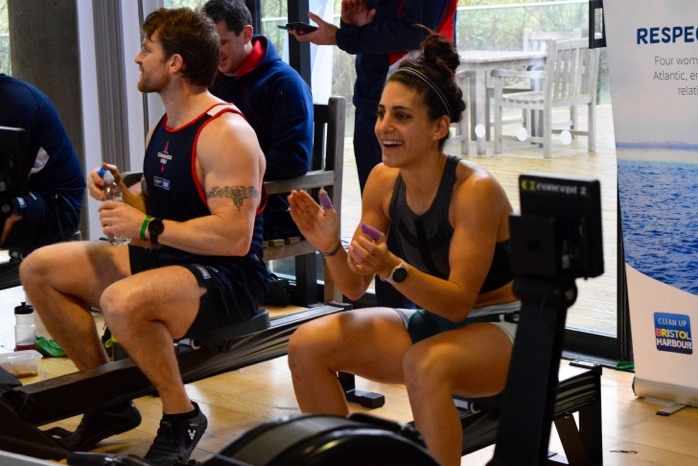 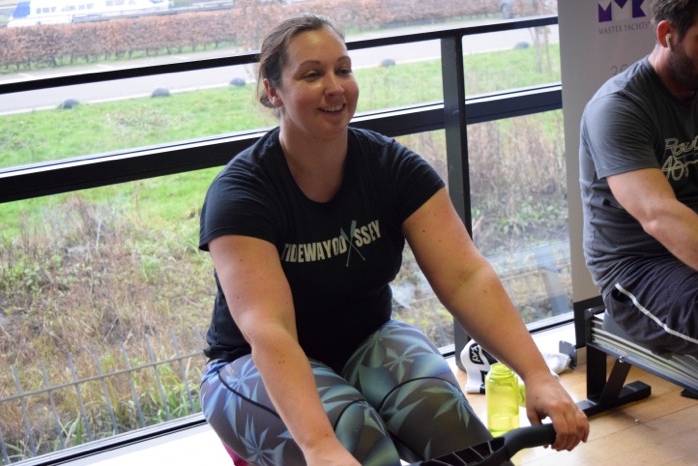 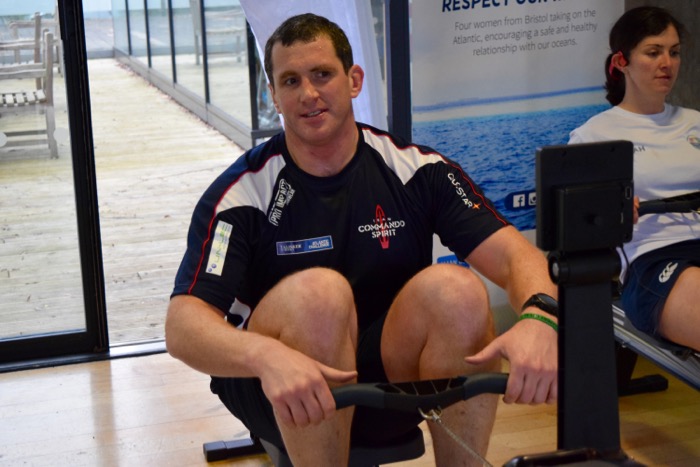 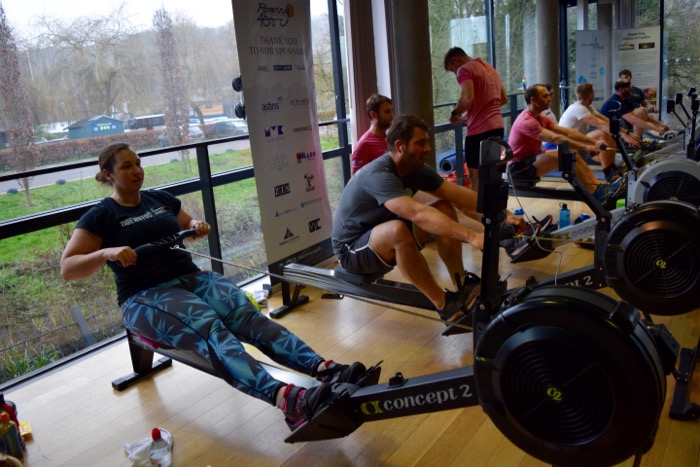 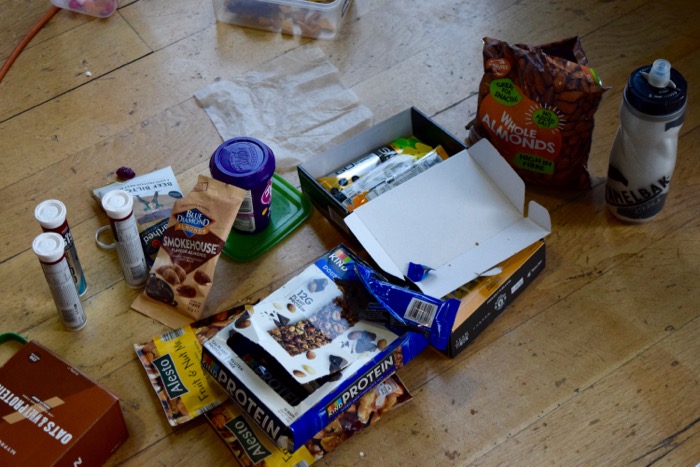 A group of Talisker Whisky Atlantic challengers undertook a gruelling 24 hour ergo last weekend at the River & Rowing Museum. The 14 teams, all taking part in the epic Talisker Whisky 3,000 mile ocean race in December, attempted a full day and night on the rowing machine in aid of their chosen charities.

The 24 hour ergo challenge began at 10am on Saturday 25th. Teams of four, two, and even one, prepared themselves for a test of physical and mental grit, with nothing to see but the ergo screen before them. Tackling the 24 hours as they intend to row the Atlantic, the teams of two and four took turns on the machine, switching out every two hours for a rest. The River & Rowing Museum Cafe was transformed into a sleep den, with the museum’s security on hand to allow the athletes to attempt some shut eye. Solo rowers faced an even greater challenge, rowing 90 minutes on and 10 minutes off for the duration of the event. Every athlete who took part in the 24 hour row completed the challenge.

14 of the 35 teams competing in the Talisker Whisky Atlantic Challenge took part in the ergo challenge, which was organised by four man team of saturation divers, The Bubbleheads. Team member and key instigator, Chris Ayres explained, “We saw a lot of the teams do this sort of event, but on their own, and I thought what better way to get us altogether, rather than just do it on our own, and try to raise as much as possible under one roof.” He continued, “It’s great to meet all the other teams because not many teams meet each other before the race, you just go to the start and you’re all there. This way, we’re all getting to know each other so that when we get to the start, we can say hi, how are you doing? We’ve built up a great chat on a Whatsapp group, so we can keep in touch through that, and hopefully we can carry that on to the race.”

The Talisker Whisky Atlantic Challenge, the premier event in ocean rowing, is a 3,000 mile row across the world’s second largest ocean. The race begins in La Gomera in the Canary Islands and finishes in Antigua in The Caribbean. Over the course of their journey, the rowers will be entirely self-sufficient: sleeping on the boat, making their own water, and relying on freeze-dried food packs for sustenance. Expedition Foods and Firepotfoods, dehydrated food ration pack manufacturers, sponsored the 24 hour ergo challenge.

Rob Hamilton, whose team name is Atlantic Titan, was one of the solo Atlantic challengers taking part in the 24 hour ergo. 29 year old Rob, who works in Remenham, revealed, “I’ve done ultra marathons and things before where I’ve been going for about 20 hours, so when this came around I was thinking, maybe I should have a look at trying to do this solo. I guess, the same as with the Atlantic row, I’m curious to see what I can do. Especially because I injured my knee and got medically discharged from Sandhurst, so I’m very keen now to use that as a way to prove that I can do big things, which is why I’m going it solo. I’m very aware that time is rapidly running out, as well, but it’s going well. Training is going really well, things are moving in the right direction. It’s busy and it completely takes over your life like nothing else I’ve ever done, but in a good way.”

Rob is raising money for the international adaptive multi-sport event, the Invictus Games, and the refugee support charity, Collateral Repair Project. To prepare physically for the big event, he is lifting weights in the gym at 5am every day, and spending as much time in his 750kg boat as possible. However, he believes that the real test will be mental. Rob said, “When people think about rowing an ocean, they always emphasise that it’s rowing, it’s physical. Most of it is mental, from what I’ve heard. Being big and strong and injury resistant is really important, but it’s your ability to just keep going and keep plugging through.”

Victoria Carroll, of the team Tideway Odyssey, agreed that the mental struggle was greater than physical during the 24 hour ergo. Unlike many other groups, she and her teammate Saf Greenwood varied the intervals spent on the machine, breaking the duration down into 1.5 hour, 2 hour, and 1 hour shifts. Victoria said, “The second two hours was the worst. Everyone had gone and it had quietened down a bit and we thought we couldn’t do it. It was very satisfying though, I feel very proud. We aimed to do 250 thousand metres, and we did over 270 thousand, so I’m pleased with that. We weren’t sure what to expect really, and actually we were both saying that our lungs felt kind of okay, but our bodies were just aching and tight and seized up. It was a horrible feeling.” The pair’s spirits were lifted by a visit from Team GB rowers, Karen Bennett and Maddie Arlett. Saf recalled, “They popped down after training, and one of the Bubbleheads was asking them for hints and tips for long ergos like this, and they said ‘no we’ve never done anything like that, why would we!’” Victoria and Saf, both experienced rowers, are raising money for London Youth Rowing.

The 14 teams travelled from all over the country for the 24 hour challenge at the River & Rowing Museum. One duo, Ian Yates and Dan Wise of Team Roaring 40’s, flew over from Majorca just for the event. This is the first physical challenge of this scale that the pair have faced, and they are doing so in aid of a fitting charity – Plastic Oceans UK. Dan explained, “I’ve noticed from a pollution point of view it’s gotten significantly worse in the last 20 years since I started work, so it’s time for a change, and it’s a good time in the world right now when everyone seems to have a similar idea about making a difference. I’m a yacht captain for a living so it’s something that’s important for me. It’s a nice thing to be a part of; [the charity] are trying to do something on a global scale, something meaningful. It feels good. We’re hoping that over the next year or so we can work closely with the charity.”

The Bubbleheads’ Chris Ayres reflected after the event was over, “Every muscle is aching, apart from my nose. It was good, it was a really good thing to get us all together and do it, but I’m so glad it’s over now. I think the Atlantic row is going to be totally different, but this is so mentally challenging because you’re just sat in one position for 24 hours, rowing on a rowing machine. When we’re out in the Atlantic there’s big seas and things to see.”

All funds raised by the 24 Hour Row will be divided equally between the 14 teams to be donated to their respective charities. A number of the charities were chosen for deeply personal reasons; The Bubbleheads, for instance, rowed the 24 hours and are rowing the Atlantic for Wessex Cancer Trust. Bubblehead team member James’ wife has received support from the charity for the past six years as she battles a rare and aggressive form of cancer. Kerri Cicirello, Marketing & Communications Assistant, River & Rowing Museum, stated, “We are thrilled to be able to offer our support for this event and are deeply moved by the stories and the motivation behind the teams’ decisions to take on the Atlantic Challenge.”

Thanks were given to the River & Rowing Museum for hosting, Expedition Foods and Firepotfoods for sponsoring, Eton Excelsior for providing the rowing machines, and Chris Ayres and the Bubbleheads for organising, before the rowers celebrated a successful fundraiser with a thoroughly deserved breakfast of bacon sandwiches. More information can be found about all 35 teams via the Talisker Whisky Atlantic Challenge website.