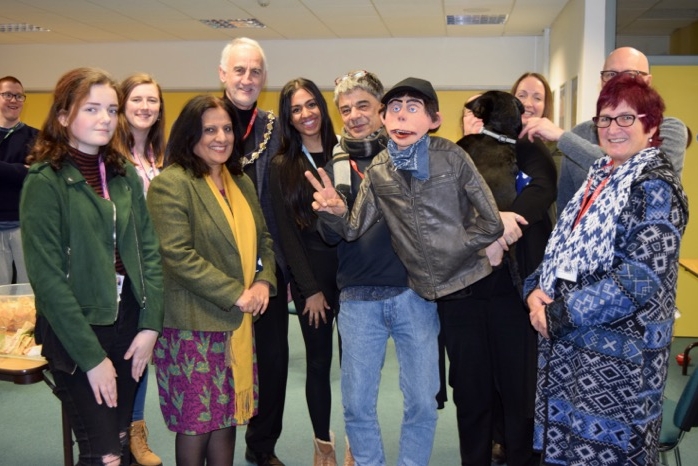 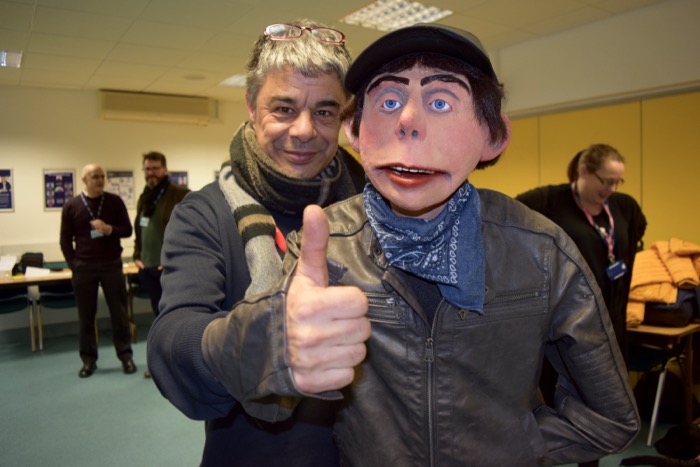 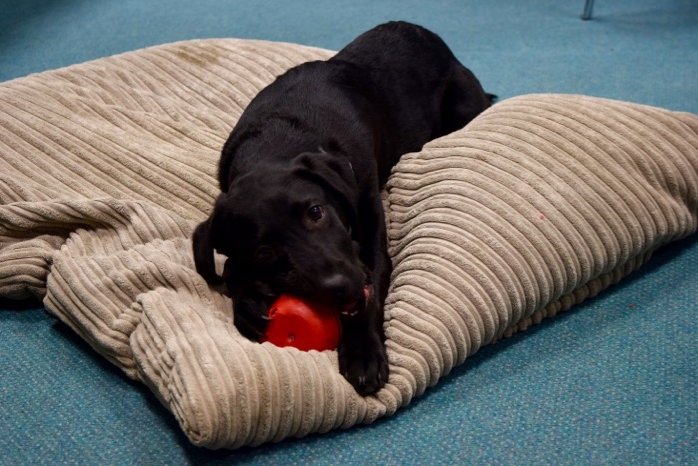 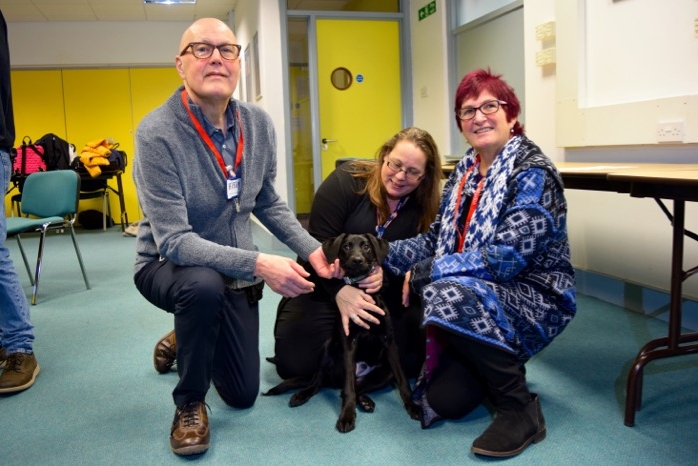 Henley College brought mental health awareness to the fore last week with five days of activities and talks on mental health and wellbeing. Known as ‘RAMPS’ week (where RAMPS stands for Risky Behaviours, Anxiety/Awareness, Mental Health, Prevent, and Stress/Strategies), the hugely successful event was funded by a grant awarded to the college by the Henley Educational Trust.

Organised by the Student Services team, Kathryn Caulfield and Sophie Charlesworth, RAMPS week offered a series of workshops, activities, talks and training on mental health and wellbeing. The week began with ‘Move It Monday’, where students were challenged to reach 10,000 steps, pedometers were given away, and drop in yoga sessions were hosted. The student who reached the most steps was rewarded with a fitbit. ‘Move It Monday’ aimed to encourage the students to engage in physical activity, which is known to help improve mental health.

‘Thoughtful Tuesday’ saw two full capacity talks from Steve Wright of Routes Puppets, attended by 500 students in total. Steve Wright, founder of the Theatre In Education company, gave inspiring talks on a variety of issues facing young people, including equality, diversity, substance abuse, and British values. Steve Wright explained, “I tell stories about students. The puppets are a distancing technique. This guy [a puppet named Shifty], he grew up in a home where his stepfather was very disrespectful, he’s a bit of a racist and the things he’s heard in his life, like a lot of students, he’s trying to process.” He continued, “I touch on mental health, on county lines and drug use, I talk about racism and discrimination and British values. I’ll be talking about democracy the week after Brexit. There’s so many good stories out there.”

‘Willing To Lend A Hand Wednesday’ involved a charity car wash for the mental health charity, MIND, led by a student leadership group. ‘Think About It Thursday’ provided students with training on mental health awareness and prevention strategies. ‘Foodie Friday’ focused on adopting healthy behaviours, encouraging students to eat well and hydrate. Free branded water bottles were given out, as well as fruit smoothies donated by Tesco. The college nurse was on site conducting mini health checks and advice. Throughout the week, students could collect a wellbeing toolkit, put together by Student Services, which contained a number of items designed to relax and distract (including colouring pencils, hand lotion, sweets, motivational quotes, and essential oils).

RAMPS week also marked the official launch of Otis, the Henley College welfare dog purchased with some of the Henley Educational Trust grant money. The black labrador puppy will be on campus for students to play with and be comforted by, with the intention that he will brighten days, lift spirits, and bring smiles to students’ faces. Otis, who lives with Head of Student Services Kathryn Caulfield, has already had a profound affect on students, and a number of parents have written in to thank the school for Otis’ effect on their children’s happiness.

Also present at Tuesday’s lunch were Henley Town Mayor, Ken Arlett, members of the Student Union and leadership team, and Satwant Deol, Principal and Chief Executive of The Henley College. Sarwant Deol said, “I would like to thank the Henley Educational Trust for giving us this funding to support our wellbeing and mental health programme. We are already seeing a positive impact from initiatives like Otis the Dog, Routes Puppets, yoga sessions, mental health first aid and healthy eating. Our students, teachers and governors are really appreciative.”

Steve Wright, from Routes puppets, attended the meeting in between his talks. He said about the problems facing young people today, “We can’t condemn young people for the situations that society puts in front of them. Whether that’s racism, because it’s not young people who started it, or whether it’s drug use, or whether it’s political fallout, we’re just trying to help them see the damage they can do to themselves in these crucial years. If you look at one story where someone gets arrested for using racially aggressive language, and he gets convicted and he’s not going to get a job. In this very accountable world that we live in, you’re only one sentence away from being put on trial yourself.”

Kathryn Caulfield, Head of Student Services and Safeguarding, organised RAMPS week to help build resilience in the college pupils. “One of the biggest things that our young people have got is mental health problems, but I wanted to focus on resilience and their wellbeing,” she said. “This week was all about raising awareness, how to keep safe, how to look after yourself. It’s something I’ve been wanting to do for a really long time, but it costs money, so we’ve been waiting to get some funding. I hope this is now the catapult that from now on I can do a week every year where I can raise awareness.”

She continued, “I’d like to do a lot more work on resilience, that’s my next big goal. I think our young people are facing so much more than we did. They’re facing social media pressures, there’s no getting away from anything at all, and I want them to start learning that they’re good people, they don’t need to be worrying about their weight, they shouldn’t be comparing themselves to others. You hear the stories of what they have to go through, some of them, and it’s absolutely horrific, and I think social media has a big part to play in all that. One of our biggest problems is that online images that they’re now expected to be and a lot of them aren’t, so they knock themselves up about it and get themselves in a state. I want to work on that, and I want them to be happy with who they are.”

The Henley Herald website provides an up-to-date and unbiased digital news service for
Henley-on-Thames
Hurricanes Can’t Get Over the Line!