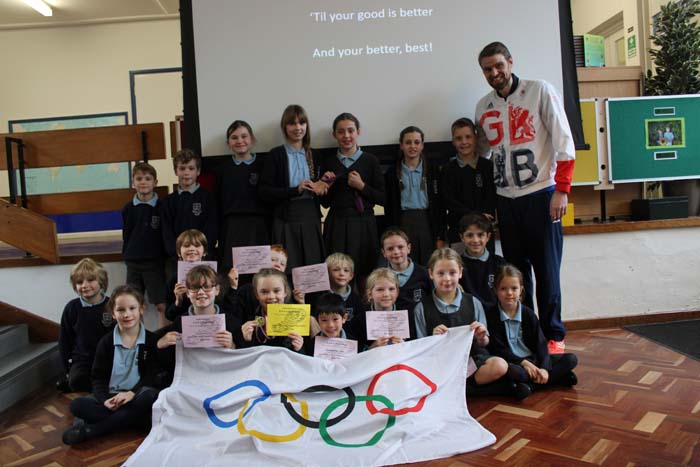 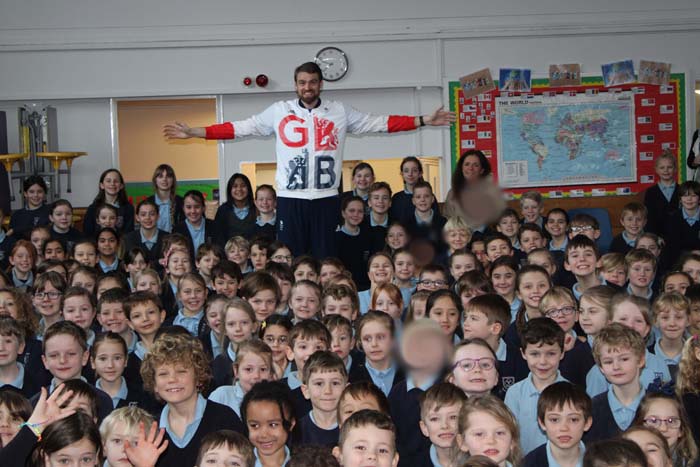 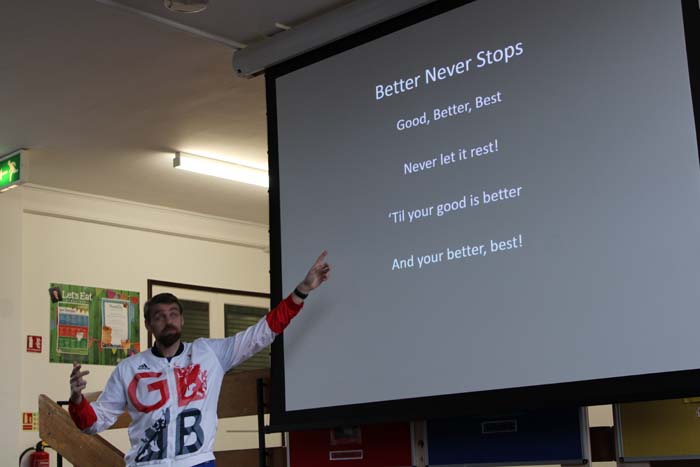 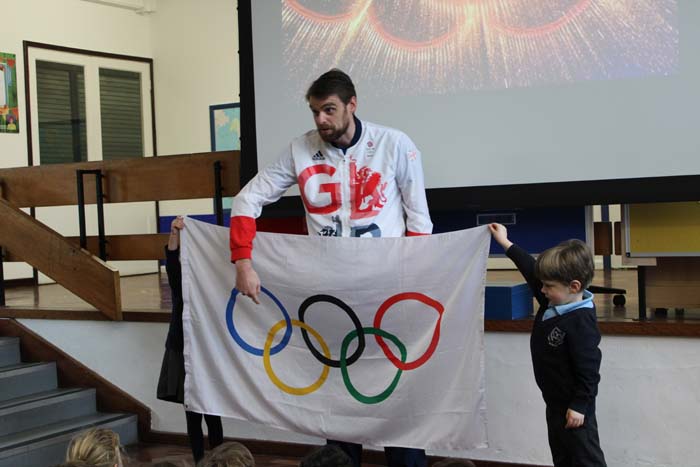 A poem read to him by his grandmother inspired Olympic Bronze Medallist, Alan Campbell when he was younger, entitled Better Never Stops.   He read this out to the children of Trinity School last Thursday when he was invited to talk at their school assembly.

The poem reads, Good, better best. Never let it rest! Til your good is better.  And your better, best!  Alan told the children, “Everyone is able to achieve their personal best.  Not everyone can be an Olympic champion but it is important to strive to do your best.”  He also spoke how important the team around is the most important thing in the world.  He talked about his rowing team mates, his coach, his family, “who all helped me to get to where I was.”  One member of the family who wasn’t around in 2012, was Tatty, Alan’s daughter who is a pupil at the school – she showed how proud she was of her Dad with her biggest smile throughout the assembly.

Alan showed the children, a photo of him when he was just 7.  After winning the bronze medal, his teacher from then wrote to him and said “I never could imagine you as a Olympian.  Alan added, “Back then I had 2 left feet, I was always picked last for teams.  I continued to try my best and luckily I found a sport that inspired me at around 12 years old after watching the Olympics in Atlanta in 1996.”

Describing the London 2012 race after showing the children the video on a big screen, Alan said, “Hearing the Dorney roar as it was called, with 95% of the audience behind me really lifted me to beat the Sweden’s Lassi Karonen who was ahead of me with just 500m to go,  When I finished I was absolutely knackered and everyone was really worried about me.  Sir Steve Redgrave helped lift me out of the boat!”

The children also learnt from Alan about the Olympic flag colours which represent all the 205 nations’ flags that compete and all the training he did between the Beijing (2008) and London Olympics (2012).  He said “I had to work really hard and lots of determination to get there.  In those years I rowed 40,000km which is one big trip around the world along with 800 hours of weight lifting.  I trained for 11 hours for every second of the 7 min Olympic race.”

The children got to ask Alan questions afterwards which included How did you feel to be selected?  When did you start rowing?  How many medals do you have? Alan replied to this question “I’ve won 3 World Championship medals, 20 World Cups and I’ve won Henley Regatta 3 times but the medal I like the most is the one I’ve got hung on the wall in my home which is from the 2009 Head of the Charles Regatta in Boston when we entered a Great8 boat with 8 international single scullers including Olympic champion, Mahe Drysdale from New Zealand who is is one of Alan’s very good friends.  The children all got to hold Alan’s bronze Olympic medal from London 2012.

After the talk, Alan presented a cross country medal to Isabella Stobie and certificates to other pupils who competed at the recent event at the Oratory School.