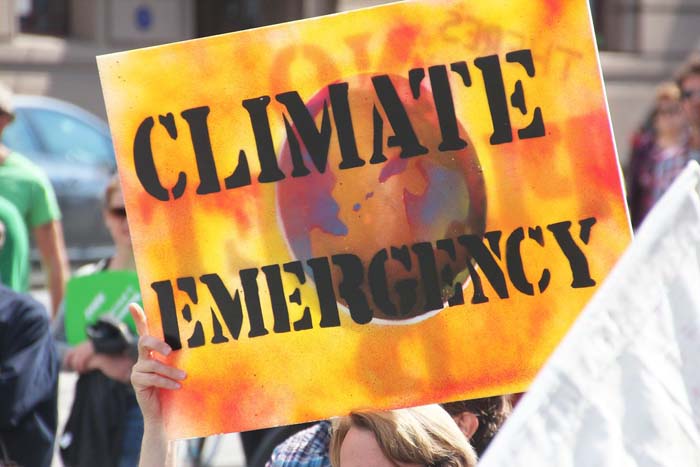 Activists from the environmentalist group Extinction Rebellion (XR) Henley attended the Full Town Council meeting held on Tuesday this week (18 February) to support the Council in declaring a climate emergency and making their voice heard.

Two XR members spoke in the public participation section. Julia Lacey, from Hambleden, gave a powerful statement. “The climate and ecological emergency is the biggest threat that all living things have ever faced,” she said, describing the devastating consequences already at play around the world, such as the fires in Australia and the Amazon basin, floods in Asia and parts of Europe, and stronger hurricanes, cyclones and storms. We cannot afford to ignore these effects and carry on with ‘business as usual’.”

Mrs Lacy added that the British government declared a Climate Emergency in May, and that some 500 local governments have now followed suit. “We strongly recommend that this Council declare a Climate and Ecological Emergency in the best interests of the local and global community.”

Anne Alridge, another XR Henley member from Watlington, said: “I am here on behalf of my grandchildren. I couldn’t look them in the eyes if I didn’t do whatever is in my power to tackle the climate emergency and make sure they have a life ahead of them.”

The Mayor, Councillor Ken Arlett, seemed visibly impressed by these statements, as were the other councillors in attendance and members of the public, and said that he himself has grandchildren and that preserving their future in the face of climate change is indeed a top priority.

After having heard a presentation of the Henley Town Council Climate Emergency 2030 Working Group.  It was noted that the Council had already acknowledged a climate emergency; had formulated a programme of initiatives; and was already in the process of implementing the schemes.

Nathalie from XR Henley said, We welcome this initiative as well the fact that the Council is keen to “follow up on the declaration of Climate Emergency with practical measures.”