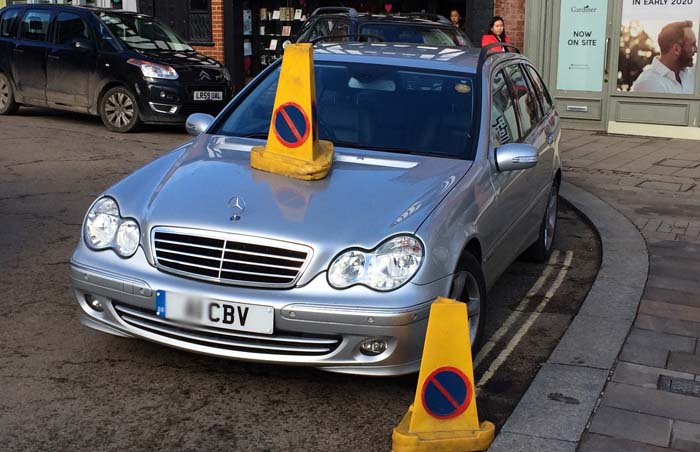 Following concerns raised by local residents, Thames Valley Police is increasing the level of enforcement to deal with illegal parking in towns in South Oxfordshire and the Vale of White Horse.

The District Councils have both publicly stated their intention to apply to decriminalise parking across the area. This is one of the very few areas of the country that has not already done so, and across the Thames Valley police area they are the only two districts that do not have either decriminalised parking or make a contribution to support the police in their enforcement work.

Decriminalisation would mean that responsibility for enforcing on-street parking restrictions, such as double-yellow lines, would fall to the council rather than simply being a matter for the police.

In response to concerns from the public this issue has been taken up by Deputy Police and Crime Commissioner, Matthew Barber, and raised with both the local area commander and the Chief Constable. The outcome has been increased targeted enforcement by Police Community Support Officers (PCSOs) as an interim measure while the councils go through the legal processes to take on responsibility for parking themselves.

Commenting on the initiative, Matthew Barber said: “There are many competing demands on the police and they have rightly been focussing on issues such as reducing violence, burglary, rural crime and the drug trade. Nevertheless, in the absence of any other enforcement, local residents are understandably concerned about the impact of illegal parking on road safety, traffic flows and local businesses.

“I am delighted that Thames Valley Police is embarking on a targeted enforcement programme in South and Vale to fill the gap whilst the councils pursue decriminalisation. I have written to both district councils and town councils in both areas to highlight this new effort by the police and asking them to look to provide continuing support to the police to allow this to continue.”

Neighbourhood Inspector, Nick Cain, added: “Our message to the public is to please park legally or you may be subject to an initial fine of £30. Illegal parking is not only dangerous but diverts precious police resources from their core role.”

Henley Mayor, Councillor Ken Arlett in response to this announcement said, “Henley Town Council welcomes the intervention of the Matthew Barber the Crime Commissioner for South Oxfordshire, in instructing the local police to enforce illegal parking, not just in Henley but in all the other South Oxfordshire towns.

I personally do not wish to see any vehicle with a parking ticket on it, I would prefer that drivers respect the law, unfortunately some drivers are not doing this at the moment. The worst offenders are the drivers that block footpaths with their vehicles by driving over the kerbs, this is a separate offence.

If vehicles are now made to move from obstructing traffic, one of the big winners will be the local bus service that gets held up from time to time.

I am meeting up with Neighbourhood Inspector, Nick Cain this coming Monday to discuss how he will be instructing police officers. I hope the message will soon get round, that there will be zero tolerance for illegal parking in Henley. With the 20 mph speed restrictions now in place, illegal parking displaced, it may now make it easier for travel in and out of Henley. Thank you Matthew Barber.”