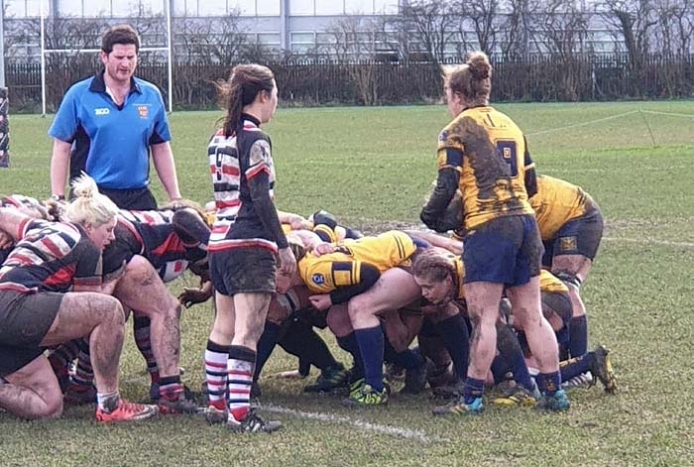 Henley Hawks Women endured a gruelling drive up north to face Novocastrians Women in the opening of the cup fixtures. The women braved the blistering winds and cold to come out on top with a 7 – 50 win.

Ten minutes in the Hawks took a devastating blow with Megan Davies putting her body on the line coming off worse for wear and fracturing her wrist. The team rallied together to ensure this wasn’t done in vein and after twenty minutes in the Novo’s 22, Nina Webb put the first score in for the Hawks which Rachel Humphreys converted.

The forward pack working hard at the breakdowns to ensure clean ball to Rachel, again making a spectacular line break to give Jennie Green-Hope in the next phase the clear run to the try line evading Novo defence to put the score to 0 – 12 for the Hawks.

The build of confidence from the team gave them the winning edge leading into half time with Nina putting the ball over the try line and Rachel Humphreys in for a second conversion of the game. Score 0 – 19.

Into the second half neither the team nor the howling weather letting up, put copious amounts of pressure on to the Novo attacking phase forcing the knock on. The strong scrum of the Hawks gave Lini Kaufana a leading platform to breach the Novo defence to put the ball down for the fourth try and Rachel converting for the third time.

The forwards once again setting the platform phase after phase securing against the heavier pack, gave the backs time to exploit the space for Nina to take her third try with ease. Once again convert by Rachel for a score of 0 – 33.

Katie Philips coming off the bench with great impact breaking the gain line with Lini in support. Unselfishly Katie offloads the ball to Lini for her second try of the game. Unfortunately, no conversions this time round.

Novos were finally awarded for their great effort and play of the ball giving them their first try and conversion on the game. Taking the score to 7 – 38.

This wasn’t going to dent the confidence and morale of the Hawks. From the restart Laura Wilkie playing the advantage of the Novo knock on picked up the ball and ran in straight under the sticks. Mia McCreesh scores her first conversion, bringing the score to 7 – 43.

This doesn’t stop here for the strong attacking line of the Hawks. Mia makes an absolute whirlwind of a line break dodging the defence of the Novocastrians to put the Hawks final score to 7 – 50 even converting her own try.

Players Player – Sam Page, using her leg drives Sam was consistently going forwards in attack, and therefore a persistent threat to the Novo’s defence. Sam was also strong and effective within the scrum as well as put in phenomenal tackles throughout the game.

Coach’s Player – Christina Gibson, the scrums put a huge amount of pressure on the Novocastrians and Christina was instrumental in this as well as some incredible throws into the line-out in extremely windy conditions.  Her work rate around the pitch was immense, competing for the ball effectively at defensive break downs. 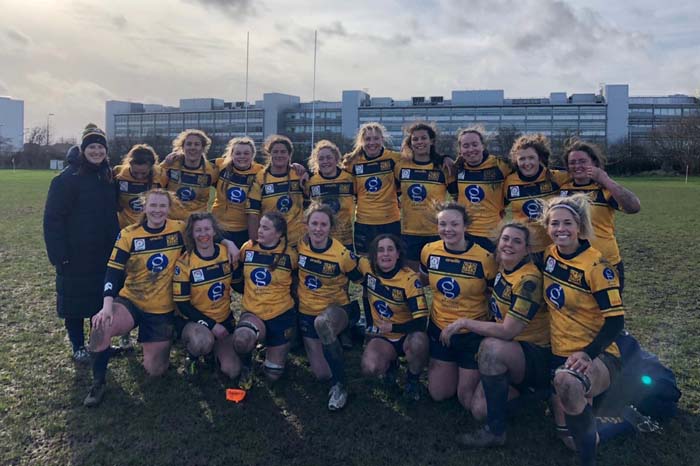