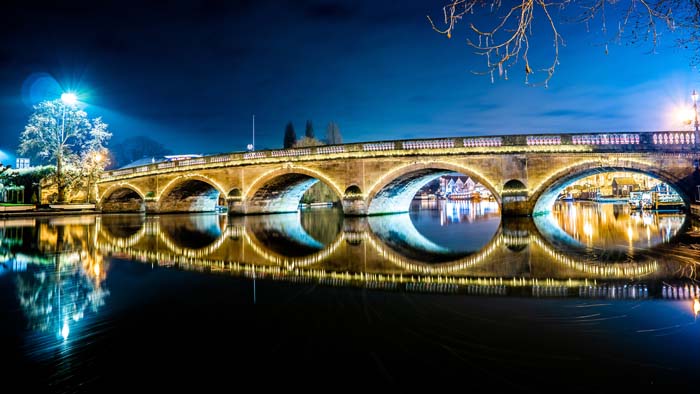 The planning application for permanent lights to be fitted to Henley bridge was put before Henley Town Council’s Planning Committee this week.

A resident and member of the Henley Archaeological and Historic Group expressed concern about the effect the lights would have on the Grade I Listed Bridge and the surrounding buildings, considering the impact to be significant. As such they objected to the proposal. They also stated that any defacing of the Grade I Listed structure should be prosecuted.

Afterwards, Councillors recommended approval subject to the satisfaction of the Conservation Officer, OCC and Structural engineers. The permission should be subject to conditions on how the lights will be fixed to the bridge and the hours and days of use. For example, the lights should only be switched on during Friday and Saturday and holiday periods. The permission should be subject to the written agreement between SODC, OCC, Wokingham District Council, and the applicant over the safety, maintenance and third-party liability. This should be reviewed in 12 months to check whether these agreements have been adhered to.

Henley Society have made the following comments on the application “The Henley Society has no fixed view on whether or not the bridge should be illuminated, assuming,of course, that no damage is done to caused to the structure. However, if permission is to be given for illumination, it wishes to make three recommendations:
1. It would be preferable to revert to the previous design with individual LED bulbs, rather than having strip lighting which would be out-of-character with the appearance and status of the grade 1 listed bridge.
2. There should be no option of changing the colour of the lighting from white.
3. Once installed, control of the lighting should be in the hands of the appropriate local council.

The planning application will now be reviewed by SODC with a target decision date of 7 April.  The petition which the Herald started in 2018 now has over 2,700 signatures from residents who would like to see permanent lights fitted #MakeHenleyShine.

Clive Hemsley who is behind and will be funding the project said, “I was pleased to hear that Henley Town Council have recommended approval to South Oxfordshire District Council (SODC).  I understand there will be conditions and will take these on board although I would like to see the lights on every night but with limited hours.  I hope that Wokingham District Council and SODC give their approval so that we can get the installation fitted in time for the summer celebrations and events in Henley.”