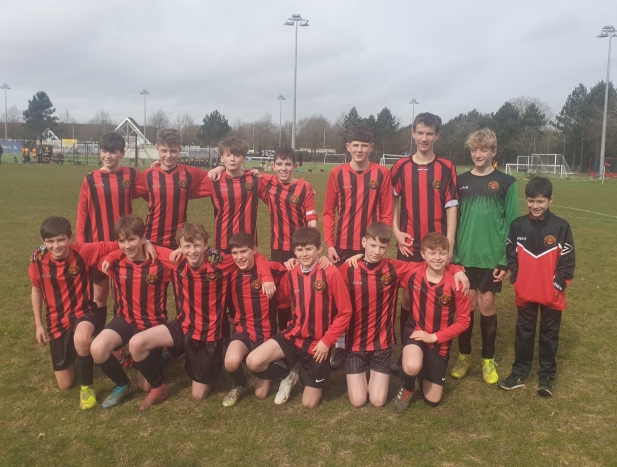 The Hurricanes started brightly and went quickly into the lead as Tom Atkinson played an inch perfect cross along the six yard box to give Harvey Herbert the easiest of tap ins.

Joe Winpenny was having the game of his life at the back as his clearances were superbly timed and really launched the ball forward which caused mayhem in the NPL back line.

Captain Olly Saunders had to be at his sharpest to come across and make a crucial interception to keep the hosts advantage in tack. He was ably assisted by Luca Thomson whose heading prowess and strength in the tackle was key to giving the Hurricanes the platform to get on the front foot.

This allowed Henley to go and get the second as Morgen Wynn-Jones flicked a lovely through ball to Henry Mendelsshon. Mendelsshon only needed one look to see the advancing keeper off his line and deliver an exquisite chip over him to make it 2-0.

Joe Turner was anchoring the midfield protecting the back four but he still had time to send Mendelsshon through and Mendelsshon again chipped the keeper and although he got a hand to it, it wasn’t enough to prevent it going in as the hosts went 3-0 up.

Man of the Match Tom Yeoman was having a great game down the right wing and he played in Harvey Herbert as Herbert skipped past the keeper to finish with great aplomb to make it 4-0 to the Hurricanes at half time.

Sam Robinson started the second half well and he forced a corner for the Hurricanes. Atkinson took the corner and he floated it in and saw it drop in at the far post as the hosts led 5-0.

Full backs Tom Bonser and Henry Steel were marshalling the NPL wingers with consummate ease and negated their effect as the visitors chances were limited.

Ben Horner, in the home goal, had little to do but his handling was exemplary and his distribution was very effective in setting up the Hurricanes attack.

Finnbar Scott was proving his versatility as he switched from centre back to centre forward and he was unlucky not to add to the Hurricanes’ scoreline. Ethan Holliday was also having a good game and he hit a shot just wide as the Hurricanes strolled through the second half.

NPL did mange to score a consolation goal late in the game but it finished 5 1 and the Hurricanes will now play Bracknell in the semi final.

Managers Turner and Atkinson were said to be very pleased with the performance and were looking forward to the semi final.

Dressing Up Fun for World Book Day
Scroll to top