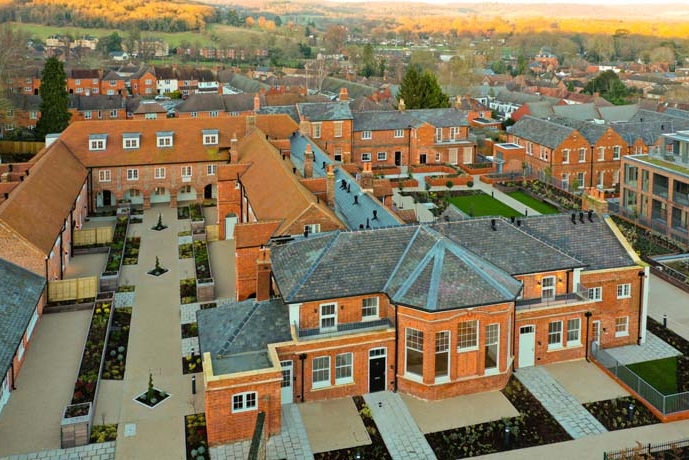 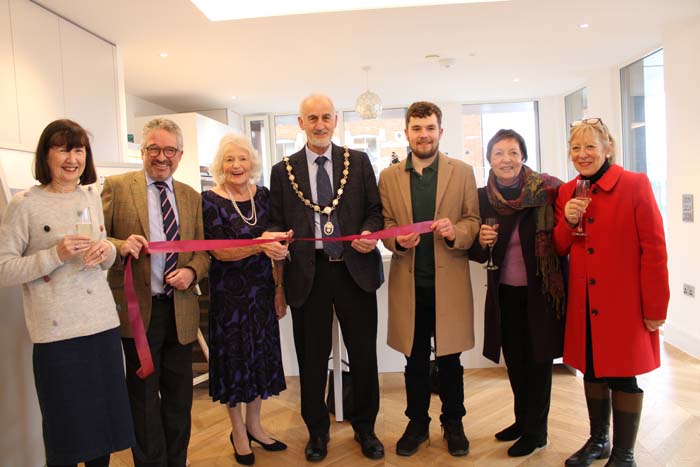 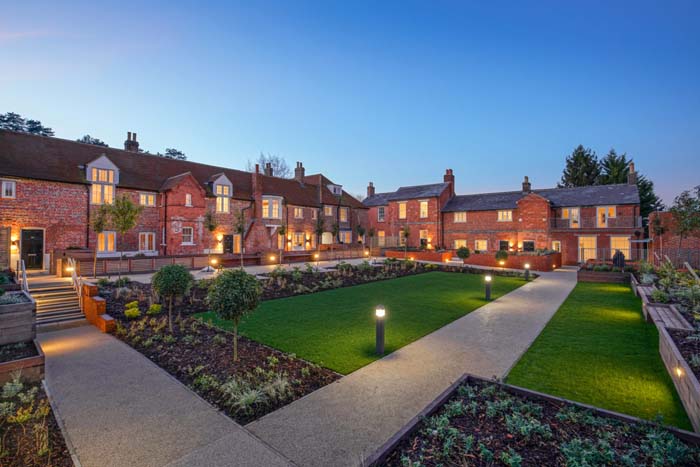 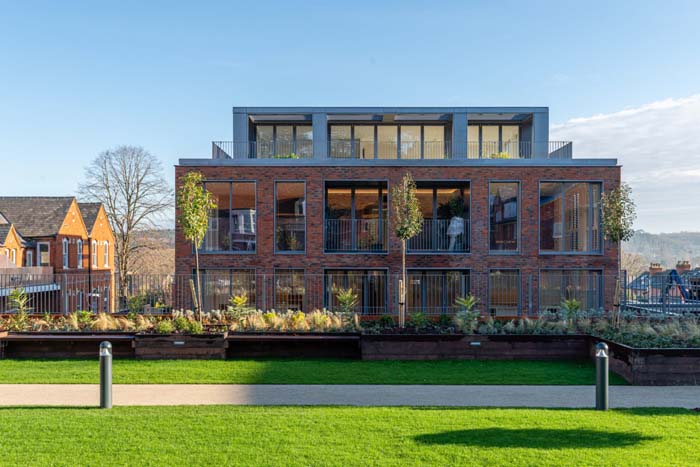 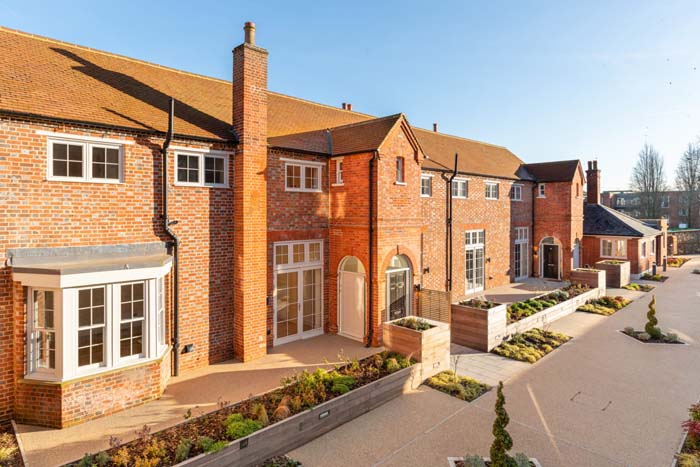 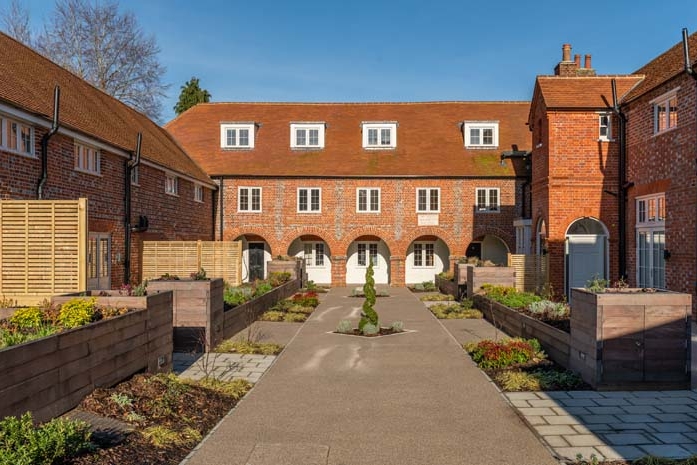 The renovation and conversion of the old Henley Union Workhouse buildings into new homes next to Townlands Memorial Hospital is finally complete after four and half years with the first residents moving into the newly named Laureate Gardens.

The name Laureate Gardens was chosen to mark the association of Poet Laureate Samuel Taylor Coleridge who visited a fellow soldier staying at the site, and whilst there it is cited he wrote a number of his noteworthy poems including The Ancient Mariner.  The development, some of which dates back to the 1790s and is Grade II listed, is split into four buildings all named after other poets.  The old Victorian school has been named Tennyson House, Austin Mews built in 1886 after Alfred Austin, the workhouse buildings (Wordsworth Court) plus a new modern building (Masefield House) which houses 8 luxury apartments.

The development, built and renovated by Amber Infrastructure Group, offers 34 two and three bedroom homes for the over 55s with beautifully landscaped gardens, a gated entrance plus underground parking. The new homes are proving popular as 25% of the homes have already been reserved and/or sold.

Last week, Henley Mayor Councillor Ken Arlett was invited to officially open the development with David Tate from Davis Tate estate agents who are the agents for the development.  David said, “It’s not really an opening ceremony, more of a welcoming ceremony, for those of you who are now moving in after what can only be described as a long wait for quite a lot of you who reserved a long while ago. At long last we can see exactly how it is going to work when you come and live in Laureate Gardens and to see the great renovations of these lovely old buildings that has taken place.”

Reminiscing about growing up in Henley, Ken told the guests how as a boy he and his friends used to make trolleys which they rode down York Road onto Kings Road.  He said, “We’d do a quick 90 degrees at the bottom and the only way you would get injured was if you fell off your trolley because in those days nobody had a car and where the roundabout is was a dead end.”  In Ken’s previous last term of office on the Town Council (around 14/15 years ago) he was involved in the fight, with the help of the then Henley MP Boris Johnson, to save Townlands and to look at plans for renovating the old workhouse buildings.  He commented, “I didn’t realise how much was going to be here and how much work has been done.  I’ve had a look around and it’s very impressive.  I’ve been a builder for 50 years and I would say that the finishes on these buildings are probably the best you are going to get, it’s excellent.  The builder can be very proud of what they have done.”

Jason Applebey, Henley Branch Manager at Davis Tate said, “I have an association with the development as I’ve been told I was one of the last babies to be born in the old hospital.  Amber came to us to sell the properties because we are local and we sell this type of thing.  It’s lovely to see it coming back to life after being derelict for so long.  The refurbishment parts have been done very carefully.  The windows have been kept in keeping with the building but everything is now thermally efficient.  The two penthouses in Masefield House sold very quickly. We could have sold lots more of these – they have great views of the river.”

Tricia and Brian Ellis are moving to Laureate Gardens from the Lake District to be nearer their son who has lived in Henley for 25 years.  Tricia said, “My husband has Parkinson’s so we were looking for something all on one level and our son told us about the development.  We’ve visited Henley many times and enjoy the river.  We’re looking forward to getting to know more people.”

Christina is moving from Britwell Salome to an apartment in Masefield House.  She reserved her home 2 years ago.  Christina commented, “I’m looking forward to moving in next week.  I don’t drive so the location is perfect for everything – I can can walk to the shops, cinema, theatre etc.”

Henley resident Valerie Alasia published a book in 2016 about the history of the Henley Union Workhouse after 20 years of research.  The book charts how the poor families that lived and worked in the Union Workhouse were treated by the authorities, their health and diet, activities and the role of The Master and the Gatekeeper who dealt with vagrants.  It tells of the work that the men and women were charged with which included picking oakum (old ship’s tarred rope), breaking stones for road building, laundry and sewing, and how the children were trained so that they wouldn’t be a charge on ratepayers like their parents.

For more details go to https://laureategardens.co.uk