The music element of Oceans themed Henley Youth Festival kicked off on Saturday night with Gig Night at a new venue for this year, Magoos.

Ten live acts played to a packed back room at Magoos featuring five bands and five solo artists with four of the acts playing some great original material.

Singer-songwriter Hannah Leach-Scrivens (14) (above) opened the event playing two of her own songs on the piano Little Garden and Eternal Love. Her exquisite vocals set a high bar for HYF Gig Night.  Hannah said afterwards, “It was my first time performing at Magoos and it was really great. It was a brilliant opportunity to perform there and I loved being able to sing in a different atmosphere to usual. I was very nervous, but once I got into my song, it lessened.”

Reading band Mockbeggar stood out as a rising talent. Tommy (15), Joseph (15) and Jack (16) got together 9 months ago and played two covers and one original track Take Me Away which saw the audience filled Magoos back-room clapping, hollering and shouts for “more”.

Le Moyne entertained with a deep dive into punk and post-punk classics. Oscar (bass guitar), Julian (guitar, drums, saxophone) and Lucas (drums) from the Hurst-Twyford-Charvil area drew a crowd of young fans and appreciative oldies who re-lived their youth to the sounds of The Clash, The Jam, The Pixies and Madness’ One Step 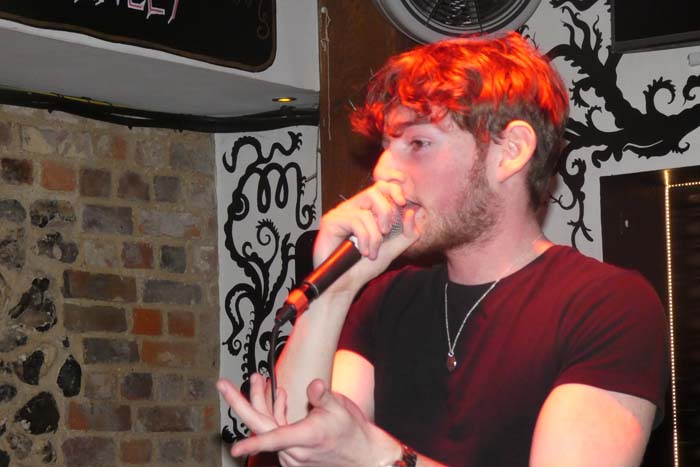 Gillotts’ band, The Wires who started just three months ago with their first gig being an all-school assembly played a great set of rock classics that included Song 2 by Blur, Live Forever by Oasis and Seven Nation Army by The White Stripes. The band is made up of Year 7 & 8 students Felix Richardson and Joe Archibold (guitar, vocals), Jess Robinson (bass guitar) and Ela Chamberlain (drums).

The Dreamfeed played a five-song set featuring two original numbers by their singer-songwriter Jodi, When I wondered and 21st Century. The Year 12 band – Jodi Liz (guitar, vocals), George Strange (drums) and Aaron Corbett (electric guitar, vocals) also covered Kasabian and Nirvana classics, and played out with Smells Like Teen Spirit. Jodi Liz said “We play this all the time at college – you know what, it gets the crowd going.”  Afterwards Jodi Liz said, “Speaking for my band, DreamFeed, and myself, Friday night was a fantastic atmosphere and we thoroughly enjoyed ourselves. Thanks to the organisers for putting on a brilliant show!” 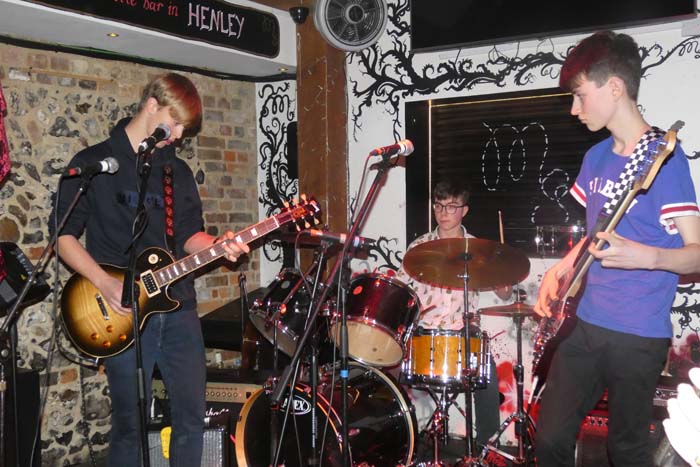 Smash Hit Musical Little Shop of Horrors Brought to You by Reading Operatic...
Scroll to top