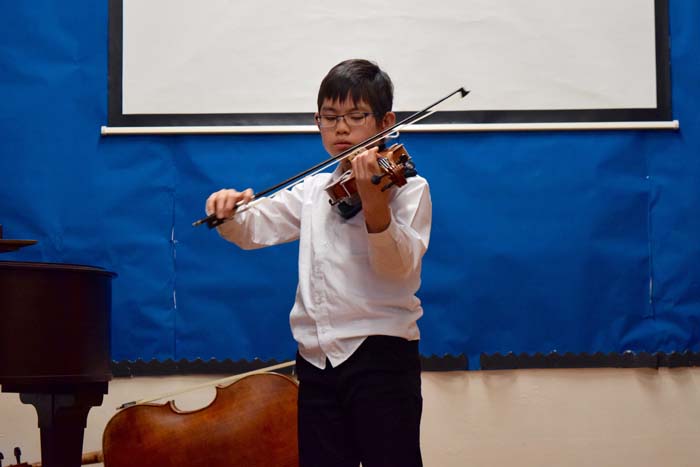 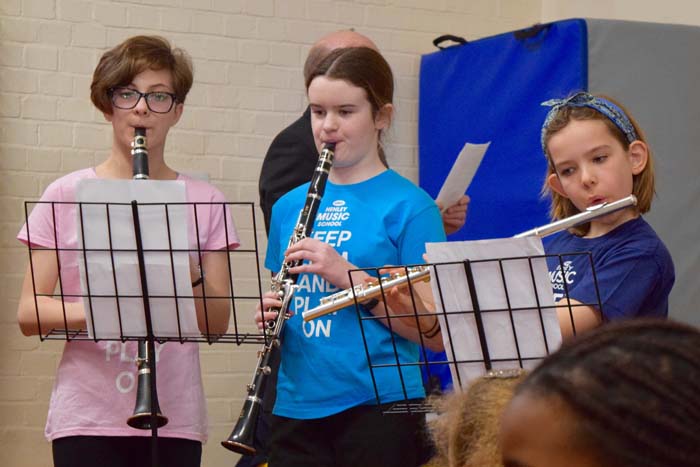 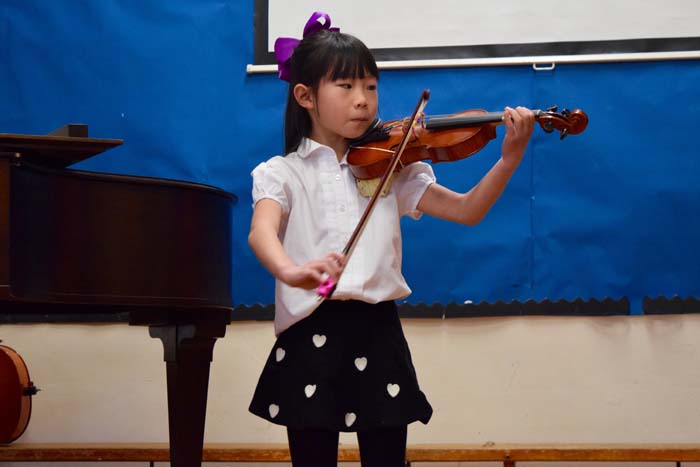 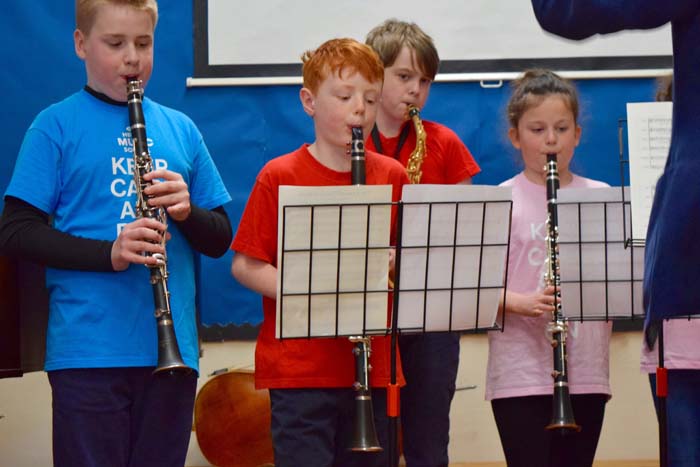 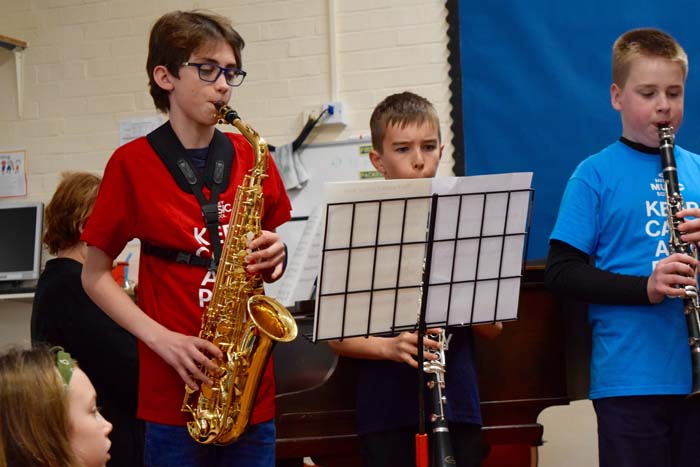 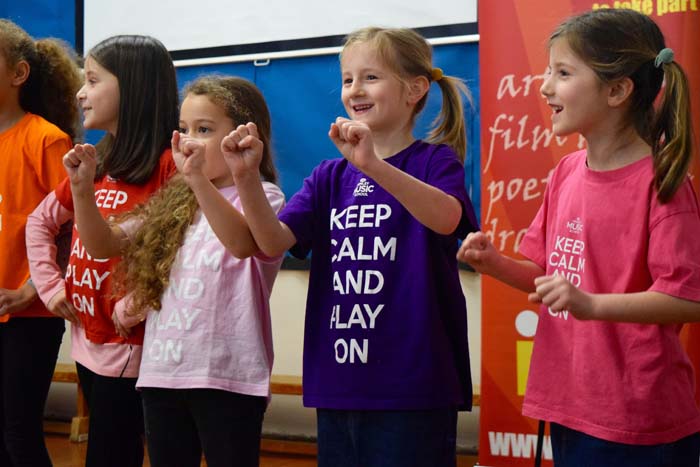 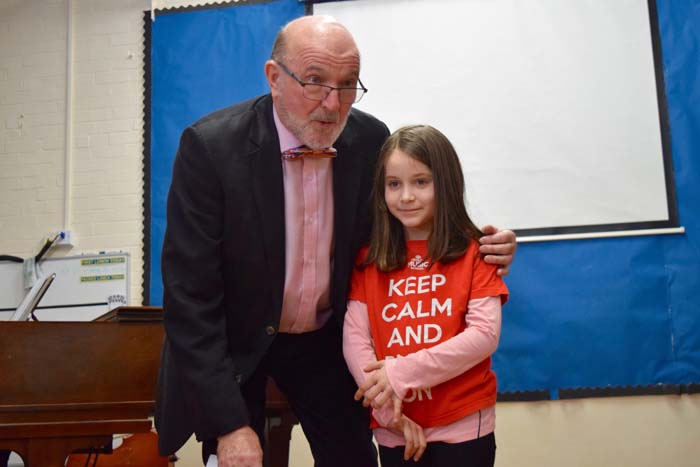 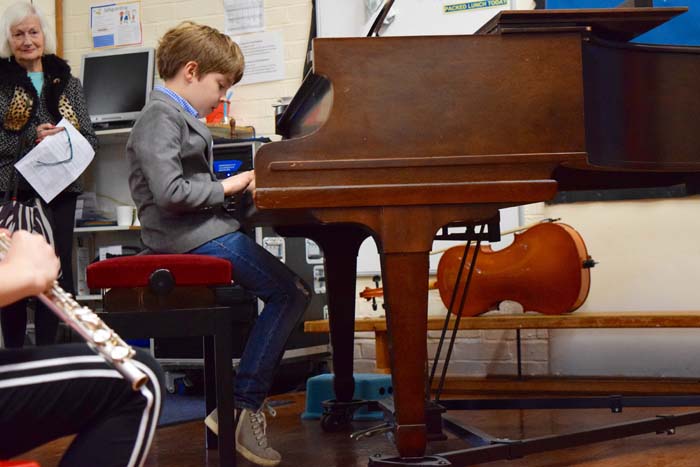 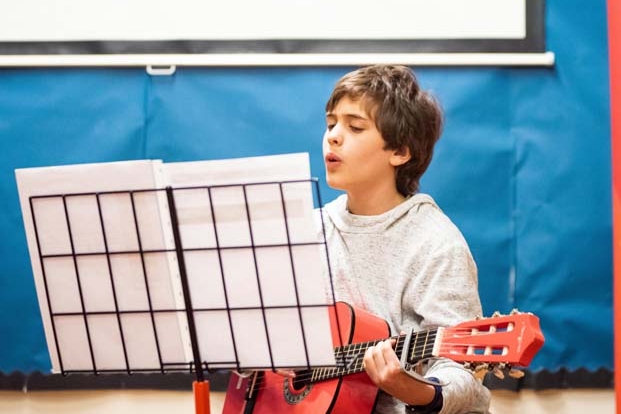 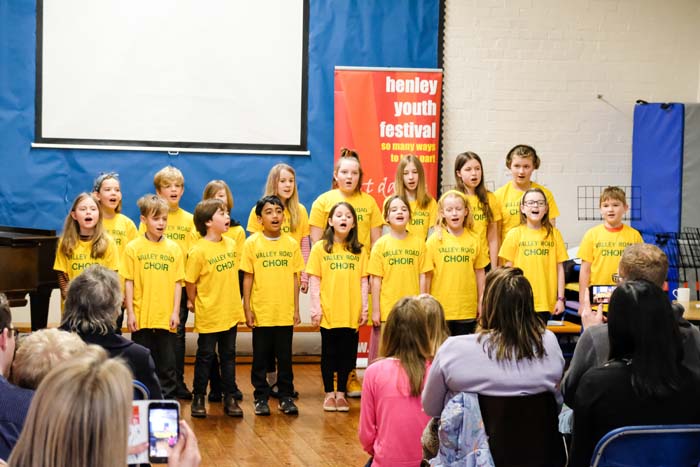 Junior Proms brought together many of Henley’s most talented young musicians, with performers as young at five dazzling the audience with their musical prowess. On Sunday (8 March) at Rupert House School, over 50 children performed both in groups and on their own for the packed hall of proud parents. The local groups involved were Henley Suzuki Violin Group, Valley Road School Choir, Studio Forcada Violin Group and a number of Henley Music School ensembles: Henley Music School Windies, Mini Choir and Flutes & Toots.

The fledgling musicians showed a mastery of many different instruments, including violin, guitar, piano, cello, and voice. In the first session, making his debut at the Henley Youth Festival, Trinity pupil Charlie Ward stood out for his strong performance of Train’s ‘Hey, Soul Sister’ on guitar and vocals, receiving a huge round of applause. 6 year old Noemi Grace Martini, who played ‘Cotillon Polka’ by Johann Strauss Jr on piano, was confident and accomplished in her performance despite having only started playing the piano last October. She told the audience that she hopes to play her own music when she grows up, to which compere Alfie Hay responded,“Start now, and believe in yourself.”

In the second session, Henley Music School Mini Choir got the audience smiling with their fun version of ‘Grandma, Grandma’. Complete with accompanying actions, the young choir’s performance was playful and polished, and a tribute to the Henley Music School. The penultimate performer of the day, Misha Yakovlev, took everyone’s breath away with his rendition of Dancla’s Air Varie no.5 on violin. Misha, only 10 years old, demonstrated a proficiency far beyond his years, playing with the skill and poise of a mature musician. Without even the need for sheet music, Misha’s performance was utterly captivating.