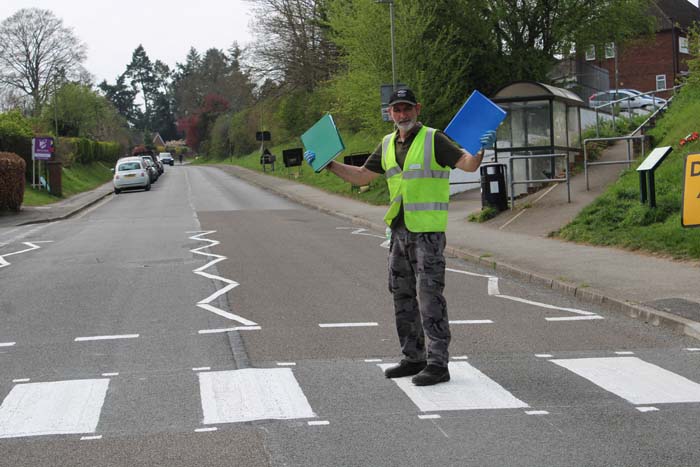 After over 7 years of campaigning, the zebra crossing on Greys Road was finally finished last night (Tuesday) after the road was painted. The drop curbs and poles had been installed a number of weeks ago before the coronavirus outbreak.

Henley Deputy Mayor, Councillor David Eggleton has been campaigning since 2013 when all his children were at Sacred Heart School.  Over the years, the proposal has nearly been taken off the Henley Town Council’s agenda as no progress was being made.  Three years ago David offered to do week long survey to count the number of pedestrians crossing Greys Road (before and after school) where the proposed crossing would be.  He recorded 100+ people for the highest daily number.  In 2018 the zebra crossing was put forward by the Transport Strategy Committee and the Town Council agreed to pay for the zebra crossing from the Community Infrastructure Levy, housing developers have paid them.  Last July a public consultation was opened and in September Oxfordshire County Council approved the installation.

Back in 2013 we interviewed David who said, “Over the last few weeks I have seen a number of incidents where a car has stopped to let people across and vehicles from behind have gone to overtake the front car and not realised that there were people crossing and there have been some near misses.”  At Henley Traffic Advisory Committee Meeting in October 2013 Mr Stenning, Oxfordshire County Council Area Steward – South for Environment and Economy reiterated, “It is Central Government policy that presently govern the requirement that a crossing will only be placed after an injury accident has taken place.”

Today David said, “I’m over the moon.  All things take time but I am really happy to see it finally installed.  It will make a lot difference.  Parents can now send their children to school or the shop safely.  Both children and elderly people now have the reassurance that cars will stop and they will be able to cross safely. There’s a plan for two more crossings planned which will be make our town safer.  There’s an increase in traffic and people not abiding to the speed limits.  The crossings will slow people down.  Big thank you to everyone involved including Sacred Heart School, parents and Oxfordshire County Councillor Stefan Gawrysiak for making this happen.”

Councillor Stefan Gawrysiak added, “It’s brilliant news after many years of campaigning for the crossing, we have succeeded in doing it.  Thanks to Dave Eggleton, Paula Issaac, Ken Arlett and Sacred Heart School for helping to push it through.  I think this crossing will be brilliant for all the residents around that area as it will provide a safe crossing across the road.  This is the first of 3 crossings that we have planned the others are Gravel Hill and Swiss Farm both of those were due for consultation but they have been delayed at the moment because of the Covid 19 crisis at the moment.” 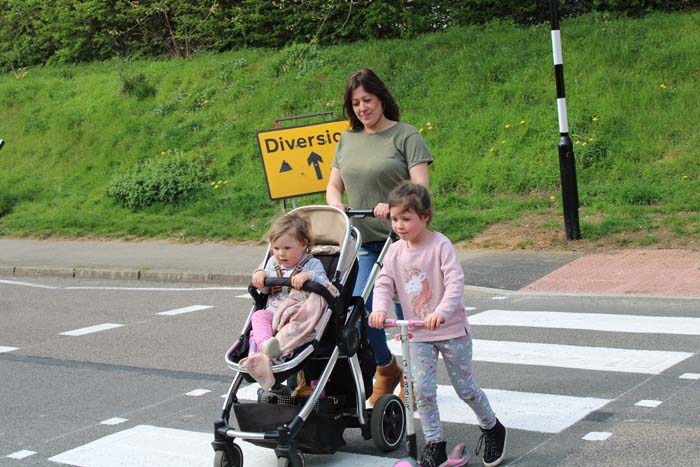