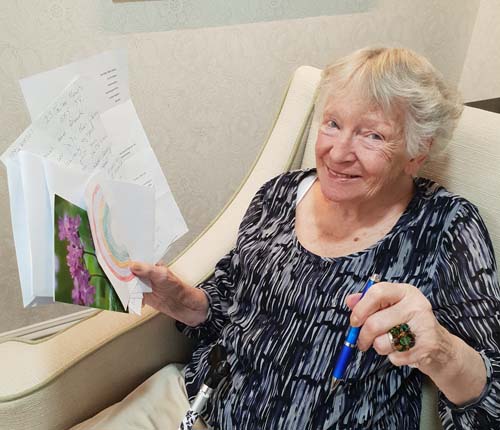 The residential, dementia and nursing home which has been closed to visitors following Government advice, started the pen pal club and advertised for people to get involved on social media.

Since their post on Facebook and Twitter, the home’s residents have received 15 postcards, letters and pictures from the community, pupils at Gillotts school and residents at EHPAD Refuge Protestant Castres, which is a care home in the South of France.

Customer Relationship Manager at Henley Manor Care Home, Charlotte Bennett said: “We set up our pen pal project a couple of weeks ago as a way for our residents to stay connected with the local community. We have received a great response so far and a number of letters, postcards and cards have been delivered not just from the Oxfordshire area but from across the country. A care home in France has even been in touch, which is fantastic.

“We’ve really enjoyed reading peoples stories and experiences during the lockdown and the residents have found it very comforting to share theirs.”

If you would like to join the pen pal club simply write a letter or postcard including your returning address to Henley Manor Care Home, Mill Lane, Henley on Thames, Oxfordshire, RG9 4HD.

The residents will write back to you in their fortnightly correspondence activity.