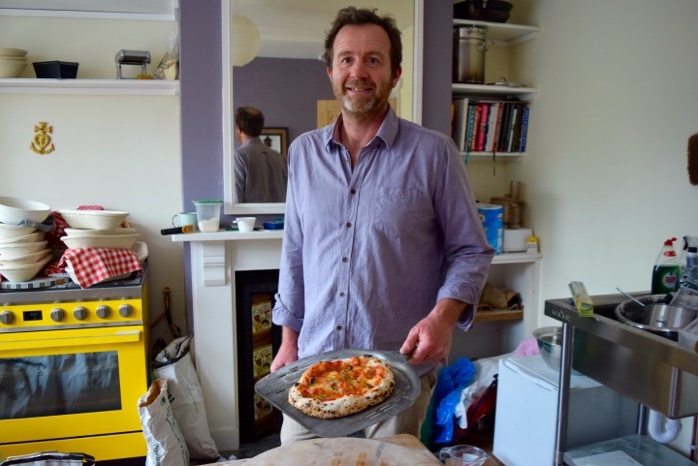 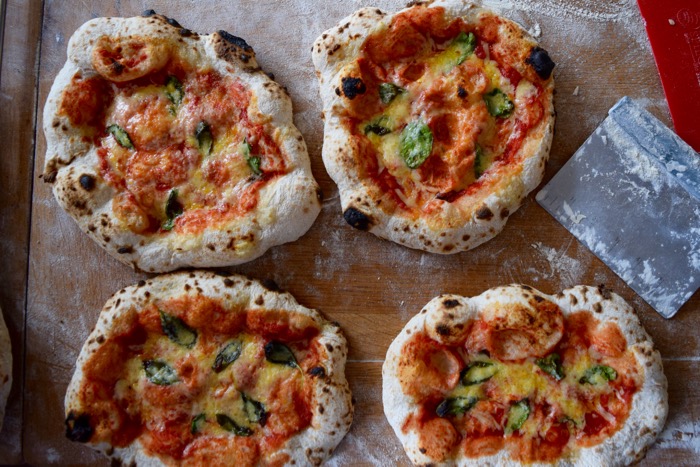 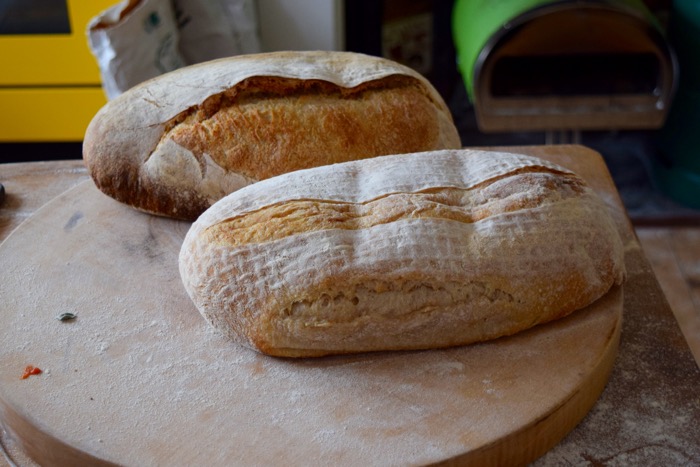 As the coronavirus pandemic continues to cause chaos for local businesses, The Boston Road Baker isn’t loafing about. Tom Tuite Dalton has risen to the challenge of adapting his business model by delivering fresh sourdough loaves to doorsteps in Henley and beyond.

The sourdough enthusiast, who runs his bakery out of him home in Boston Road, has been baking bread for Henley since just before Christmas. Until the lockdown, Tom had been supplying the Duke St cafe Spoon twice a week with loaves for their sandwiches and for sale to the public. However, with Spoon closing due to the coronavirus pandemic, Tom had to get creative with how he could meet the town’s need for sourdough. Travelling around town on his bike, Tom delivers sourdough direct to people’s homes, leaving the paper-wrapped loaves on their doorsteps.

The sourdough delivery service has seen a roaring trade, with customers all over Henley ordering from The Boston Road Baker. Tom has also seen huge demand for his pizzas: Neapolitan-style with a British twist, the sourdough-based pizzas are topped with tomato passata, vintage British cheddar, and basil. The pizzas are baked in his garden, in a pizza oven purchased as a family Christmas present a couple of years ago.

Although he encountered some issues sourcing flour in the immediate wake of the pandemic, Tom has since found a supplier and has more interest than he can handle alone. He said, “I’m getting really good feedback on both the bread and the pizzas and not needing to do too much extra marketing. It’s more fielding email queries as I’ve done some advertising on Facebook and through word of mouth. At the moment it’s just me doing everything, so I’m keeping myself very busy.”

Before bread baking, Tom Tuite Dalton worked in finance, and had been an investment writer at Invesco until 2016 when he left to write freelance. About two years ago, Tom took a week-long bread making course with Richard Betinet at the revered Bertinet Bakery in Bath, where he caught the bread making bug. He began baking bread for his Airbnb guests, and was prompted by their positive response to take samples to businesses around town, at which point he began working with Spoon.

With many people around Henley confined to their households, Tom’s sourdough delivery service is a slice of joy in the troubling and monotonous new normal. He expressed, “I feel that I’ve got a bit of a purpose, whereas perhaps when I was working in the city and doing what I used to do, fund analysis and things like that, it’s a bit less clear cut as to what value you are adding when you’re taking commission from various things. I feel like, helping certain people who can’t get out and they like the bread, it’s more satisfying. Making bread is satisfying anyway but for those people who can’t get out, it’s extra satisfying I’d say.”

One of the people to benefit from Tom’s deliveries was his neighbour, Phil Burrows, who received a sourdough loaf whilst in isolation. Phil, a graphic illustrator, was so pleased with the bread that he sent an illustrated thank you note. Phil’s drawing is now being used as The Boston Road Baker’s logo.

Tom said, “It’ll be interesting, when the lockdown finishes, whether business continues. My hope is that I can continue and there will be some loyal customers who keep buying bread and pizzas from me. I don’t want to expand rapidly. It was always going to be a business just for Henley. I remember reading about a franchise business someone in Cardiff started, a former journalist, based on the sustainable idea that you make your bread at home and deliver it to people within a one mile radius of where you live by bike so there are no food miles. So I had that idea and I’ve been doing that, going within a one mile radius, apart from the exception of going to Shiplake once a week and a few other places round and about.”

Tom Tuite Dalton also hosts bread making Airbnb experiences and teaches bread making courses at his home (which was given a 5* hygiene rating by SODC), which he hopes will be able to start up again once the lockdown ends. “They were well received by people who want to learn how to make sourdough,” he said. “It’s quite a therapeutic thing.”

In times of uncertainty and hardship, The Boston Road Baker’s sourdough loaves and pizzas are a little bit of much needed luxury. Making sure that the Henley community needn’t give up the simple delight of sourdough bread during lockdown, Tom Tuite Dalton is sure to be the toast of the town. Visit his website to enquire about an order.