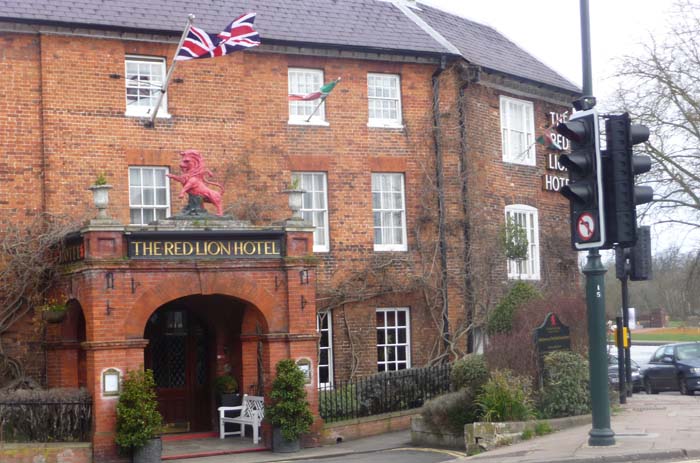 Mayor of Henley Ken Arlett wants to find out why he and other SODC Councillors Stefan Gawrysiak and Kellie Hinton were not informed of vulnerable homeless people being offered accommodation at the Red Lion Hotel by the District Council, who are causing problems to a neighbour.

Councils across the UK were given a government directive to provide accommodation for their homeless population to protect them from coronavirus.

A nearby resident has been reporting problems of anti-social behaviour at the hotel to the police for a number of weeks.  On 7 April two occupants of the hotel were arrested and on 8 April the resident saw an ambulance taking away a hotel occupant who was believed to have been assaulted.  The resident said, “They’ve made my life a misery for the last 5 weeks.”

Father Jeremy from St Mary’s Church also reported his concerns to Henley Mayor, He said “I am totally supportive of the principle of using hotels to get people off the streets, and I am quite happy to have homeless people as my neighbours.  I have volunteered in homeless shelters myself in the past and I understand something of the complexities and difficulties of their situations.  But I do have some concerns about the way this has been managed in our particular context, both from the point-of-view of neighbours, and of the guests themselves.”

A spokesperson for Thames Valley Police said, “Officers were called to reports of a theft at this location on 7 April. A 41 year-old woman and  a 39-year-old man were arrested in connection with this and released under investigation.  The latest calls (on 22/4 and 28/4) were reports made of anti-social behaviour at this premises. The Neighbourhood Team has been made aware of the situation.”

Councillor Ken Arlett said, “I contacted Mark Stone, CEO of SODC, and asked who these people were, where they had come from and why we had not been informed.  I didn’t receive a reply to all my questions.”

Owner of the Red Lion Hotel, Sam Gill, said, “There were a few teething problems to start with.  We are working closely with SODC who are brilliant to work with.  I’ve had conversations with some of the people staying with us, which include an Olympic photographer, a pub tenant and a gardener, and it’s very rewarding to hear that we are helping people’s lives.  We are rehabilitating people and they are going from here to be permanently rehoused. We and the Council are so proud what achievements we have achieved with these individuals.”

One of the individuals, SU, posted on Henley Community Matters Facebook group: “Today I am leaving Henley. Because of coronavirus, I have been homeless in Oxford. The Council helped to find a temporary solution in a hotel in Henley. They arranged a new hotel in Oxford again now. I tried to find a room in Henley but because of lockdown, I could not do anything. I hope I can find a room to stay at lovely town in Henley in future and come back again. I cannot forget my long walks in Henley

. I discovered many places to be visited and took pictures and shared in this group. Henley area is very nice. People are very helpful. Take care Henley and stay at home.”

A spokesperson for SODC said, “We have placed a small number of residents into temporary accommodation at the Red Lion in Henley.  Our primary responsibility is to help to safeguard vulnerable individuals from COVID-19 and to provide them with the necessary support.   We’ve provided this arrangement in line with a directive from the Ministry of Housing Communities and Local Government to safeguard vulnerable people. We have robust procedures in place to ensure the welfare of those placed into temporary accommodation and to ensure, where possible, that this doesn’t impact others. We have kept the Police fully informed of the arrangements and are working with other agencies to help the residents find suitable longer-term accommodation.”

We have been informed that there are around 18 people staying at the hotel (not a small number?) and we have also asked what are the conditions of them staying at the hotel.  For instance, are they allowed out into the community unaccompanied as they were seen not social distancing?  We have not received a reply to this.