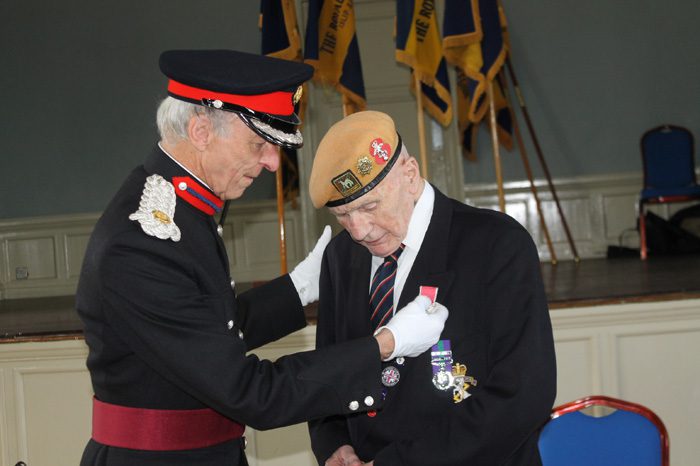 Brian was renowned throughout Henley for his stalwart fundraising efforts for the Royal British Legion’s Poppy Appeal, standing out and collecting in all weathers, raising individually more than £60,000 over the years.

Brian was born in Henley and was educated at the former Henley Infants School, Trinity School and the former National School.  He started work in 1947 at Hammants of Henley and apart from National Service, stayed in their employment for 50 years.  In the 50s he completed his National Service with the Royal Electrical and Mechanical Engineers, holding the rank of Corporal and was awarded the General Service Medal for his time in the Suez Canal Zone.  On his return from Suez, Brian met and fell in love with local girl Ursula, and they married in 1957.  Brian and Ursula had two daughters Deborah and Gillian.  Brian and Ursula celebrated their 60th wedding anniversary in 2017, but sadly Ursula passed away later that year.

Brian became involved with the Henley and Peppard Branch of the RBL after his daughters left home and needed a project that would give something back to his home town.

Brian was the Oxfordshire County standard bearer for 13 consecutive years and the Henley and Peppard Branch standard bearer for more than 20 years.  He led the Henley Remembrance parade, carrying the Henley and Peppard RBL standard up until the last few years.  In 2010 he was awarded the Royal British Legion’s gold badge recognising his service and in 2018 was awarded a RBL County Certificate in acknowledgement of his tireless service as County Standard Bearer for more than a decade

In 2015 Brian was presented with the Henley Town Medal for this work in the community and he was awarded the British Empire Medal in the Queen’s birthday honours list in 2017.  He was presented the BEM by John Howard, Vice Lord Lieutenant of Oxfordshire at the Town Hall at a special ceremony.

In April 2016, Brian got behind the campaign for the new Townlands Hospital to be called the Townlands Memorial Hospital after it was suggested by the Henley Lest We Forget project in recognition of the original War Memorial Hospital on Harpsden Way which was publicly funded by the people of Henley.

Brian will be long remembered as a dedicated, modest, gentle man.  RIP. 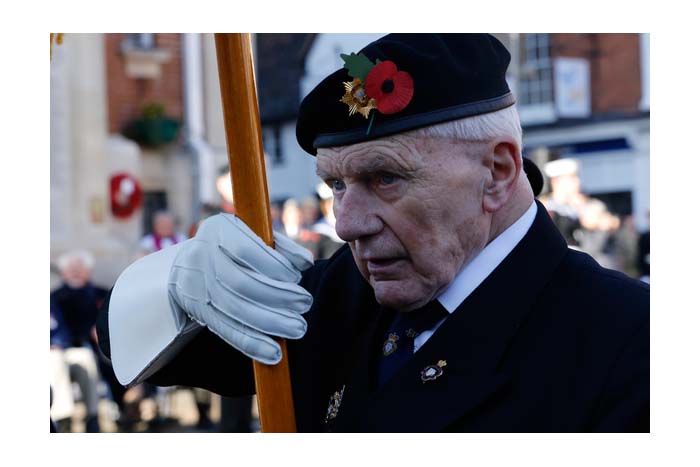