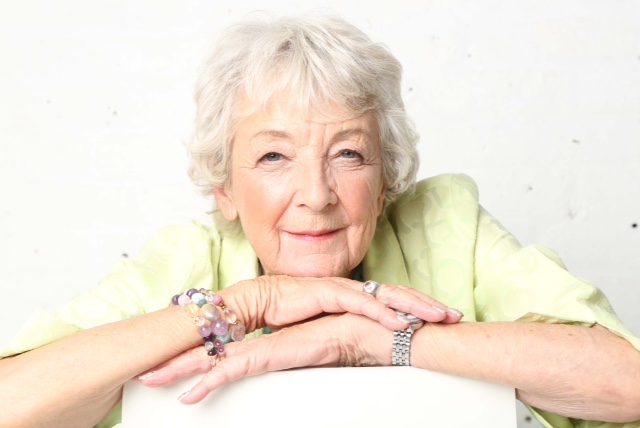 Henley has lost a well-loved special lady, Val Stoner, who touched many people’s hearts both here and around the world.  She’s left two wonderful legacies in Henley at Marsh Meadows – a healing glade and The Wishing Tree on a Maple tree where you can tie a ribbon and make a wish.

Val was born in Sonning in 1939 and attended the Wargrave Piggott School.  As a young girl she enjoyed Brownies and Guides where she developed her love of trees and flowers.  She also loved to polish her belt!

After leaving school she went to London for a short while to work for a fashion house before returning to work in Reading as a junior window dresser and flower arranger.  She then went back to London to work as a receptionist for a real estate office and it was there that she met her husband Jim in 1957.

Val and Jim got married in 1961 and moved to Henley.  Their two children Daren and James were both born in Townlands Hospital.  Because of Jim’s work as a Civil Engineer the family moved to Gloucestershire and West Sussex.  They returned to live in Henley in 2003.

Val’s love of volunteering and campaigning started with her joining the Women’s Royal Voluntary Service, starting with helping with the meals on wheels service. She was involved in international aid campaigns including helping Romanian orphanages and setting up a fund to build a school in Thailand after the 2004 tsnuami hit, as she and Jim were on holiday there at the time of the disaster.

After Jim retired, Val and Jim moved to California in 2000 and spent three years there.  Whilst there, Val worked in a charity shop. When they came back their son James moved to Taos in New Mexico and they would visit him there for a few months each year.  Whilst visiting Taos, there was unrest and Val wanted to put a healing crystal in the main square to spread peace and harmony.  She asked the authorities for permission and raised money for a large rainbow obsidian to be installed.  Another obsidian linked with the Taos one was installed in the refurbished lantern that is above the door at Henley Town Hall.  Her ambition was to get another one over the top of the White House but sadly didn’t manage to achieve this.  Val also got involved in a project in Taos to rid the oceans of plastic and tried to speak to the President about the cause.

Val also started two Henley initiatives, the Be Well Centre which offers free wellbeing treatments for a donation to charity every Monday in the King’s Arm Barn (before Covid-19) and Eco Henley, a group campaigning to get greater action on air pollution in the town.

Over the years living in Henley, Val immersed herself into helping in all areas of the community.  She did the flowers for St Mary’s Church for 25 years, with Jennifer Scott she helped raised funds for the refurbishment of the Kenton Theatre Green Room, she visited Henley YMCA each month to spend time with the young people and was a valuable and well-loved member of the Henley Business Partnership.

In 2017 Val’s charity work was recognised by being awarded the Sue Ryder Women of Achievement Community Award. After receiving the award she said, “I have to say that I am really grateful for winning this award, and truly humbled by it. I’ve always had fun fundraising and hope to continue to do that for the rest of my life.”

Val was a dear friend and supporter of the Henley Herald and we will certainly miss her wonderful enthusiasm and love of all things Henley. RIP Henley Angel. 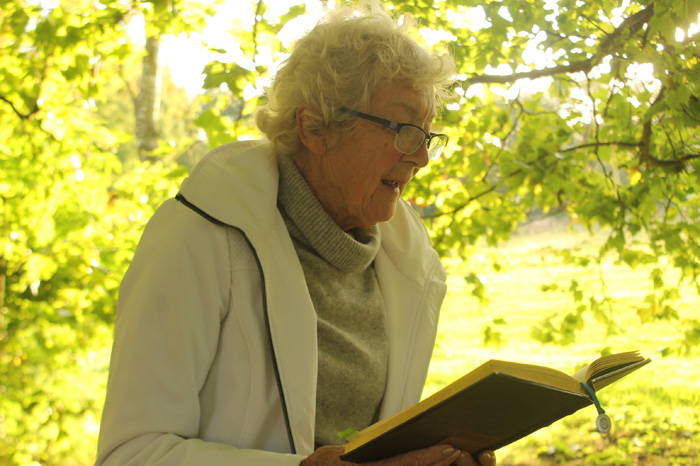