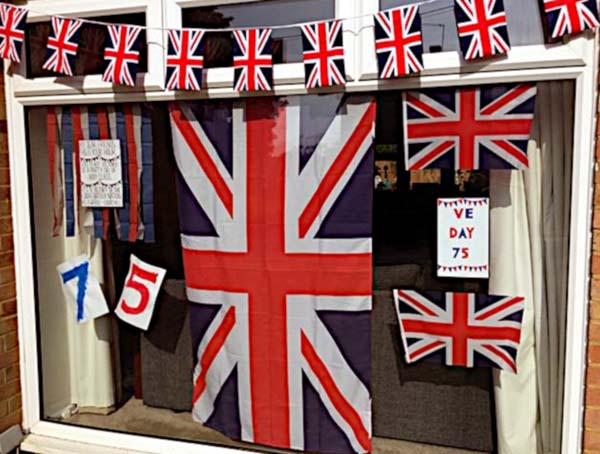 The winners of the ‘Turn Your Window Red, White & Blue’ Royal British Legion VE Day 75th anniversary competition organised by the Henley & Peppard Branch have been announced with Caroline Barefield of Elizabeth Road winning the competition and the prize of an afternoon tea for two from Time for Tea. The Branch organised the competition to inspire local residents to celebrate and remember the 75th anniversary of VE Day on 8 May.

John Green, Chair of the Judging Committee said, “There had been some concern, due to the restrictions imposed by the coronavirus that the important 75th anniversary of VE Day would go unmarked or unnoticed.  Not a bit of it! All the committee gave points and these were added up to decided the winners.   The people of Henley rose to the challenge by either participating in the RBL Window dressing competition as well as many well distanced tea parties.  There were some jolly good efforts made and great to see a lot of entries from the Henley army cadets.  May this community spirit be carried forward to happier times when this crisis is over.”

Caroline Barefield’s winning window (above) was  a joint effort by Caroline’s 4-year-old grandson, Alfie Powell, who painted a 75 in red and blue on a white background, daughter Bea Barefield, who wrote a quote from Winston Churchill, and a hand-painted VE Day 75 poster by Caroline.  Caroline said, “I bought the bunting specially but had the union jack flags from previous Queen’s Jubilee celebrations.  I like to put things in my window, especially at this time.  I’ve had teddy bear and rainbows in the windows which were looking a bit tired so this was a really good opportunity to have a change around.  With more people walking around, it’s really nice for people to look at.   I talked Alfie about the war. It is really important that they know about it as soon there are not going to be many people who were alive then.  It was good to mark this event so that it is not forgotten.  It seemed more poignant, in this unusual situation we find ourselves today and people have likened the two.  It’s a shame the big celebrations didn’t take place.  We were thrilled to win and we’re looking forward to having our afternoon tea, it’s my favourite thing in the world.” 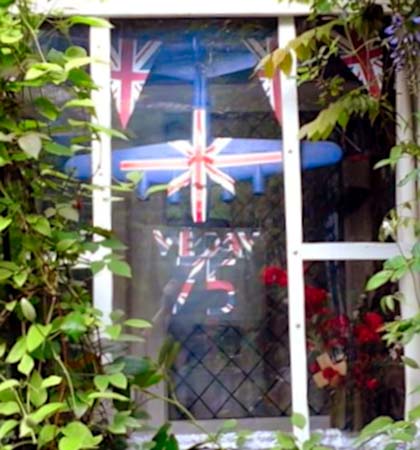 Runner Up were Kim Deeley and Trevor Bailey from Mount View whose window had a B17 kit aeroplane as the main centre piece of their window display.  Kim said, “We’ve never entered a competition before but we’re very patriotic here and all our families are in or have been in the forces.  The B17 was a very old kit that was lying around in the garden.  We have a whole bomber collection hanging in the garden.  The B17 was the perfect size as it showed up from the house. Trevor made it 15- 20 years ago.  He’s made a lot of Mike Willougby’s models for the Henley Lest We Forget project.  I made the sign and bunting and the artificial silk poppies have been collected over the years from Remembrance Day and were taped together and put in an artillery shell.  I was absolutely amazed and surprised to come runner up. Might enter more competitions in the future now although it wasn’t about winning.  We had a great day celebrating, dressed up in enactment uniforms and enjoying 40s music in the garden.” 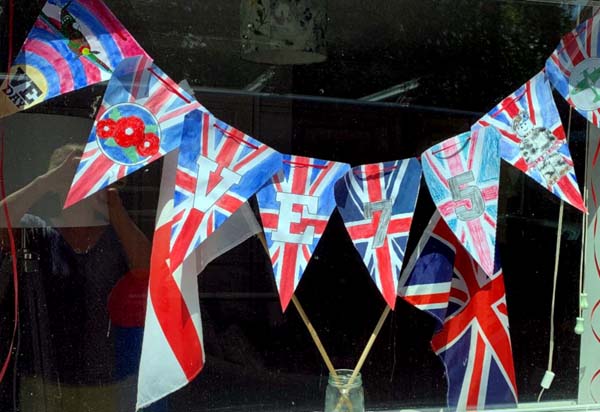 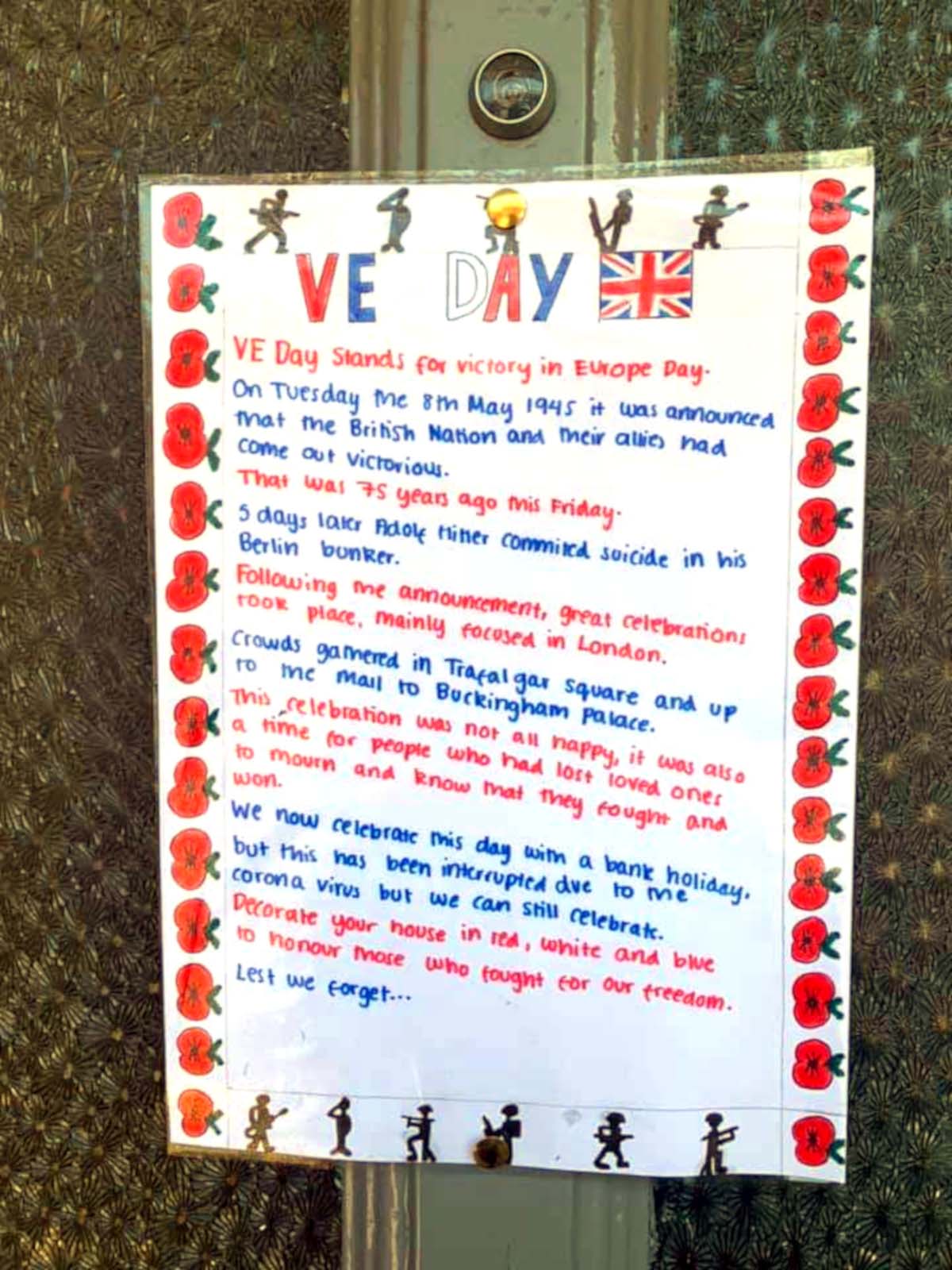