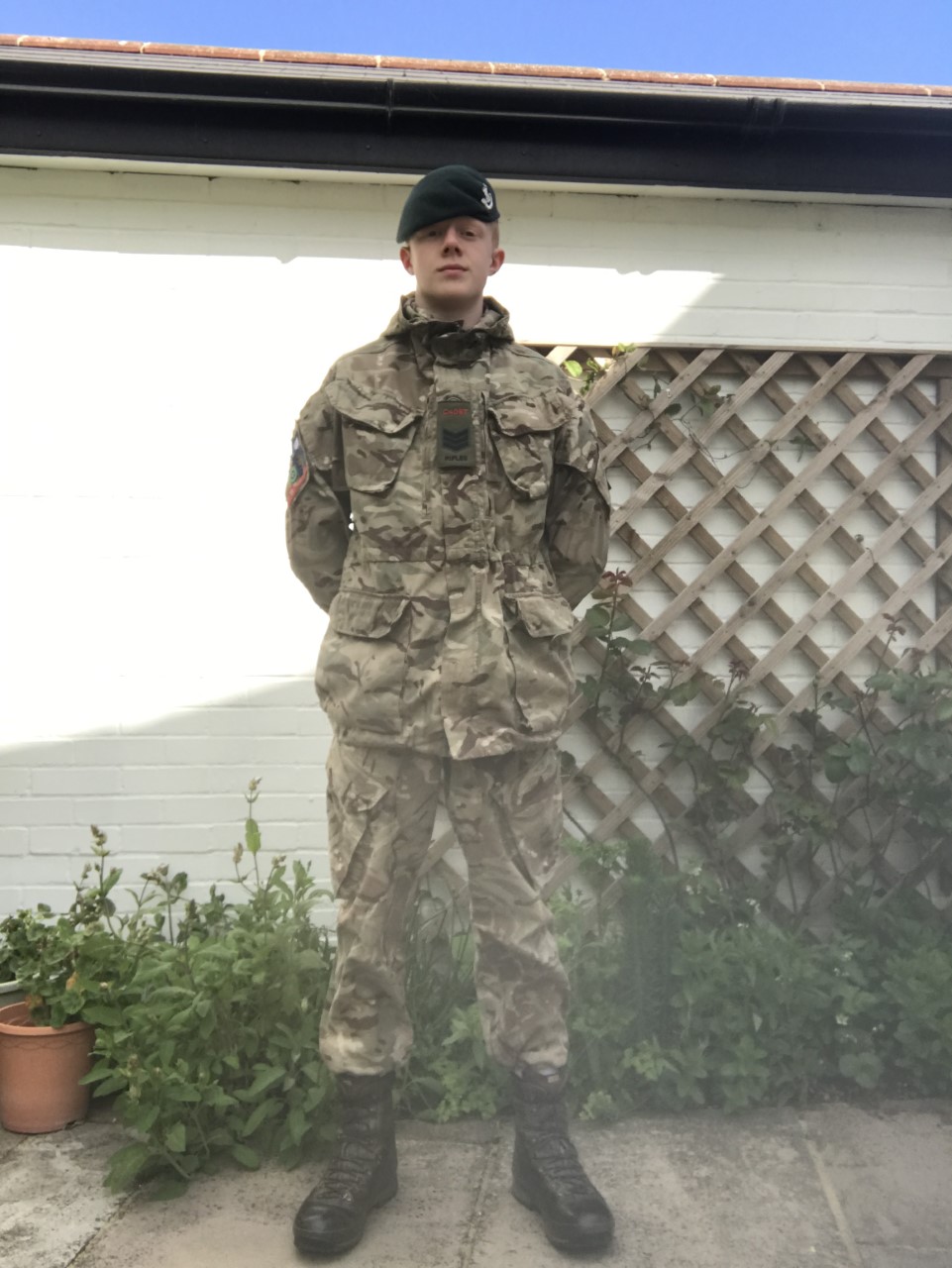 Serjeant Jamie Forehand from Henley Detachment who carried out the research on the battle of Cassel.

Henley locals formed ‘A’ Company of the 4th Battalion, The Oxfordshire & Buckinghamshire Light Infantry (4th Oxf & Bucks) which played a key role in the battle and included veterans such as Richard “Dick” Charlton.

Henley army cadets planned to host the Royal British Legion, Dignitaries & Veterans at the Detachment. Colonel Ingram Murray planned to give a historical presentation on the Battle of Cassel, on the 80th Anniversary, but sadly this was to be cancelled due to COVID-19.

The Battle of Cassel is important to the Henley army cadets, not just because so many Henley men fought in it, but because they are affiliated to The Rifles (an amalgamated regiment which includes the Oxfordshire & Buckinghamshire Light Infantry.) Many of the men who fought in the battle would have paraded at The Drill Hall on Friday Street which is where the army cadets still parade to this day.

Cadet Serjeant Jamie Forehand has put all his research together, producing a short information video so other cadets can be made aware of the sacrifice that was made by so many from southern Oxfordshire. Jamie also wants to share the battle with the community of Henley.

The Battle started on 25 May, with the 4th Oxf & Bucks along with a few other units defending the town of Cassel, whilst the 1st Bucks defended Hazebrouck ten miles to its south. Cassel, was a walled medieval town on a steep hill, 12 miles away from Dunkirk. The 2nd Gloucestershire regiment held the western side, whilst the Ox & Bucks held the eastern side. Three German divisions of tanks, motorised infantry & light foot infantry tried multiple times to break into the town for four days. Having failed to get into the town, the German Army withdrew and began to circle around it. The defenders also suffered continuous air attack from the Luftwaffe.

On 29 May, orders reached the troops at Cassel that they were to breakout that night. As dusk fell, they moved out, leaving the wounded behind in care of volunteers. Unfortunately, when dawn lifted, they found out they were surrounded, most of the garrison were captured and spent the next four and a half years in prisoner of war camps. Even though they were captured, the Gloucestershire and Oxf & Bucks had prevented the German tanks from cutting the withdrawal routes to Dunkirk. Sadly, only six of the Oxf & Bucks defenders of Cassel got back through Dunkirk.

Brigadier Robin Draper of the Oxf & Bucks Association comments “Without the sacrifice of battalions such as the 4th Ox and Bucks at Cassel in May 1940, far fewer of the British Expeditionary Force would have been evacuated at Dunkirk and without them, there might not have been the victory as we know it.” 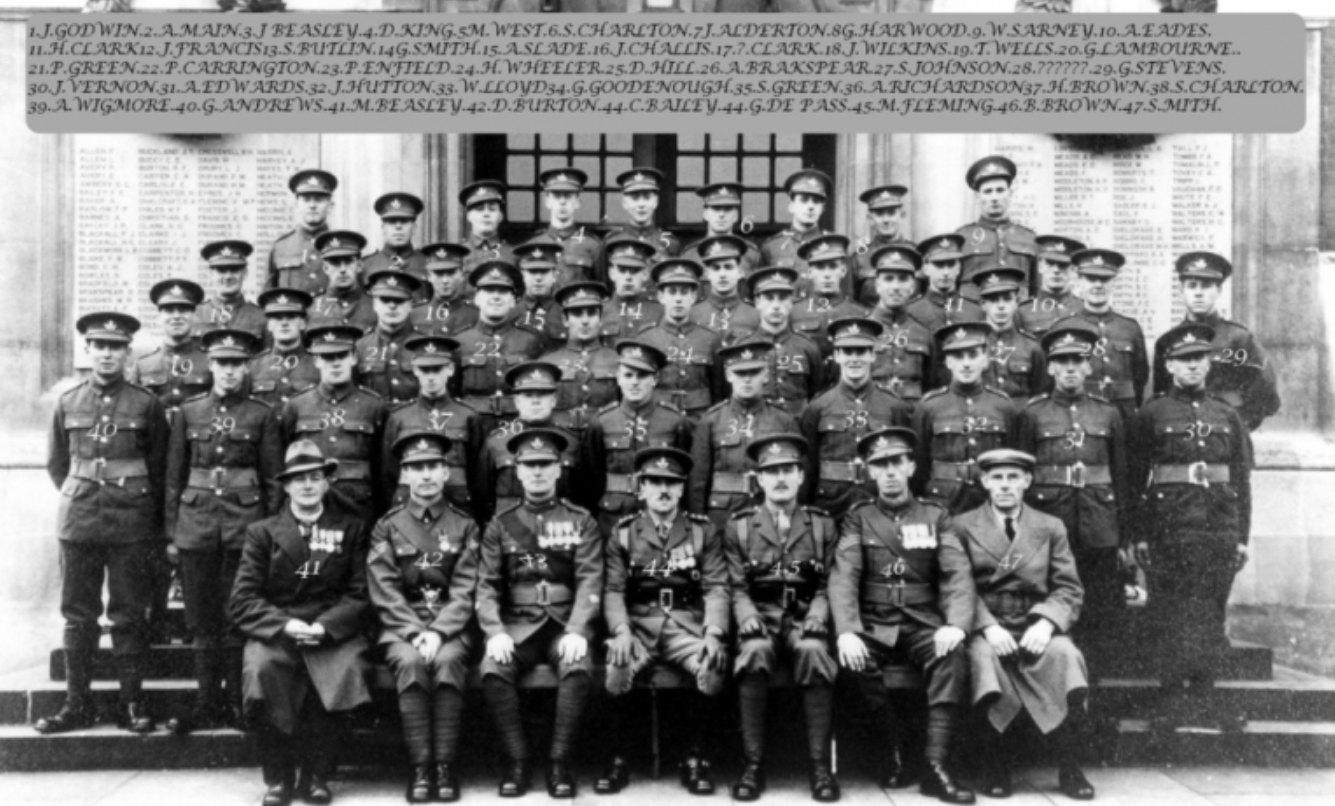 The Army Cadet Force is a national youth organisation sponsored and supported by the Ministry of Defence. For 12-18-year olds, designed to deliver challenging and varied training based on military themes and concepts. Henley Detachment at the Drill Hall in Friday Street & parade every Wednesday from 1900 to 2130hrs. We would love for new Cadets and Adult Volunteers to come visit us and experience something new once we re-open for normal training.
For any Henley Detachment enquires please email AUO Mel Haynes, 3360hayne@armymail.mod.uk