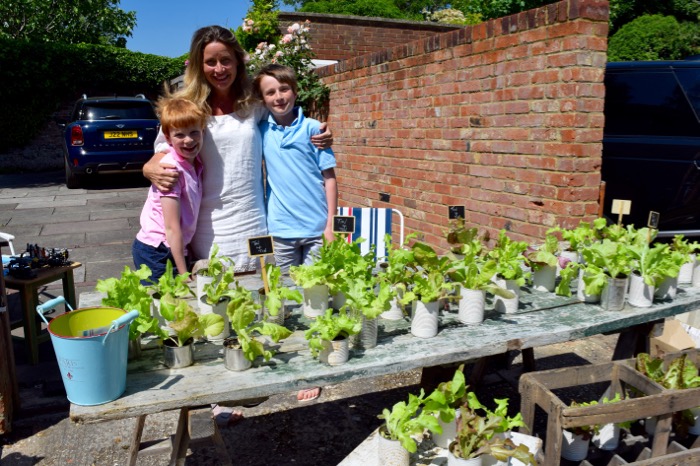 Radnor Close residents, the Woods family have been using their time in lockdown for the greater good, turning a greenhouse planting project into a local community campaign. Nicky and her children, Gus, Henry and Harriet, set up a stall last Saturday offering a ‘Tin For a Tin’, inviting New Street residents to exchange tins of food for a lettuce plant (grown in old tin cans by the family). The donated tins, along with the £201.17 raised in voluntary monetary contributions, will be given to NOMAD to help others during this time of great adversity.

The initiative first started as an activity for the family, who set up a small greenhouse when the lockdown began. Unable to go out and buy new seeds, the Woods had to plant what they already owned: lettuce seeds. As the lettuces grew, Nicky, Gus, Henry, and Harriet transferred them into empty tin cans, donated by New St residents and painted by the family. Nicky explained, “There were so many from one packet of seeds that we thought wouldn’t it be nice to give as a gift to each person on New St on the doorstep. Then I thought no, we can do one better than this — we can bring awareness to an issue. I’d heard how bad it was for some people, even in Henley, who aren’t getting even the basics. They can’t get nappies, or are having to choose between sanitary towels for themselves or nappies for their children. They’ve not got toothpaste, they’ve not got anything, so I thought it would be nice to raise awareness and give a tin back.”

The New St community swapped over 50 tins of food for a lettuce plant on Saturday, along with dried goods such as pasta and rice. Their donations will be passed on to NOMAD, whose food bank provides urgent support for those who are struggling in the current crisis. NOMAD will also be receiving the £201.17 raised in monetary donations by the Woods’ ‘Tin for a Tin’ project.

Sue Prior, Funding Coordinator and Family Support Worker for NOMAD, said, “All of us at NOMAD have been amazed at the inventiveness and creativity of many people across the community who have raised money and donated food for the Food Bank. The Lettuce Project is just one of those. A big thank you to Nicky Woods and her children who collected items of food and money from their neighbours in exchange for the lettuce plants which they grew from seed. Their contribution has been very helpful as we continue to provide food parcels for many individuals and families across the town.”

Nicky, who also started a WhatsApp support group for New St residents during the lockdown, said about the ‘Tin for a Tin’ project, “Awareness is the main thing. Also it’s a sense of community for everyone, to meet everyone and know that you’re not on your own.” 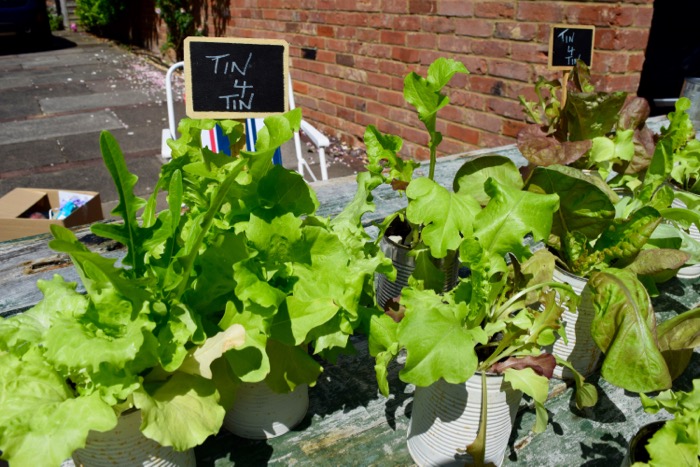