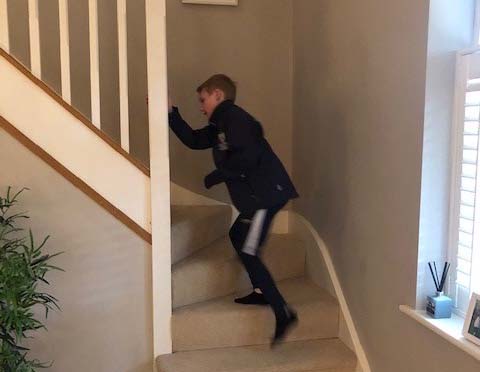 St Mary’s School student Conal Thompson has raised over £300 for the NHS by scaling the equivalent of Everest from his home staircase. Between 7 May and 4 June, Conal climbed 6,500 steps every day, totalling over 180,000 steps in just under a month — comparable to the amount it takes to climb up and down Mount Everest.

Year 6 student Conal was inspired by former rugby player Ed Jackson, who completed a similar challenge from his staircase in April. Conal’s mum, Michelle, recalled the moment he declared the idea. “He came downstairs and announced it in a big flurry of excitement,” Michelle said, “I thought it was great because obviously they’ve all been doing a lot less and he’s normally quite a sporty boy — he does a lot of rugby and football — so I thought this is one way to keep him fit. I thought it was an inspired idea, and a good way to raise money obviously.”

Every day from 7 May,  Conal climbed up and down his staircase 250 times to achieve his daily 6,500 step target. He explained, “It’s been quite tiring. I do 75 climbs in the morning, 75 at lunch and then 100 in the evening.” Conal also set up a JustGiving page for his sponsors to donate and follow his progress. Initially setting a target of £100, Conal quickly smashed his fundraising goal, and has currently raised £330 for the East Lancashire Hospitals NHS Trust Charitable Funds – 3 times what he anticipated.

Speaking about his achievements, Conal said that he was “really happy and surprised.” Many of his friends have been impressed by his endeavour, and one friend (Ben) has even started his own stair-climbing challenge inspired by Conal. “They’ve been donating and saying wow, that’s loads of steps!” Conal said. “My friend was going to climb Ben Nevis, but he couldn’t, so he’s actually doing the same as me but for Ben Nevis.”

Conal’s mum, Michelle, reflected on Conal’s efforts. She said, “It came from him, really, and that’s how he’s managed to keep going. Although I have had to remind him occasionally to do his steps for the day, because it came from him, he’s been the driving force.” She continued, “We’re very surprised. Hopefully we can get a bit more money as well. Although we’re over the worst of it now, they’re always going to need more money.”

If you would like to support Conal in his Everest fundraising challenge, visit his JustGiving page. 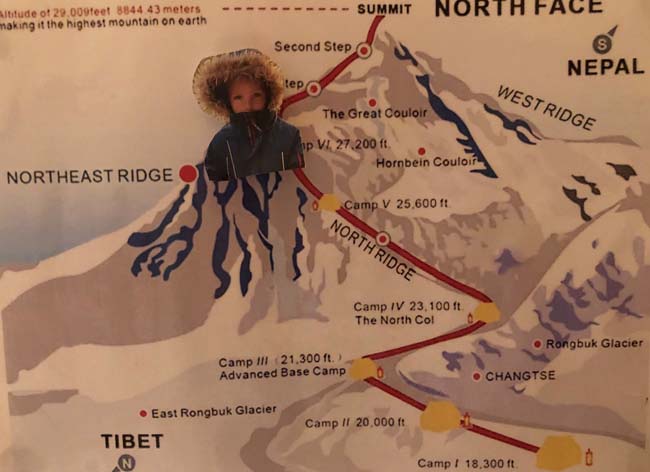