This Saturday, 27 June, Henley Detachment will be celebrating Armed Forces’ Day from the safety of their homes compared to the usual Royal British Legion collection that takes place each year.

Armed Forces’ Day gives the public a chance to show their support to the men and women who represent our armed forces community; from current serving soldiers to veterans and other supporting members. All around the country, people from different communities and organisations gather to show their support and encouragement. By doing this, we can provide a much-valued morale boost for the all involved with the Armed Forces.

Each year, Henley Detachment from Oxfordshire Army Cadet Force perform street collections within the local area, to raise money to support the Royal British Legion (RBL). Over the last ten years, Henley Detachment has collected and raised for the charity, last year we raised over £1200 and will continue to collect more for this charity in the upcoming future.

Henley detachment’s most senior cadet, Colour Sergeant Ashleigh Poolan, stated, “Armed Forces’ Day is and incredible chance for the whole country to celebrate the work of service personnel, reservists, veterans and many more. So, get involved and show your support today!”

The legion itself provides support for members of the Royal Navy, British Army, Royal Air Force as well as for veterans and their families. Whether it be for care and independent living, physical and mental wellbeing, financial and employment support, or even just guidance, the RBL can help with all. By donating, you are helping support those in need within the armed forces community.

Why not get involved and give back to the services this Armed Forces’ Day! Join in and fly your own Armed Forces Day flag, bunting, hand-wavers or banners. Get involved online by showing your support through social media and other platforms. Pay a tribute to the British armed forces community by saluting. #SaluteOurForces is a simple way for anyone to show support to the Armed Forces community for their hard work, dedication and efforts to keep us safe both in the UK and around the globe. Or even donate at https://www.britishlegion.org.uk/get-involved/ways-to-give/donate.

The Army Cadet Force is a national youth organisation sponsored and supported by the Ministry of Defence. For 12-18-year olds, designed to deliver challenging and varied training based on military themes and concepts. Henley Detachment at the Drill Hall in Friday Street & parade every Wednesday from 1900 to 2130hrs. We would love for new Cadets and Adult Volunteers to come visit us and experience something new, whether that is our virtual parade night or once we re-open for face to face training. For any Henley Detachment enquires please email AUO Mel Haynes, 3360hayne@armymail.mod.uk 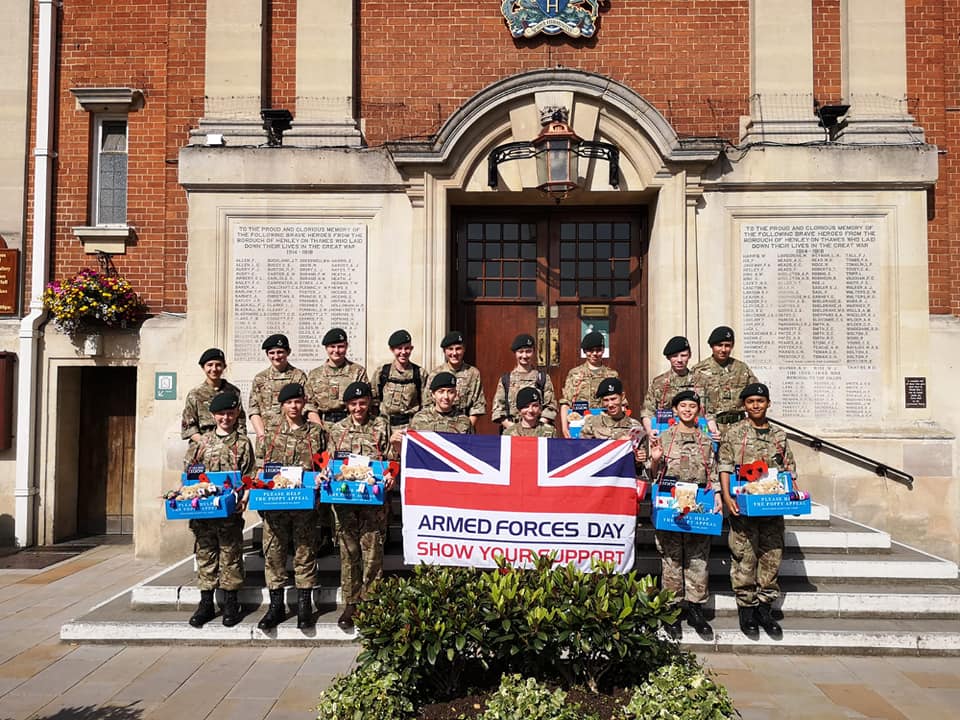