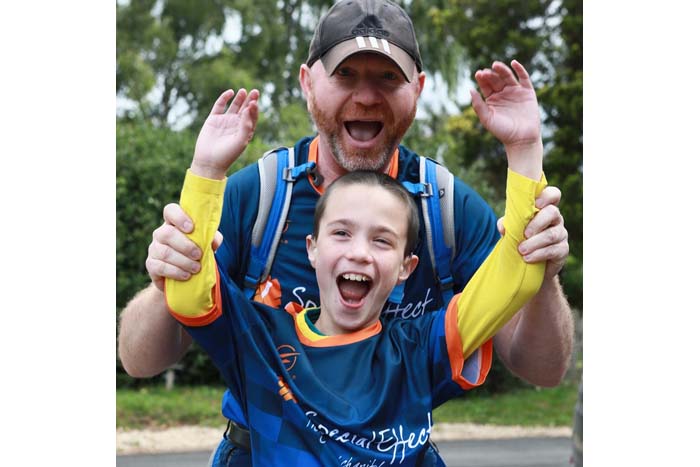 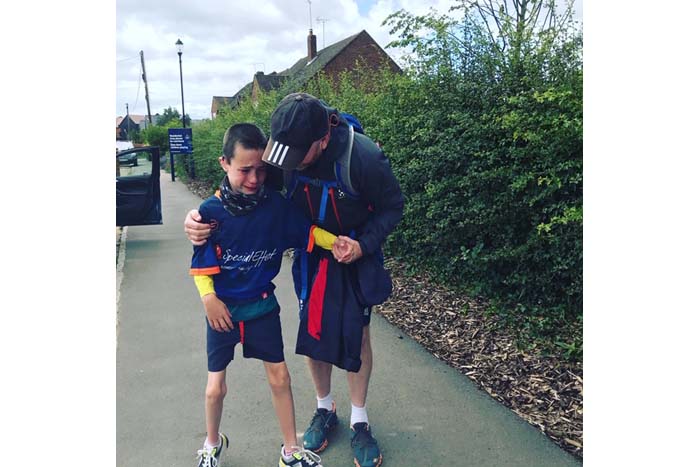 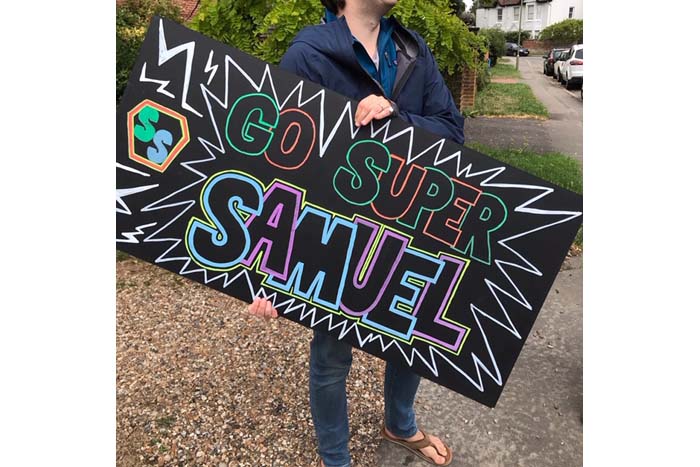 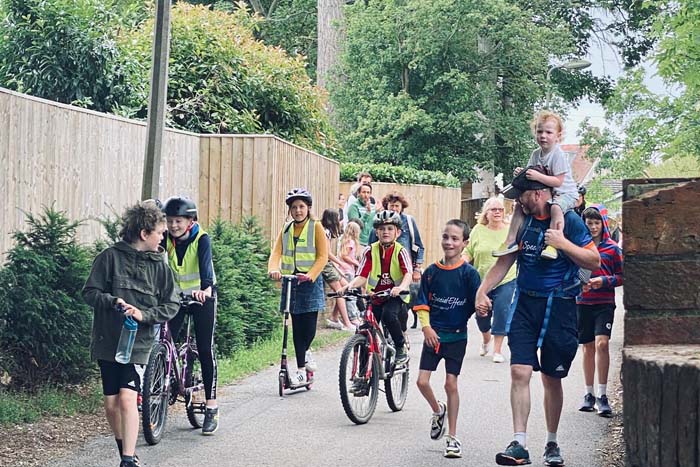 Like most boys aged 9 nowadays, they love to play together with their friends on games consoles and during lockdown they’ve become even more important as a way of keeping in touch.  For one little boy, Samuel Marriott who has Cerebral Palsy this wasn’t possible until Sunday when he received an adapted Nintendo Switch from the charity, SpecialEffect after completing his 9km marathon challenge.

Samuel who goes to Sacred Heart School was born very premature and very small, weighing just 800g.  He had a stroke when he was 3 days old that destroyed nearly all of the left side of his brain and left him with little chance of survival.  He has since had major brain surgery that has left him with very little use of his right arm and a weakness of his right leg.

Samuel’s Mum Charlotte said, “We’d started looking at whether there was anybody who adapted Nintendo Switches a few months ago and got in touch with SpecialEffect.  Then we went into lockdown 2 weeks earlier than everybody else because Samuel was classed as vulnerable and needed to be shielded.  Normally the charity would have come out and assessed Samuel but obviously that couldn’t happen so they asked us to send a few videos of Samuel doing normal things so that they could see his movements.  We then had a video call with an occupational therapist when we talked about what he could and couldn’t do and how much function he had in his arm and leg.  When the box arrived with the Nintendo Switch in and all the adapted controllers in I was gobsmacked and my husband I decided that we should do something to raise some money for the charity and came up with the idea of a 9km marathon (a 1km for every year of Samuel’s life) and we put the idea to Samuel and said that there would be a prize at the end of it.”

Samuel then started to train every day in his garden, starting with 5 lengths of his garden and building it up.  Charlotte said, “It gave him a focus during lockdown.”  On Saturday Samuel set off with his Dad John on his 9k challenge from All Saints Church in Peppard at 9.30am and arrived back to his home in Cromwell Close at 1pm.  The wet and windy weather didn’t deter Samuel but when he reached Highlands Park he ran out of steam.  He started to cry and said, “I can’t do anymore, my legs are really hurting.”  Charlotte then drove to meet them there with a drink of milk and a biscuit as they had run out of snacks she’d packed.  Charlotte explained, “I’d packed what I thought they would need but because of Samuel’s Cerebral Palsy he burns off more calories than a normal child.”  Samuel then saw two of his school friends on bikes who started to ring their bike bells and cheer him on and then he could hear others waiting in the field just beyond.  At that point too Samuel’s brother Arthur, aged 2 wanted to help his brother finish but only managed a short distance before his Dad had to carry him on his shoulders for the last part.  Charlotte said, “That encouragement just got him going and then he didn’t stop and ran most of the last bit home and the friends followed him on their bikes.  There was a huge crowd of people at Gillotts corner cheering and shouting with lovely signs too.”

Before the run, SpecialEffect had sent an email to Charlotte which had a message for Samuel about a little boy aged 3, who wanted to play on a game console with his brothers and they were going to adapt it for him. During the walk John kept Samuel going by reminding him about the little boy who needs help from the charity to get what he wants.  Arriving home completely drenched from the rain, Charlotte said, “The first thing Samuel said when he finished was did that little boy get what he wants?”

Initially, Charlotte set the fundraising target of £300, however today it has topped £5,000!  Charlotte shared Samuel’s story and challenge on her Instagram account and started to receive messages and donations from around the world.  Charlotte and John’s work as a doctor and physio for elite sports teams including English rugby and GB wheelchair rugby saw their players started to share to other athletes and Samuel was delighted to receive a special video good luck message from Sir Mo Farah!

This was the first time Samuel had been outside of his home environment.  On finishing Samuel said, “It was awesome, I saw lots of my friends. The finish was the best with hundreds of people clapping,” he then added “was it hundreds or do you think thousands?  Opening the box containing the Nintendo Switch, Samuel said, “Awesome!” and gave his Mum and Dad a big hug and high fives.  Samuel was very excited to score his first goal on FIFA against his Dad and he’s looking forward to playing against his Uncle Ian this week.

Mick Donegan Chief Executive from SpecialEffect said, “We’re blown away! Samuel’s resilience and his fundraising story have captured the hearts of everyone here at SpecialEffect and we can’t thank him and his family enough for taking on such an amazing and inspiring challenge. We’ll be putting every single penny raised to the best use possible, bringing fun and inclusion into the lives of so many more people with physical disabilities.”

“The messages from all over the world have been amazing.  One said, “I’ve just had brain surgery and this has shown me there has been light at the end of the tunnel.  One of Samuel’s friend’s parents has also message to say that Samuel’s challenge has inspired our children to do something for a charity.”

If you would like to make a donation to Samuel’s challenge and charity, please go to https://www.justgiving.com/fundraising/samuelsmarathon