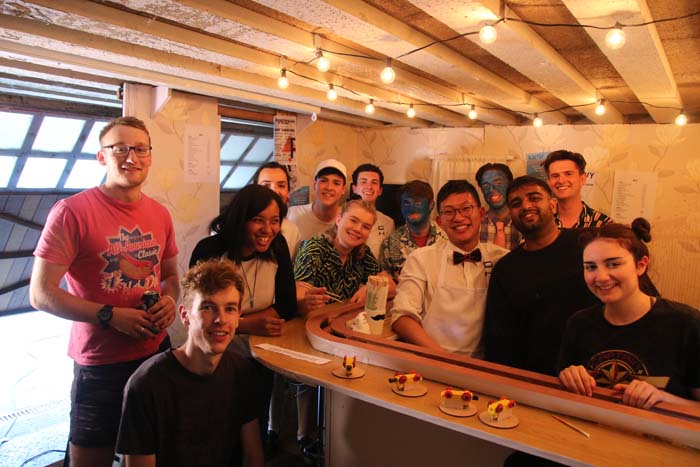 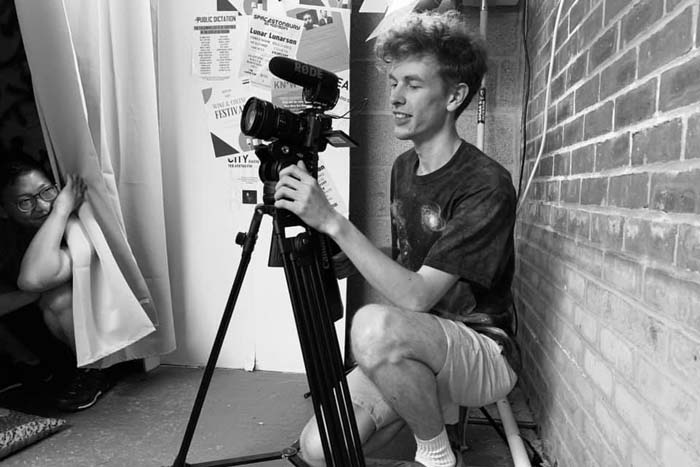 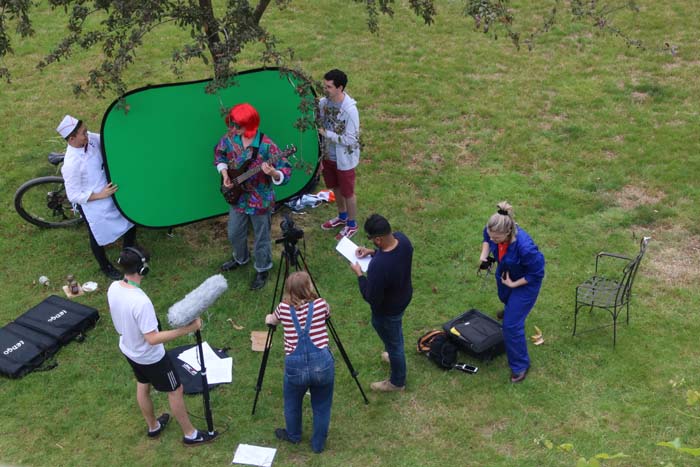 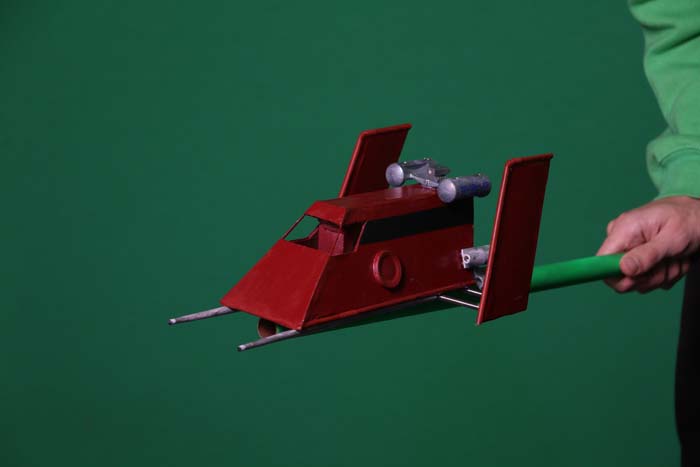 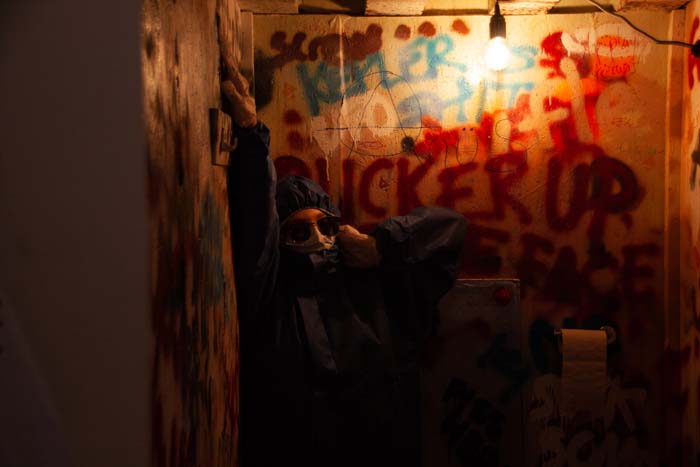 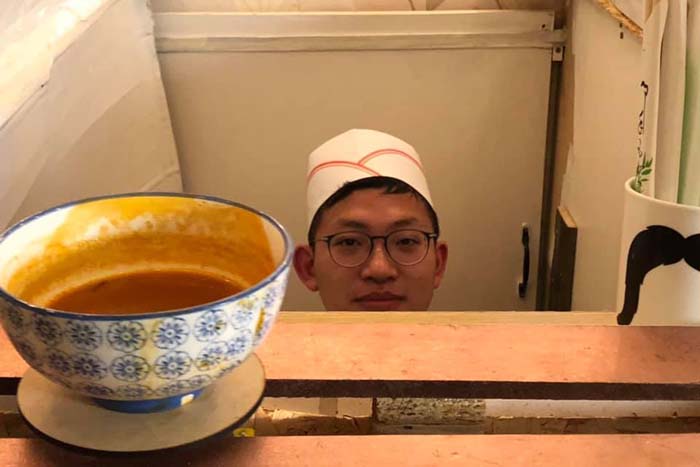 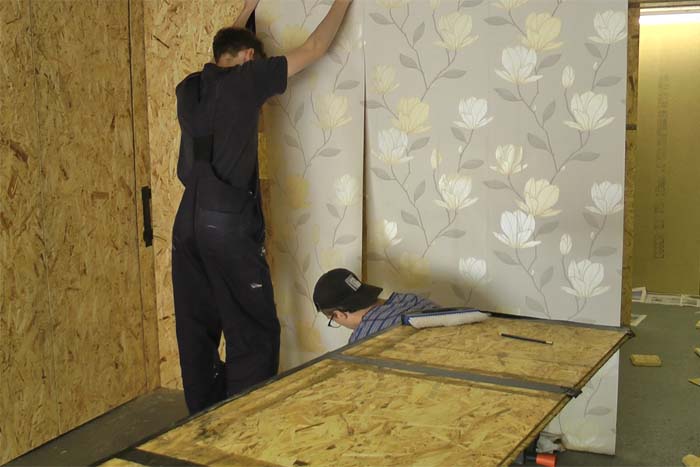 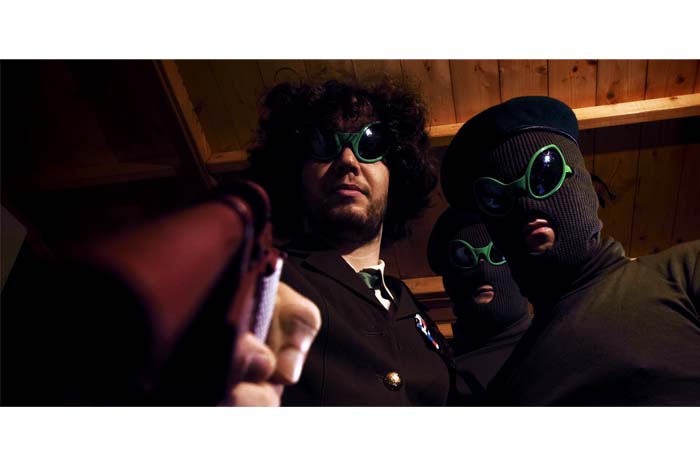 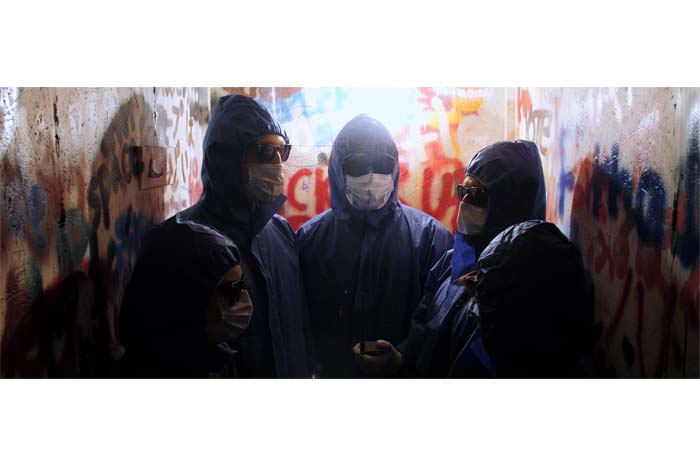 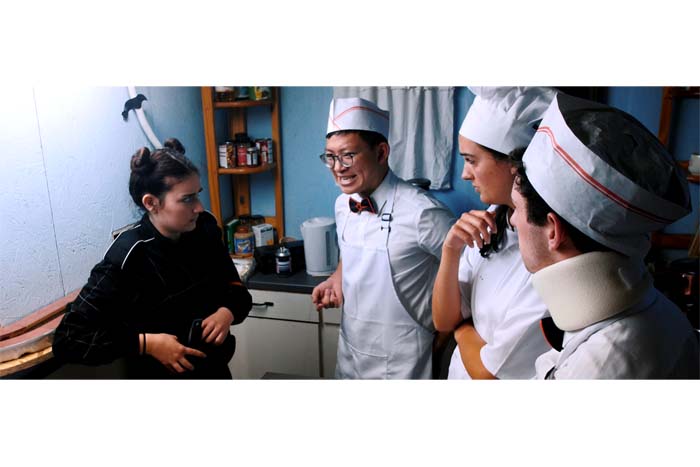 Two graduates, who grew up in Henley and Shiplake are hoping that their latest sci-fi comedy film Wednesday in Space will gain them UK and international film awards and give them a step up to a film career.

Friends, Benedict Evans from Henley went to Trinity School and Oratory Prep before meeting Hudson (Ben) Hughes who went to Shiplake Primary and Gillotts at Reading Blue Coats.  They then both went on to study at Southampton University.  Benedict studying English and History and Hudson Electromechanical Engineering.

Hudson first started making Lego animation films when he was 9 and submitted entries to Henley Youth Festival film competition.  Hudson said, “Filming was just a hobby until half through university when I decided I wanted to do it as a career.” Before Covid-19, he was working for a production company in Reading and teaching filming and TV at the weekends.

Benedict has recently started a job in events in London but hopes to get into writing and publishing.  He said, “I did a lot of research for the films which was an element I did a lot for my degree.  My favourite films are Last Action Hero and Hot Fuzz.”

The duo became firm friends at university sharing a house together in the final year and made a number of short films including From Russia With Murder (a comedy detective noir parody all shot in stop motion) and ‘December Heat‘ which received a number of University awards and was selected for the  Carmarthen Bay Film Festival awards.  Hudson wrote and was the director on all the films.

Wednesday in Space, Hudson’s first feature film, tells the story of a small diner in space which is turned into a crime scene after a mysterious stranger is found brutally murdered in the toilet. Traffic warden Lucha Flax is no detective but she’s the only one for the job, and possibly the only one who cares!

The film set was built with very little budget in Hudson’s garage in Shiplake last summer. Benedict said, “The set took a month to complete using lots of reclaimed wood and we managed to build 3 separate rooms in the small space which would probably fit around 6 people normally.  We made a dolly track along the whole length of the garage so that we could pass the camera through the walls.  The closed space literally hit us when we were spraying the bathroom full of graffiti and got high on the paint!”

The cast and crew were all friends from university and it was filmed in just one week.  Benedict explains, “The last week before uni we asked people from all walks from TV/Radio station, music theatre to spend a week filming with bedding and food and we got 20+people. It was really hard with just 6 days to film, keeping people on schedule.  I for one was on set until 4.00/5.00 in the morning of my graduation and only got a few hours sleep.  The other challenges were making the props on the spot.  I loved making the mustard gun and we had literary buckets of blood everywhere.  The best part was sharing a meal at the end of the day’s filming when we literary belly laughed together.”

Southampton University lent Hudson the camera and sound equipment to make the film as they had a TV station at the university.  The film also includes some visual effects using miniatures and a green screen.

Hudson said, “My favourite Director is Edgar Wright because of our similar backgrounds and interest in comedy and unique editing. I think his films are some of the funniest British films in last 20 years.   I hope that the film is well-received when it arrives in cinemas this Winter and, above all, makes people laugh!  I am working on some scripts for other films now and after the lockdown restrictions have lifted we hope to screen the film in Henley and have a London premiere.  I am currently looking for kickstarter funds to help with the distribution of the film.”

Wednesday in Space has been selected for multiple international film festivals.