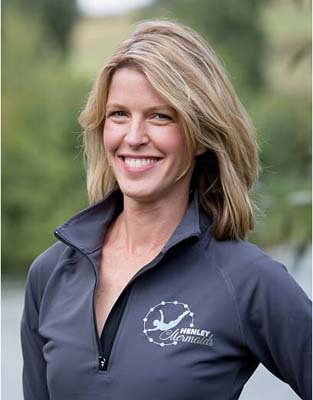 The River Thames is an important ecological corridor and a haven for wildlife. It attracts thousands of visitors to Henley each year, playing a significant role in the local economy.  It also plays a key part in attracting people to come and live in the district by providing a great location to spend time with family and friends.

The Thames stretches for more than 40 miles in South Oxfordshire, running from Henley in the east of the district to Culham in the west, winding its way through the beautiful countryside and past historic villages such as Shiplake, Sonning, Goring, Benson, Dorchester and Clifton Hampden.

The Thames Champion will network with river users, councillors and neighbouring councils to improve access to, and protect and enhance the biodiversity and cleanliness of, the river.

Jo, a keen year-round swimmer with the Henley Open Water Swimming Club and a member of the Henley Mermaids team who are attempting to swim the Channel in a relay raising money for Henley Music School in July.  She said “The River Thames is the ribbon that wends its way through our district and it’s been great to see many people being able to enjoy spending time on or by the river since restrictions began to be lifted.

“Following COVID-19 many people have a renewed appreciation for nature and I’m very keen that we now don’t miss this opportunity to look at how we improve the safety, cleanliness and accessibility of the Thames in South Oxfordshire.   It is one of our most precious natural assets and should be protected and we need to ensure our use of it is sustainable.”

“Our first challenge will be to address the repeated release of raw sewage into the river and, in the meantime, to ensure that river users and our community have real-time information about when this happens.”

Cllr Sue Cooper, Leader of South Oxfordshire District Council, said: “The River Thames is such an important feature of our district, but it hasn’t been prioritised as such in recent years.  Now is the right time to put the river back at the heart of Council policy and to work with partners to enhance access and water quality.  We are lucky enough to have the longest stretch of this major river within our district and it is about time that we did more to protect and sensibly use this wonderful resource.”

BBC Radio Oxford recently interviewed and filmed the Henley Mermaids about their forthcoming channel challenge (watch below).  To donate go to https://www.gofundme.com/f/laura039s-campaign-for-henley-music-school