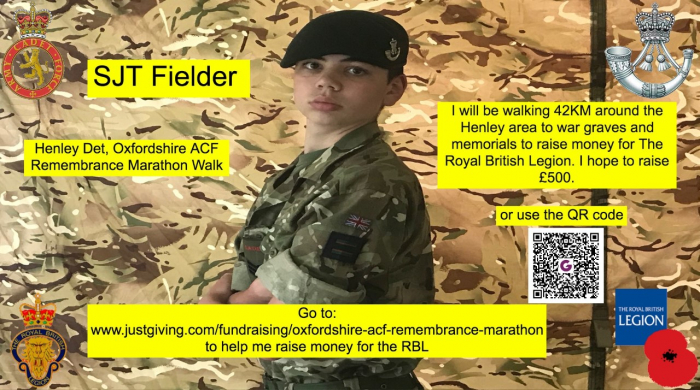 Cadet Serjeant Tom Fielder, 16 from Henley Detachment, Oxfordshire Army Cadet Force (ACF) has set himself the task to raise £500 for the Royal British Legion (RBL). Tom plans to walk a marathon (26 miles) around local cemeteries, where he will pay his respects.

Tom will be leaving the ACF in October to start his Basic Training with the Army in Harrogate. Before he leaves, he wants to do one last big mission. He is currently finalising his route and where the servicemen’s graves are located. He will pay his respects at each grave by planting a poppy remembrance cross.

Tom will undertake his walk on the 4 August and aims to raise £500 for the Royal British Legion. He has chosen this charity as the cadets have been unable to organise their usual street collection.

The legion itself provides support for members of the Royal Navy, British Army, Royal Air Force as well as veterans and their families. Whether it be for care and independent living, physical and mental wellbeing, financial and employment support, or even just guidance, the RBL can help with all.

Keep an eye out for Serjeant Fielder on the 4th August, if you wish to sponsor, here is the just giving page, all proceeds will go to the RBL: https://www.justgiving.com/fundraising/oxfordshire-acf-remembrance-marathon

The Army Cadet Force is a national youth organisation sponsored and supported by the Ministry of Defence. For 12-18-year olds, designed to deliver challenging and varied training based on military themes and concepts. Henley Detachment at the Drill Hall in Friday Street & parade every Wednesday from 1900 to 2130hrs. We would love for new Cadets and Adult Volunteers to come visit us and experience something new, whether that is our virtual parade night or once we re-open for face to face training.  For any Henley Detachment enquires please email AUO Mel Haynes, 3360hayne@armymail.mod.uk 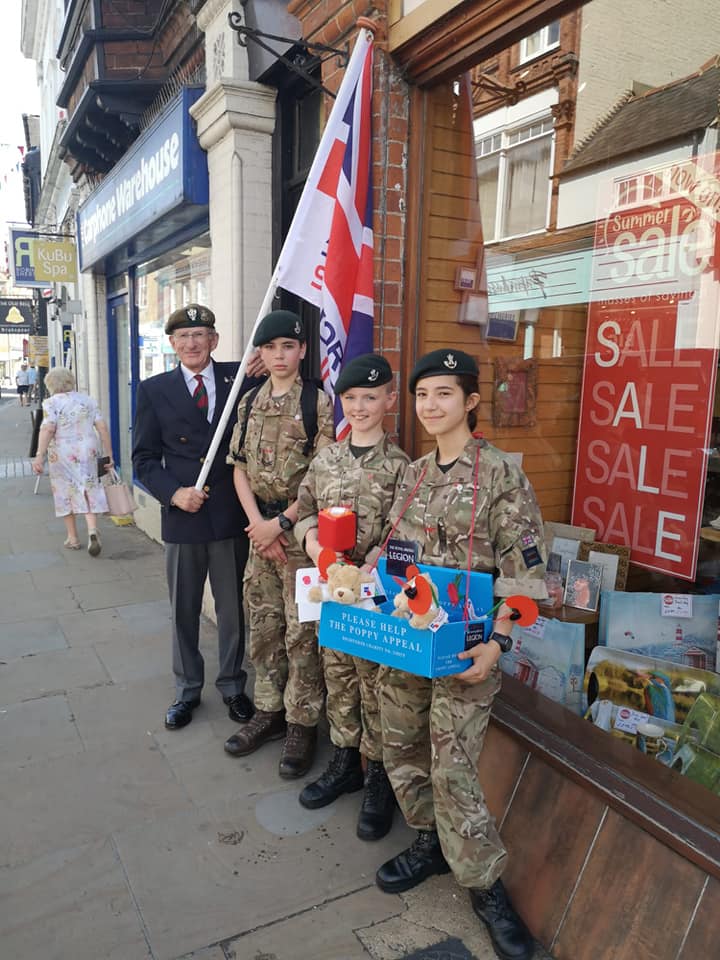