Dodging jellyfish, swimming in the dark, overcoming sea sickness and breaking waves, the Henley Mermaids touched down on Wissant beach in France last Wednesday at 17.23 after a gruelling nearly 18 hour swim relay from Dover to complete their Channel swim.

The Mermaids (Laura Reineke, Joan Fennelly, Susan Barry, Jo Robb and Fiona Print) friends from Henley Open Water Swimming Club (HOWSC) set off from Dover at 11.30pm on Tuesday evening.  They were swimming to raise money for Henley Music School.  Each swimmer swam for 1 hour in strict rotation with Laura starting the swim and Joan completing the final stretch.

The group drove down to Dover in a two car convey on Tuesday afternoon and enjoyed a last supper of pasta before boarding their pilot boat Anastasia with their captain Eddie Spelling.

Laura Reineke, Principal and Founder of HMS who had recruited the team said, “It is very difficult to put into words the enormity of this challenge; it was horrific, wonderful, terrifying, amazing all in one go.  My biggest fear was swimming in the dark, and I just had to have a word with myself and get on with it.” Laura had to swim 200m to the shore first and then out to the boat to start the race.  She added, “I had to start the swim in the dark with big breaking waves, swimming into the unknown.  It was the most terrifying experience I’ve ever had.  It was ALL a mind game, you have to be mentally strong, and have the power to change your outlook in a second.  Much of the swimming was simply about survival, but the middle two swims were just lovely!”  Seeing Laura start, Susan said, “Seeing Laura our strongest swimmer struggling with breathing it was really terrifying and it was the fear of the unknown as due to Covid we had not done as much sea training as we would have liked.  I thought what had we got ourselves into?  Typically Laura soon got on top of it and was ploughing forward in her usual way.”

Overcoming sea sickness was Jo’s biggest challenge she said, “I was feeling awful from after the first swim until my last swim.  I threw up and was worried I wouldn’t be able to keep down enough fluids and fuel to keep going.”  Despite this, Jo’s best bit was her first leg in the dark.  She said, “I swam fast and strong.  It was incredibly challenging but I tried to focus on swimming hard and not letting the dark bother me.  I had the REM song Night Swimming in my mind.  After the leg, Jo added, “The 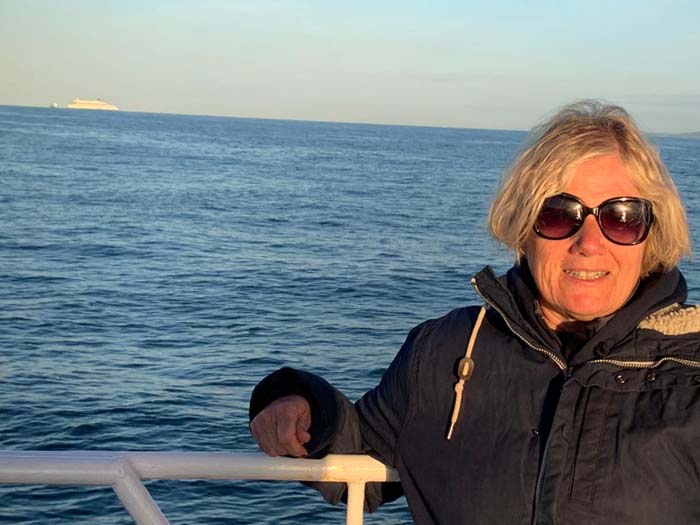 observer and one of the pilots told me I had had a great swim.  That felt amazing.”  Fiona’s biggest worry was “jellyfish and the odd P&O ferry!”

None of the swimmers really got any sleep between their swims as it took them a long time to get warm and they were high on adrenaline.

With the second and third legs draining them, they all did different things to keep them going.  Susan said, “My second leg was special as I started in the darkness and during my hour the sun gradually rose revealing a beautiful clear morning sky.”  Most of them thought about their families and their lost loved ones whilst swimming.  Jo thought about her training swims back in February in Australia after her Mum died.  She said, “As well as reminding myself of the warmth of the water there, the fish and the coral I remembered my Dad sitting there watching me train.  I also played out the swim from the Flowerpot to Medmenham which takes just under an hour – every feature, the island, the swans, every house, boat along the way – I imagined it like a film in my mind.”

Over 200 people joined the WhatsApp Henley Mermaids to France and were sending messages of encouragement throughout the swim.  Joan commented, “The group really kept us going, as there were so many people across the globe cheering the Mermaids on.  The message of pride, encouragement and the jokes spurred us on.  It was overwhelming at times and very emotional, but in a wonderful way.”

Half way through Fiona asked Eddie the pilot whether he thought they would do it.  She said, “No doubt you’ll do it because you are a bunch of very determined ladies but you have got to swim hard. We all knew that none of us wanted to let the team down.” 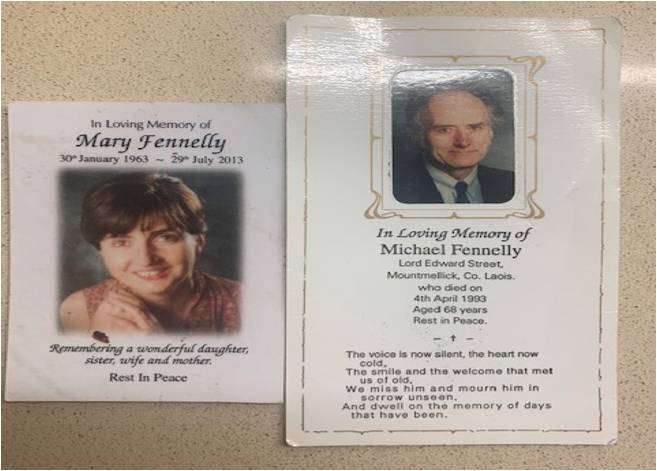 The team wore some of their special costumes or hats which meant a lot to them.  Joan originally from Ireland also took two family memory cards that are given to close relatives.  Joan said, “I had my Dad’s memory card, and that of my sister Mary, who sadly passed away almost 7 years ago to the day.  I had both memory cards in the inner pocket of my dry robe and close to my heart. These were my spirit guides who I trusted to see the Mermaids safely to France.   One of the most poignant moments of the challenge was when Susan was swimming her second rotation, and this MASSIVE cargo ship passed a couple of miles ahead, and it’s name was “Mol” – this was my late sister Mary’s nickname within the family, so I took that as a message from above for us to keep plugging away!”  Jo wore her swimming cap from Wylie’s Baths in Cooggee, Sydney as it’s her favourite place to swim in the world and between swims Laura wore her bobble hat she’s often seen swimming in the river in when it’s cold.

The last few hours, the swimmers had to dig deep as the wind and tide was pulling them in the wrong direction.  Joan said, “When it transpired that I was going to do the final sprint to shore it was very, very special for me.  Just as I was going to put on a new swimsuit, there was a mutiny amongst the Mermaids that I should wear my oldest and favourite swimsuit which has definitely seen better days (Laura had said on more than one occasion “it had lost its va va voom”). So I wore my “saggy baggy” swimsuit for the last leg of our challenge! The shore was about 1.5 miles and I just prayed that I could swim strong enough and fast enough to get there within the hour. Thankfully, I made it in 41 minutes, and I have been hobbling about since! On the beach, there were a lot of people and they were all clapping and cheering me onto French soil.  I got some French sand into a bag, before setting off again.  It was a very humbling experience and possibly the proudest moment of my life, but I was immensely disappointed that my four other Mermaid teammates couldn’t get to savour the moment with me.  We had always envisaged getting our flags onto the beach and taking different team shots, but with Covid-19 and also the tidal situation on the day, this just wasn’t possible.”

On finishing the swim Laura said, “When Joan reached Wissant Beach it was amazing!  We were just sad that we all couldn’t go, but to be fair we weren’t that keen to get back into the water! Keeping this bunch motivated isn’t difficult, as they are all amazing ladies, who, when asked or signed up to anything just simply get on and do it!  They are all driven, strong and determined Mermaids. I would like to say a huge thank you to our supporters.  Henley is an amazing place, and I know that many Henley residents were obsessively updating the tracker, we felt supported the whole way.”

So far the Henley Mermaids have raised over £26,000, which is going into a capital funding project so that HMS can get premises to have a music school, youth counselling, homework club, youth club etc in the centre of Henley.  You can still donate at https://www.gofundme.com/f/laura039s-campaign-for-henley-music-school

Despite aching limbs, lack of sleep and blistered tongues caused by the sea water leaving it difficult to eat, the Mermaids are already looking forward to their next swim challenges which include an ice mile, the Irish Gaelforce Fjord swim and a solo channel swim for Laura booked for 2023.  They are all also planning on getting a mermaid tattoo to mark this incredible mer-mazing achievement. 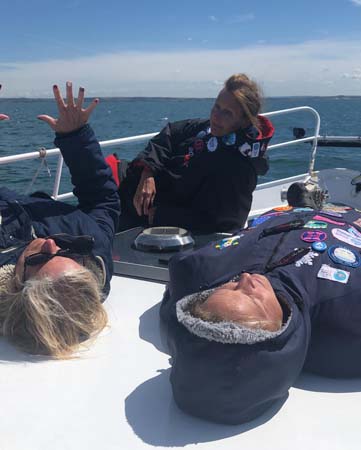 A4155 Shiplake Road Will be Closed Overnight
Scroll to top