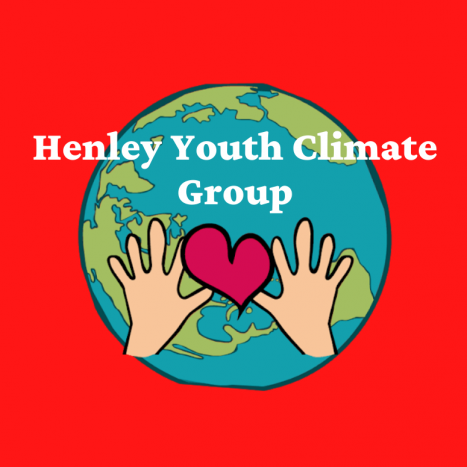 Henley Youth Climate Group is inviting local young people to join in their fight for climate justice. The newly formed climate action group has been established specifically for Henley’s younger generations, and welcomes them to get involved in the conversation around climate breakdown.

Henley Youth Climate Group aims to spread awareness about the catastrophic global effects of the climate crisis. Their main focus is to demand systemic change through influencing policy makers, whilst also advocating for a greener lifestyle. Henley Youth Climate Group stated the reasoning behind their advocacy for policy change as well as personal change in tackling climate breakdown. M Butler, a representative of the group, explained, “Large corporations such as BP, with the sixth highest contribution to global carbon emissions, realistically are the bodies who have the biggest impact on proliferating environmental damage. However, it’s still important just to bear in mind things like asking yourself do I really need to buy that extra T-shirt for the sake of an online shopping whim when 2,700 litres of water have been used to produce just that one item (WWF, 2013). Which if you think about your average 2 litre bottle of coke, is a lot.”

The group was set up by M Butler and L Jones (who wish to be referred to using their forename initials so as to convey the message of the group as opposed to themselves as individuals). There are no defined upper or lower age limits on joining; instead, the Henley Youth Climate Group are leaving it up to individuals to define what youth means to them.

Henley Youth Climate Group expressed a desire for their movement towards sustainability to be rooted in the local community, whilst simultaneously considering the global impact of the climate crisis. M Butler noted, “The effects of climate change are easily forgotten about in our busy lives as they’re symptoms we don’t directly see living in Henley, with consequences such as air pollution for example, leading to the premature deaths of of 4.8 million people globally (WHO). For someone in the UK, our carbon footprint after 5 days is equivalent to someone in Rwanda for a whole year (Global Carbon Atalas, 2020) highlighting this immoderate North/South global divide where our actions have disproportionate consequences on those in the global south. So we wanted to set up something locally to help spread the message that there are such simple ways to live a greener life.”

The Henley Youth Climate Group is still in its infancy, and the team are figuring out how best to implement their goals. They intend to hold virtual meetings, which will be announced on their Facebook and Instagram accounts. M Butler has faith in the group’s ability to influence change in the community, stating, “It’s well acknowledged the impact youth groups can have in the climate crisis movement with over 13 million young people turning out for Fridays for Future youth strikes. With this movement rallying students in over 7,500 cities, for Henley this is the most direct way to highlight there’s no point in studying if there’s no secure future to study for.”