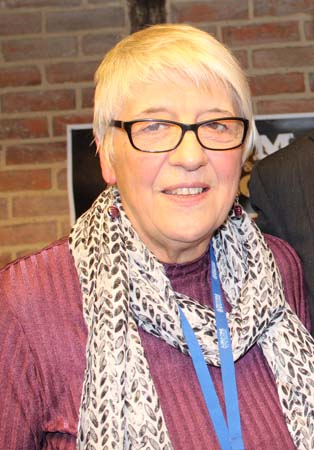 Sue told the Club that between March to June 2020, the Henley Food Bank made deliveries to 125 households containing between 1 and 8 people, this equated to 674 parcels or 1570 bags of food.  In the comparable period last year the food bank delivered 85 parcels, a substantial increase.  There have also been monetary donations during this period which has allowed  food vouchers to be distributed to needy families. Food vouchers can be a very important addition to a households income, allowing them to buy fresh fruit and vegetables and giving access to specialist foods which some households require for a special diet.

Sue said “Delivering food parcels allowed Nomad to keep in touch with people even if only a doorstep conversation.  This is important because for some people the food bank delivery was their only face to face contact during lock down. As everyone is aware loneliness and the lack of contact with others can have a very serious effect on mental health and well being. At the beginning of lock down there was a marked increase in the number of single older people who contacted the food bank because they were suddenly unable to go out and had no one close to help with shopping.”

The local community has been very generous during this difficult time.  On occasions there was a glut of staple food products, for example, cornflakes and porridge. These goods were put together with chocolate or other ingredients which were sent out with recipes, which led to a boost in family cooking and lots of photos have been posted to the Nomad website of these delicious cakes.  At Easter a lot of Easter Eggs were donated which made a difference to the younger recipients, but also to an older man who said it was the first time in 10 years he had received an egg!

Sue made two final comments; Nomad is alive and well and has worked extremely hard over the lock down period and have felt extremely privileged to serve the local community, particularly through the food bank. And finally she gave thanks to the Pirate Pizza boat for providing 24 pizzas each week for people using the food bank.

River & Rowing Museum’s Flag Up My Hero Kits Flying Off The Shel...
Scroll to top