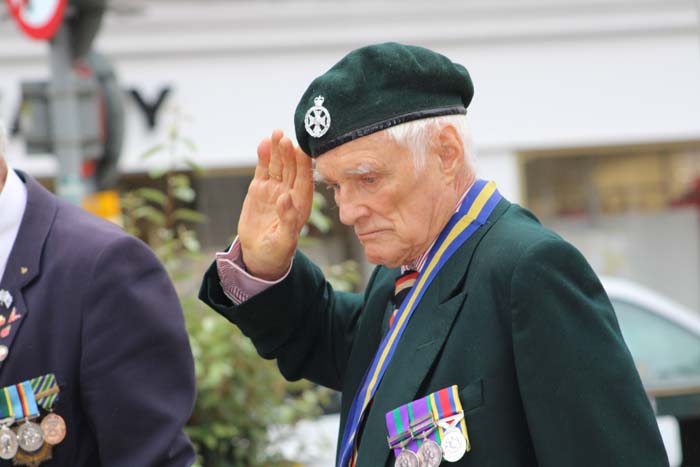 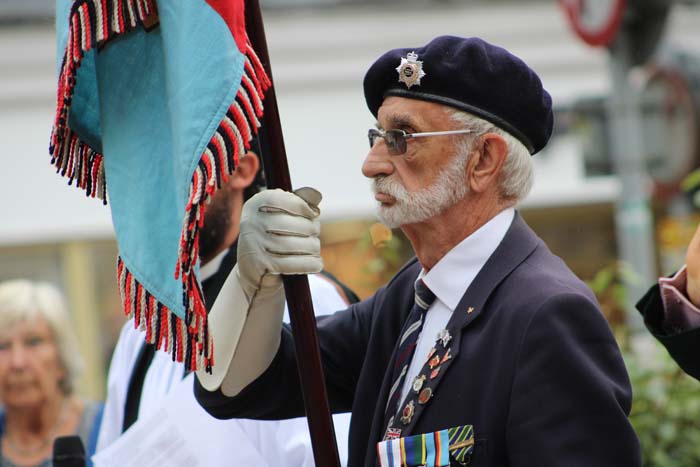 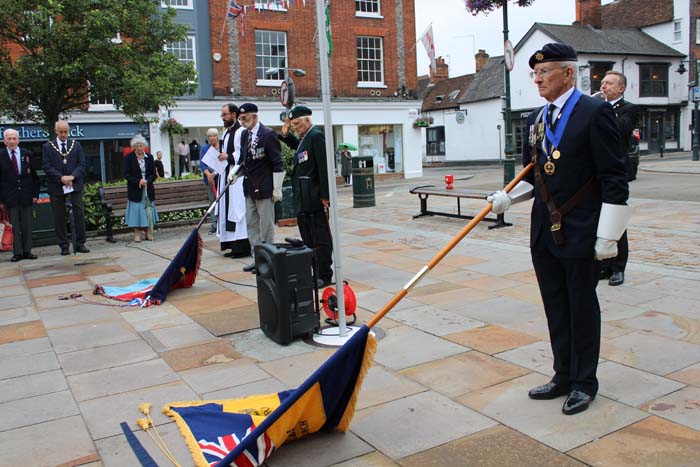 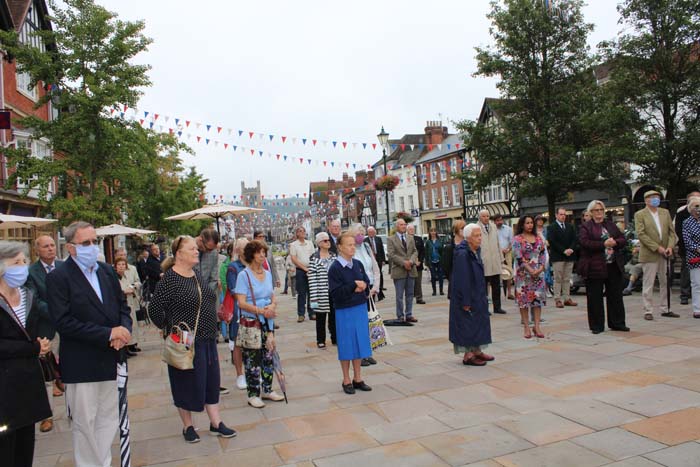 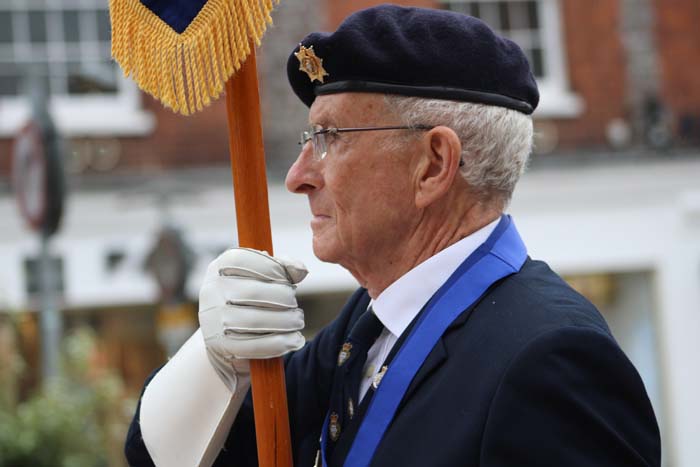 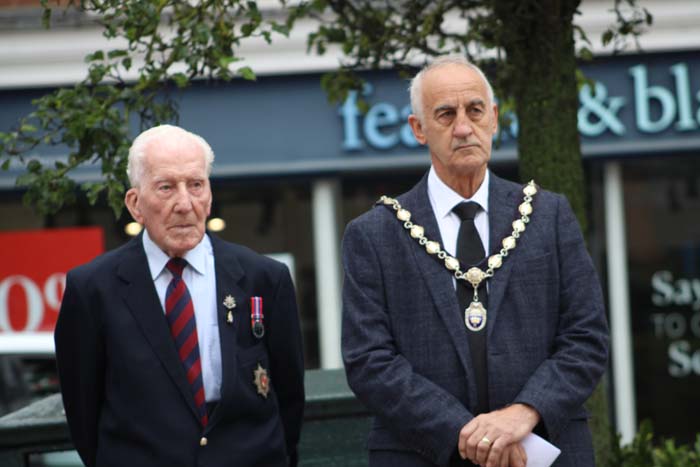 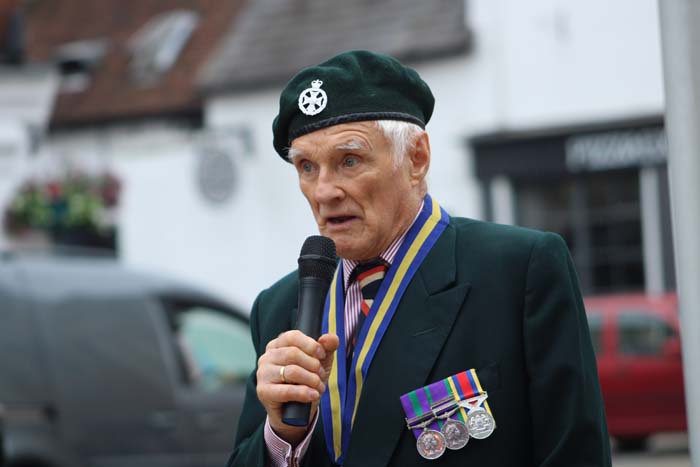 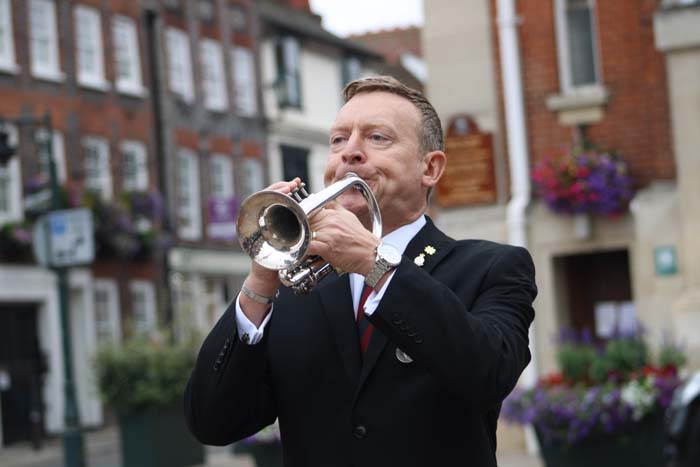 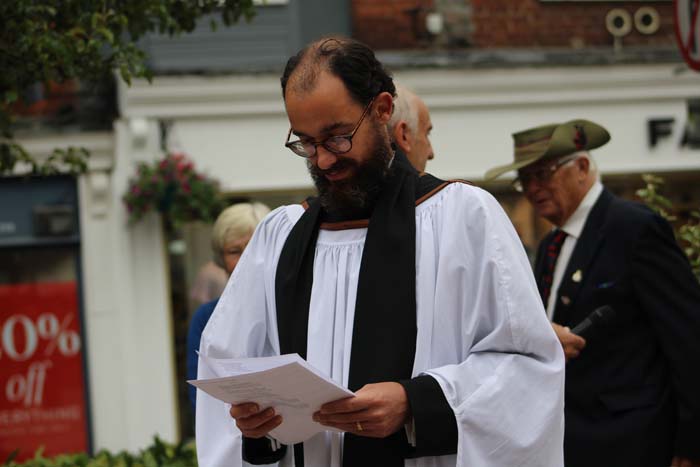 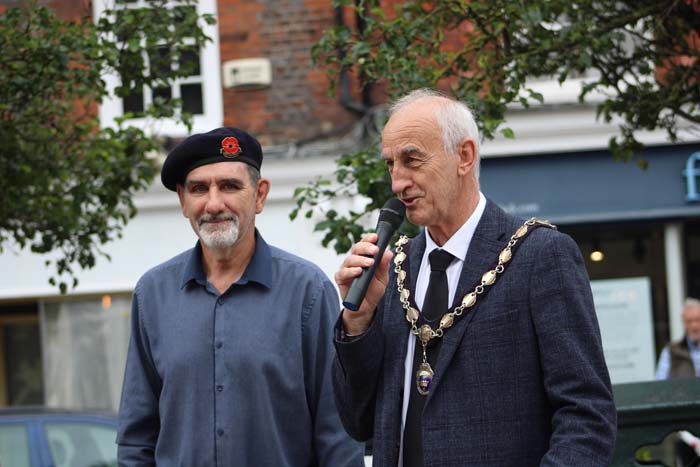 Residents gathered in Market Place on Saturday morning to mark the 75th anniversary VJ Day (the day WW2 ended with Japan’s surrender) with a short ceremony organised by the Henley & Peppard Branch of the Royal British Legion.

On 15 August 1945 at noon Japan standard time, Emperor Hirohito announced surrender to the allied forces by accepting the Potsdam Declaration, a document jointly issued by China, the United States and Great Britain. Eighteen days after, on 2 September, the surrender documents were signed. The Allies agreed to name the surrender VJ Day to echo the VE Day, and the United Kingdom officially commemorate this day on 15 August.

Lt. Col. Peter Blaker, President of the Henley RBL said, “What happened in the Far East was a given to most people and yet from December 1941 we were engaged in a war that was relentless, brutal and strategically importance to us.  There were families in Henley area that had an interest in it and the 6th gallant of Oxfordshire & Buckinghamshire Light Infantry fought their way in Burma from top to bottom and there were families who lost fathers, husbands, sons and brothers.  Let’s remember all those that suffered in that war.”

Afterwards Father Jeremy Tayler from St Mary’s Church said a few prayers including The Far East Prisoner of War prayer which includes the words: The price that was paid we will always remember. Every day, every month, not just in November.  We shall remember them.

A two-minute silence was then noted and then the last post played by bugler, ex Scots Guard, Stuart Henderson.

After the bugler played The Reveille, Lt. Col. Blaker recited the Kohima Epitaph. John Green then said, “Her Majesty the Queen is the Patron of the Royal British Legion and  during the war her and parents led and showed a fantastic example and although we’ve just remembered, it is a matter of joy.”  He then asked the congregation to join him in three cheers for Her Majesty the Queen.

James Nelson said  “I have been carrying this standard for 32 years.  It’s a very important day and very proud to be standard bearer on this occasion.”

Henley Mayor, Councillor Ken Arlett said, “It was a great pleasure to be part of the VJ ceremony that took place in the Market Place on Saturday morning. Although a celebration of the end of the war with Japan, it should also be a time to remember the suffering of not just British troops, but also our allies from all over the world.

Plenty has be written and spoken of the horrendous injustices that took place in World War 2, and these need to be passed down to future generations to show the sacrifice that our service men and women gave.

A particular thank you to the Henley RBL Committee and also the Peppard Branch, in particular Lt. Col, Peter Blaker, President of the Henley RBL, John Green Branch Chairman and Father Jeremy Tayler.”