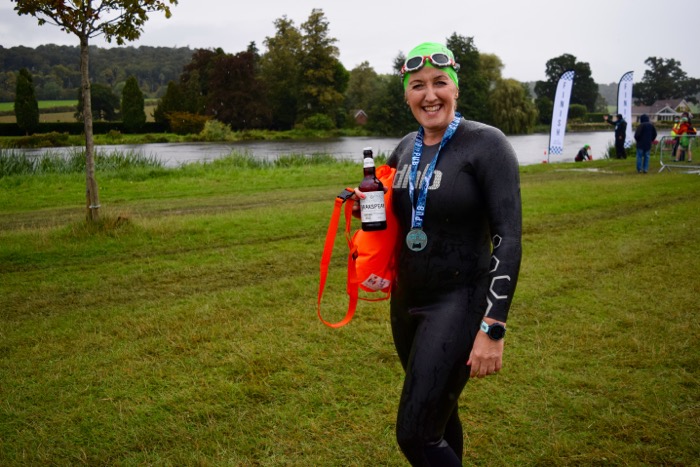 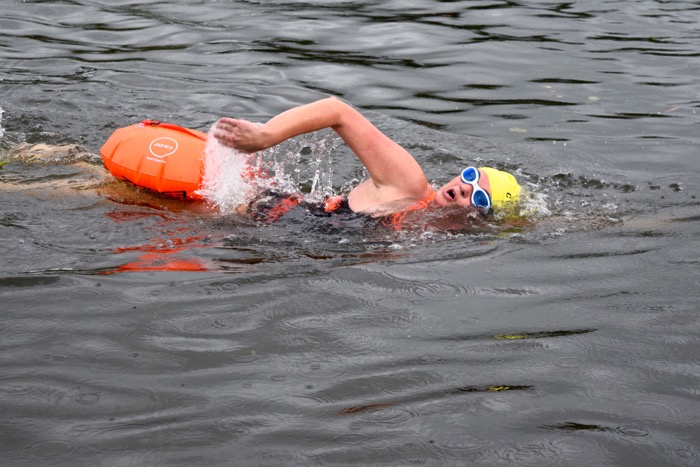 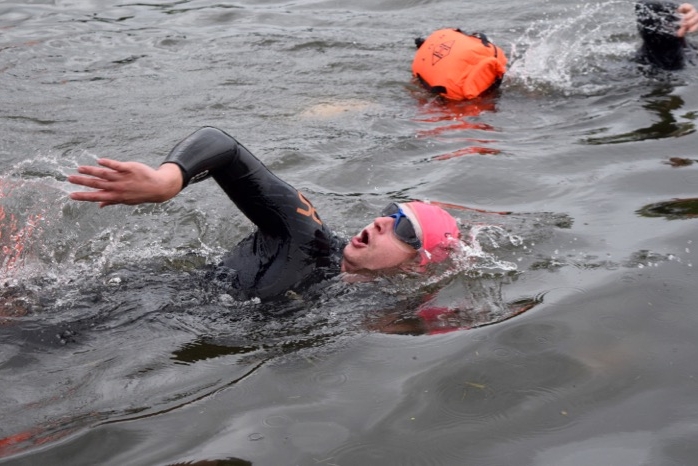 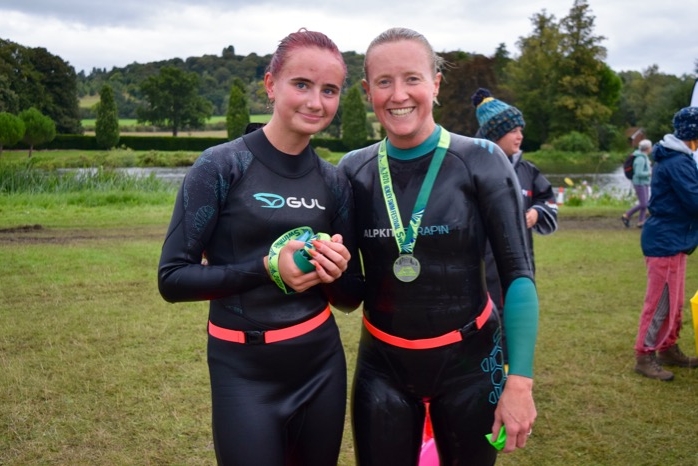 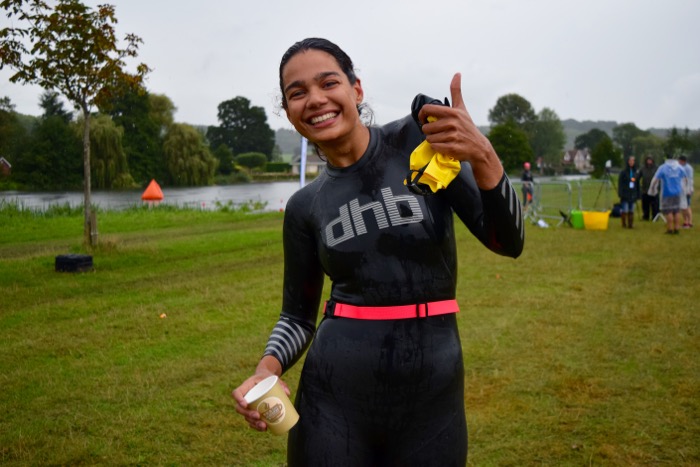 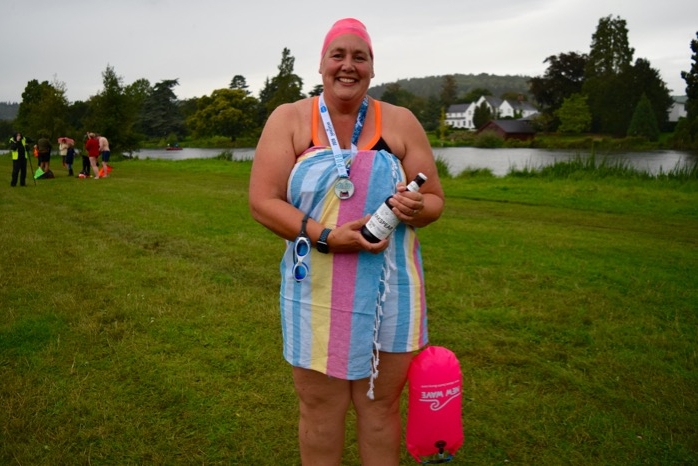 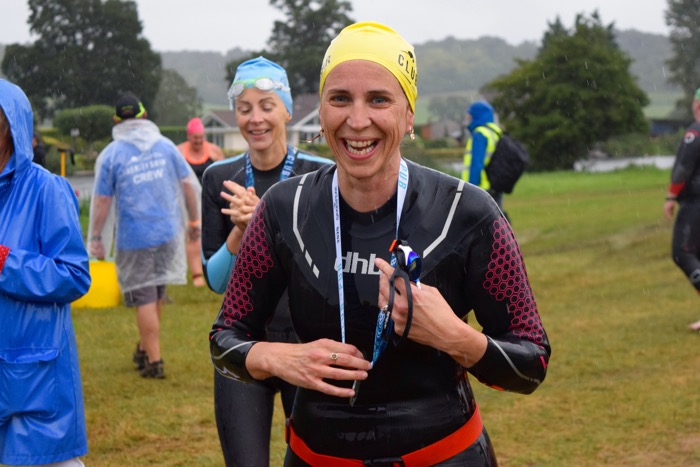 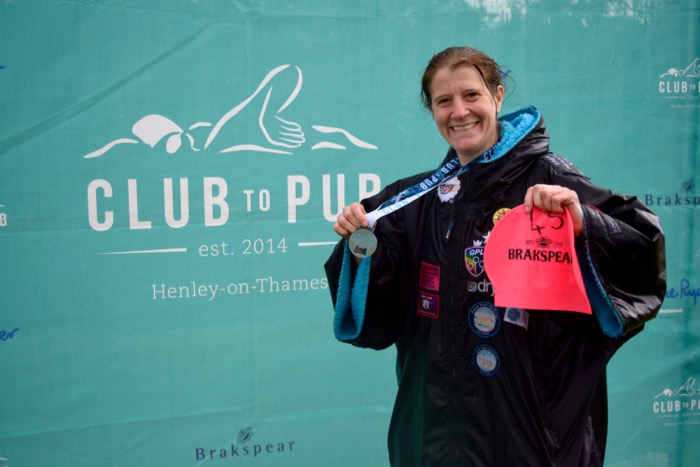 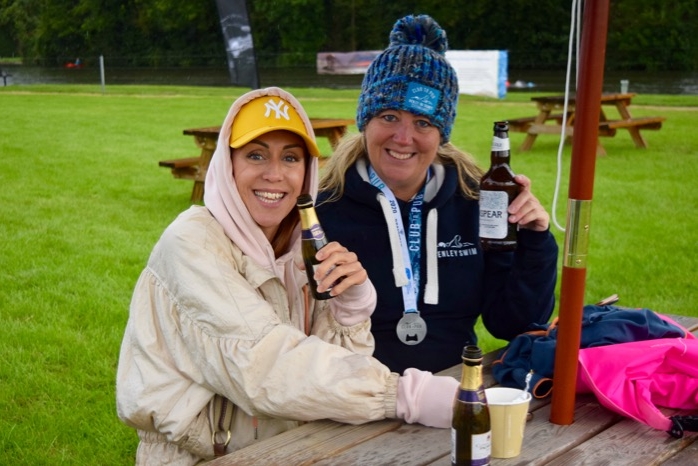 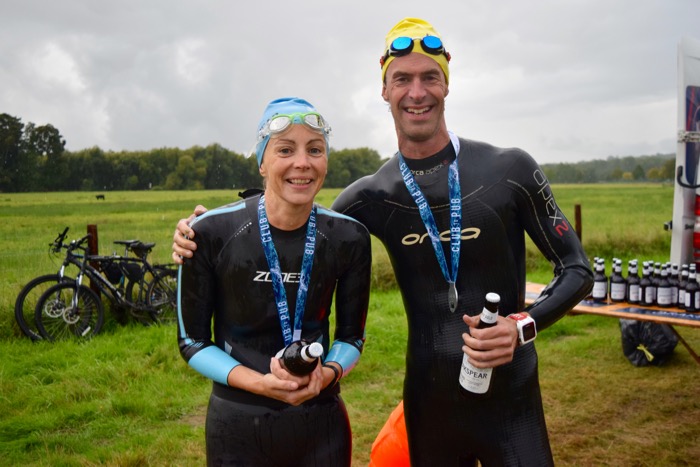 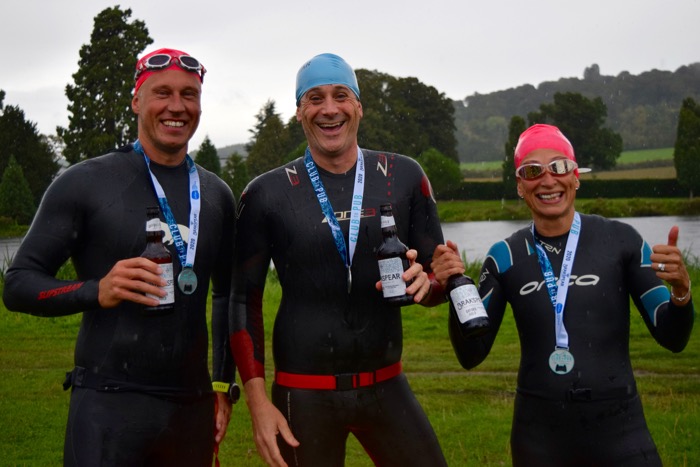 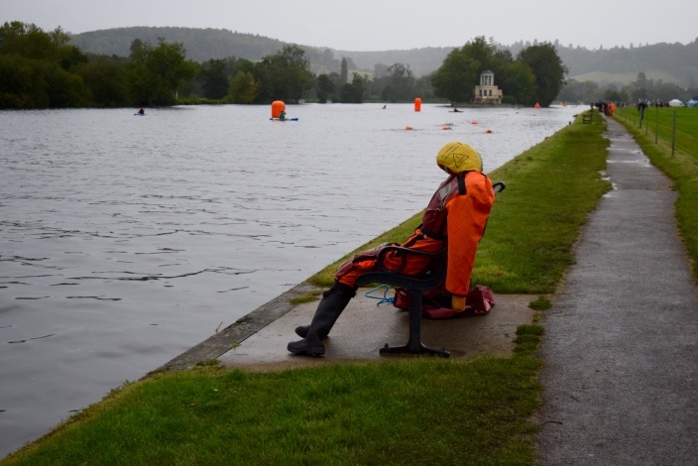 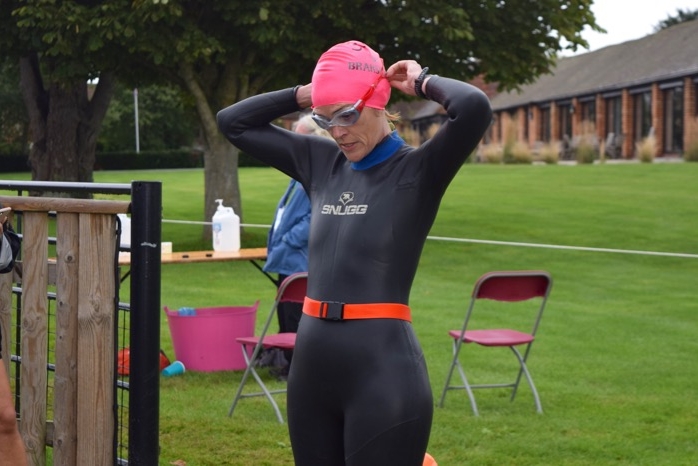 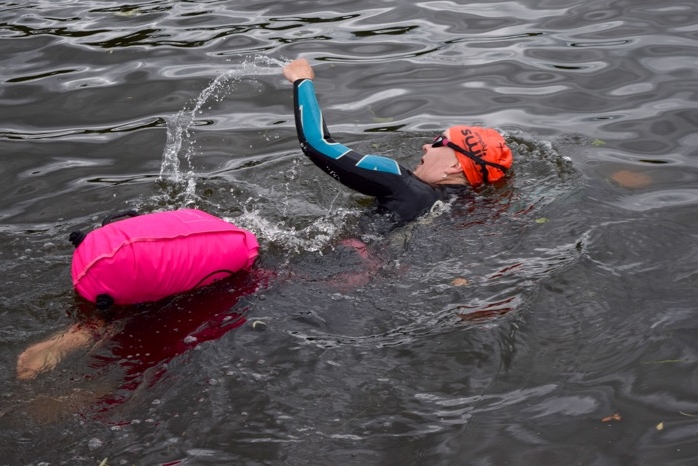 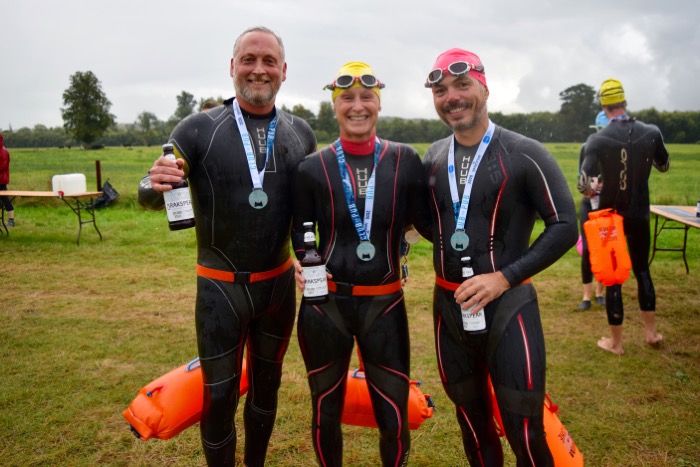 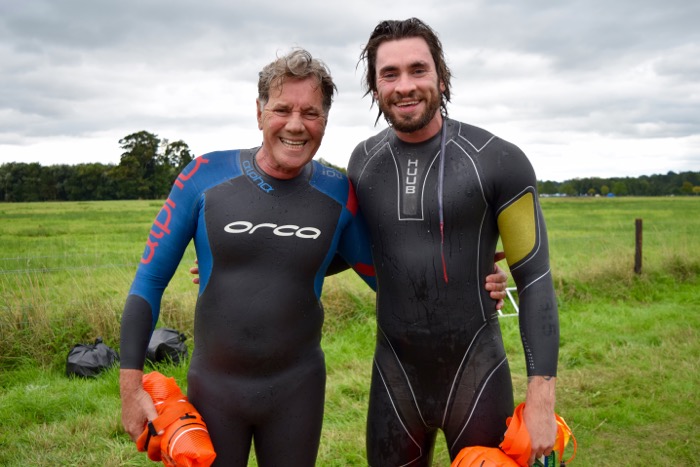 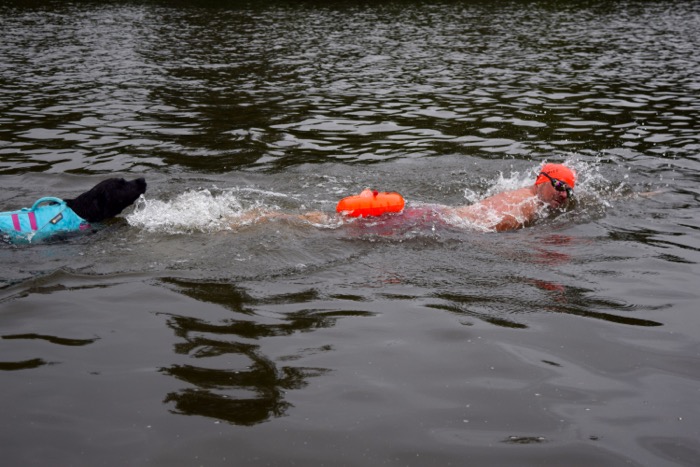 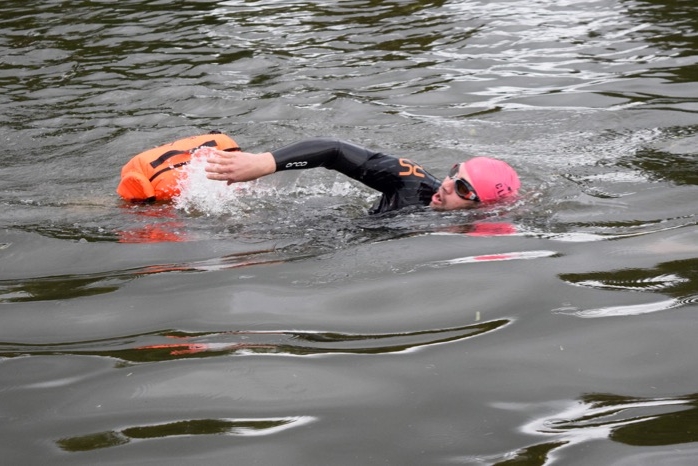 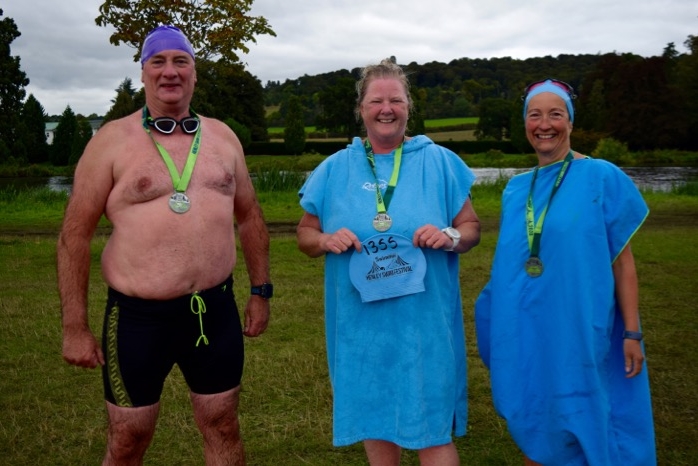 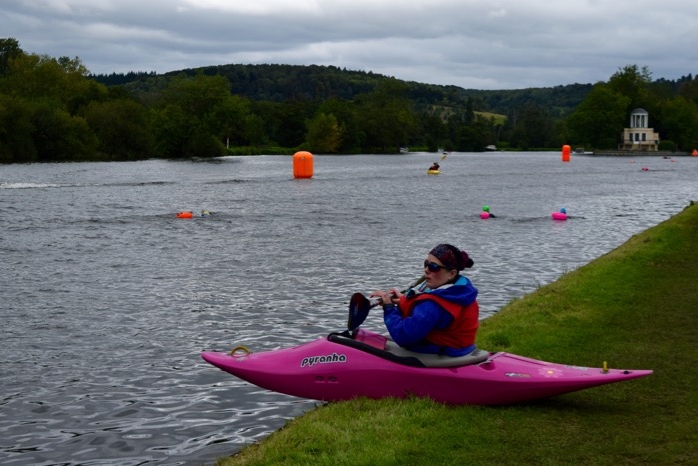 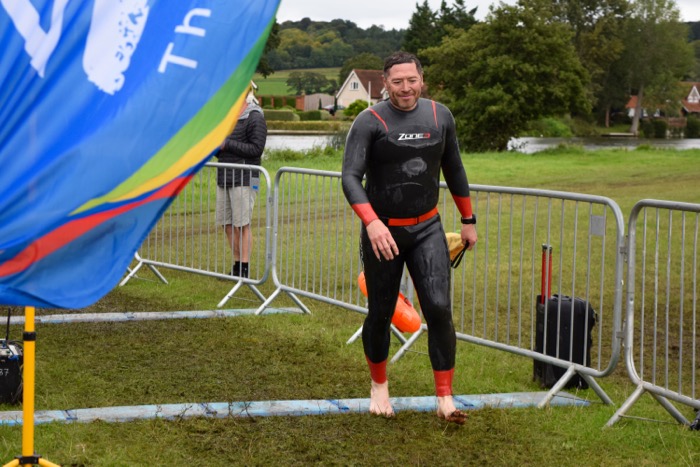 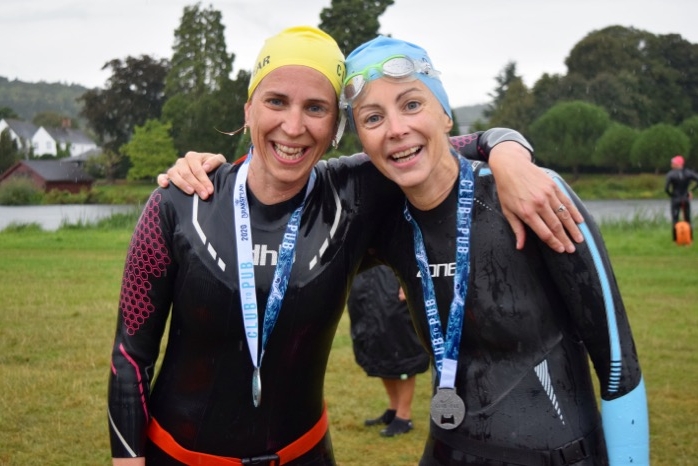 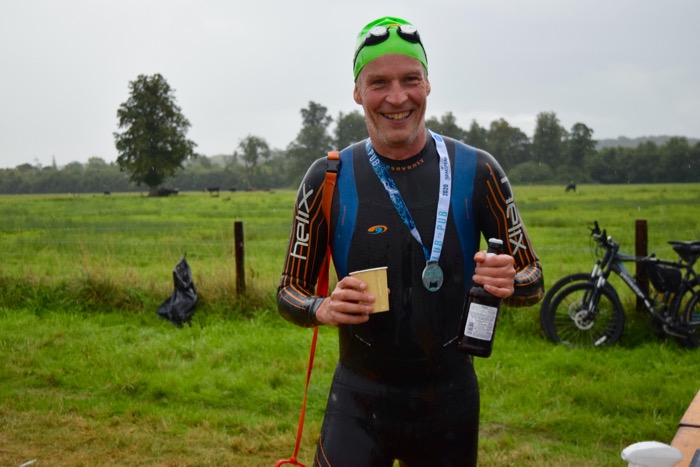 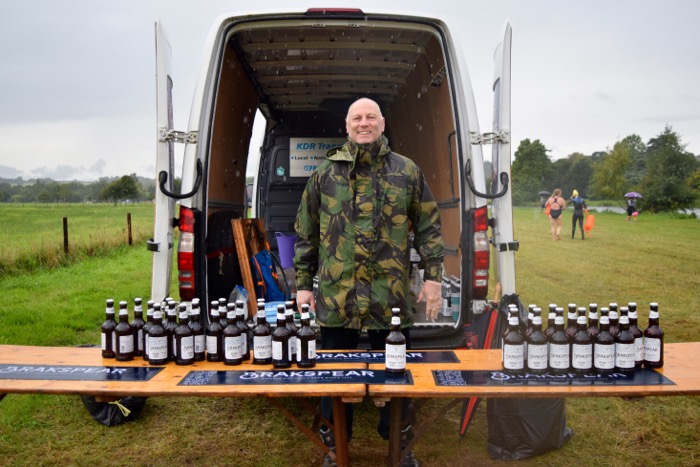 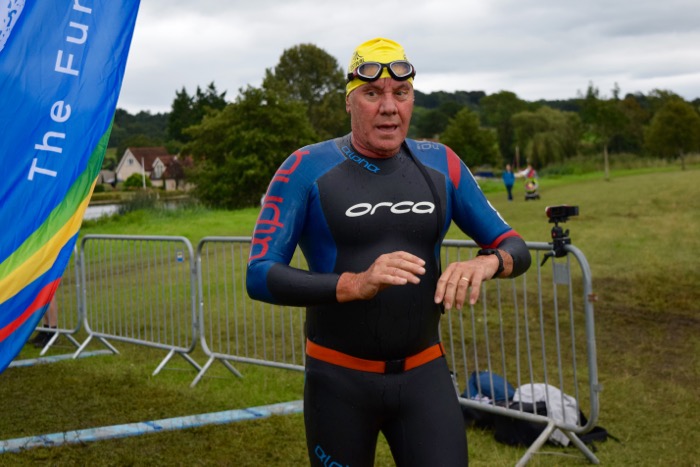 Hundreds of swimmers braved the Thames last weekend for the Henley Swim’s Club to Pub and the Henley Swim Festival. On Friday and Saturday, Temple Island Meadows were flooded with people itching for a dip in the river after the Henley Swim’s 2020 events were rescheduled or cancelled due to the coronavirus pandemic.

Seasoned Henley Swimmers were thrown in the deep end as the event adopted a new location this year, with the course taking place between Temple Island Meadows. Extra health and safety precautions and social distancing measures were also put in place. Start times were staggered, with only two swimmers setting off at once to minimise contact with other competitors. In addition, hand sanitiser was provided for the swimmers at the start and finish.

The Club to Pub usually takes place in July, starting at Henley Rowing Club proceeding downstream to finish at the Angel on the Bridge. However, due to the coronavirus pandemic, the Club to Pub swim instead took place on Friday 28th August, with entrants setting off at Temple Island Meadows and swimming 1.6km downstream towards Hambleden Lock. Whilst the pandemic put a stop to the traditional proceedings, the atmosphere of the event remained the same, with Brakspear beers waiting for swimmers at the finish line. Moreover, a number of food and drinks stalls were set up in the field opposite Temple Island, so swimmers and supporters could wind down and refuel after their race.

Despite heavy showers on Friday afternoon, participants were not deterred, with some event preferring the river to the conditions on land. Vanessa Cowie, who swam with a group of friends, said after her swim, “I really enjoyed it. It went really quickly. I’ve never done a Henley Swim before but I’ve done some other [open water swimming]. This is one I’ve always wanted to do – I’ve never swum in the Thames for an event before. It was actually warmer than I thought and quite nice in the rain — you may as well be in there in the rain than out here, to be honest!” Vanessa, who lives in Streatham and swims at the Tooting Lido, finished in a time of 30 minutes 20 seconds. She hopes to take part again next year, and perhaps try a longer swim.

Ben Walsh, from Henley, is no stranger to the Club to Pub, having taken part every year since it began in 2014. He said, “It was quite chilly, and it was different, but at least it’s still happening — that’s the main thing. I’ve done it every year so I wouldn’t have not wanted to do it. It was good, and I’m glad they’ve still got it going on. I definitely always do this one because I get a free beer at the end.” Ben, who finished in a time of 32 minutes 50 seconds, swam with his wife Sianne Walsh and sister-in-law Treena Rossiter.

Kate Goodman, another practiced Henley swimmer who trains with the Henley Open Water Swimming Club, took part in the Club to Pub for the first time this year. “It was really lovely, she reflected. “I swam with my friends; it was fun. I’ve not done this one before – I’ve done the classic and am swimming the marathon next week with friends from the Henley Open Water Swimming Club. It’s a bit of shame that the weather has let it down a bit, but it’s really nice that they’ve put it on because it wasn’t going to be on for such a long time and it’s nice to actually do something.”

On Saturday 29th, another wave of people took to the Thames for the Henley Swim Festival. The Festival, which incorporated the Henley Mile event, offered a range of different distances: 1 Mile, 1/2 Mile, 200m, Suits vs Skins (1 Mile x 2), and a 4 Mile Challenge (1 Mile x 4). This gave swimmers of all ages and abilities a chance to get involved — including an Olympic medallist!

Double world champion open water swimmer and Olympic silver medallist Keri-anne Payne took part in the Henley Mile, finishing 8th in the event in a speedy 23 minutes 49 seconds. She posted on Instagram, “Such a brilliant day @henleyswimevents today! What could he [sic] better than swimming down stream in a beautiful river! Also so happy to see some of my open water qualified coaches and their swimmers.”

It wasn’t just humans taking part in the swim, either, as one man completed the swim with his dog!

The event could only run so smoothly thanks to the tireless work of the organisers and volunteers in what has been such an unstable year for sport. Thomas Carter, who began volunteering with the Henley Swim nine years ago, was helping with registrations for the 2020 bumper weekend of swims. He reflected, “This year’s event was unlike any before it, given all that has been going on. The fact it was able to take place at all was fantastic, but the actual atmosphere on the day was even better, despite the less than ideal weather conditions. The staggered individual start times, as opposed to previous year’s en masse, provided for a far more relaxed environment, which I think was appreciated by all. I very much look forward to what next year has to bring.”

Unfortunately, the Henley Classic and the Thames Marathon were both cancelled this year due to the pandemic. However, the Henley Swim have organised a Virtual Thames Marathon in place of the usual mammoth swimming event. Participants must swim 14k by 13th September (in open water, swimming pools, or a combination of both) and send their timings to the Henley Swim to receive their medal and certificate in the post. There are six different levels to choose from, so you can split the swim over up to six weeks. For more information on how to take part, visit the Henley Swim’s website.