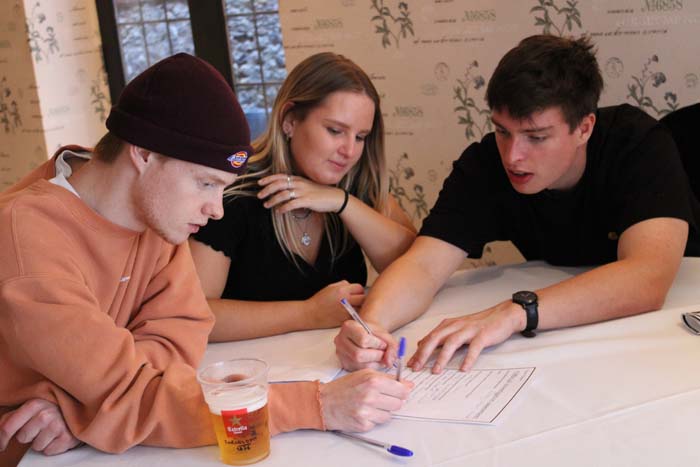 Detective teams enjoyed trying to unravel the mystery of the great astronomer Sir Ralph Norbet’s death after a fall into the watery depths of the Thames as part of the Battle of the Wills event staged at the Red Lion Hotel and around town by Tangle of Keys production company on Saturday.

The detectives had to find out who killed Sir Ralph, what was his time of death and what was his and Polly’s secret plus other details by working out about 25 different puzzles. The players had 2 hours to complete the puzzles which were hidden in a variety of real world elements, such as newspapers, posters, and even behind the bar/counter of some Henley’s favourite pubs and shops including Hofs, The Argyll, The Old Bell, The Angel, Drifters, The Kenton Theatre, and Way’s book shop.

The players were given a booklet at the beginning of the event that contained information about the suspects, context of the event and a map with starting points to a trail of puzzles, clues and characters. There were five characters who each performed an interactive scene to help with unravelling the mystery around the centre of town, inside and outside of the Red Lion Hotel, and on the riverside.

Players were introduced to the event with an opening scene, and after exploring the town for 2 hours returned to fill out an assessment form, before the suspect was 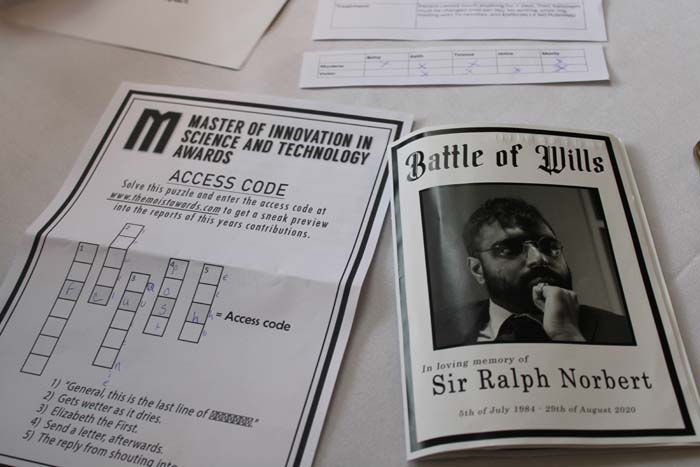 revealed and the winners announced.

Event Manager and Co-founder of Tangle of Keys, Robin Nice said, “We tried to make the event funny, engaging and a little challenging. Ben Hughes, Co-founder and our Creative Director who wrote the script and characters is a comedic genius and made the production have lots of laughs in.  The first event went incredibly well. Everything went to plan and we were able to adjust any minor issues throughout the production. We received a lot of positive feedback and we have some exciting plans for future events!”

Charlie Randall who played Kevin Deed and Elspeth Lund who played Alotta Spillage. Elspeth, said, “We were given a script but we were given a bit of freedom and improvisation as people were asking questions and we responded to those in character. It’s the first time I’ve done something like this. It’s been a lot of fun and that’s partly because I’ve only done stage stuff. It’s the interaction with people and their reaction to my outrageous comical character which people seemed to play along with really well. If Robin does anymore I would definitely do it again.” Charlie added, “I’m a semi-professional actor and got involved after my friend from university, Ben who wrote the script. The general reaction was that everyone was really enjoying it and I was trying to help them with clues.”

Alexander and Ruben guests from Marlow said, “It was really cool to support a local event. We’ve been doing escape things and they’ve really become a trend so it was cool to have something so local to us. It’s been quite difficult. We’ve got all the clues and we’re just trying to piece them altogether. It’s been really good fun.”
Greg McDonald commented, “It’s been a fun murder mystery, with a few pints in between. It’s been good level of challenging and we’ve not got stuck completely. We think we’ve worked out what’s going on.” 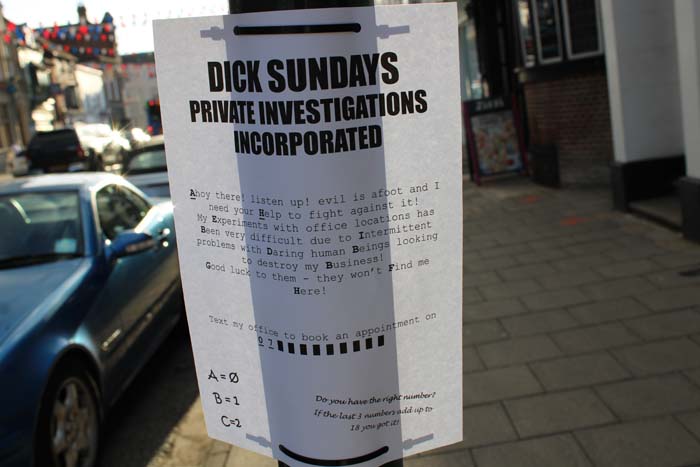