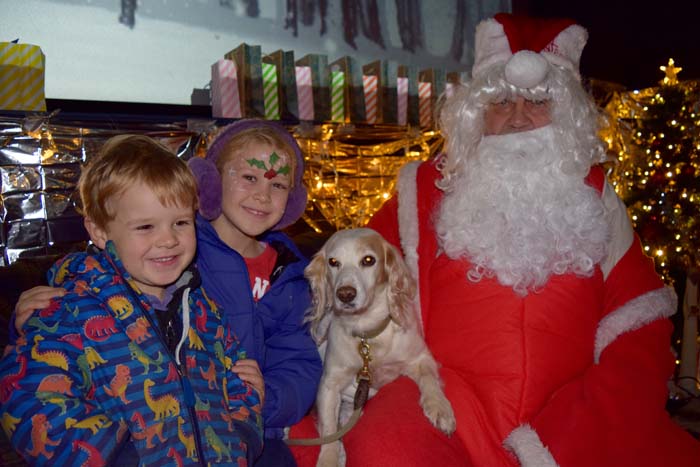 The highlight of the festive season in Henley, the late night Christmas festival looks like it will be cancelled this year due to current government Covid-19 guidelines which bans gatherings of more than 30 people.

The Christmas festival normally attracts thousands of people to come out and enjoy the festivities and this year the evening was planned for Friday 27 November.  Retailer, Laurence Morris from Laurence Menswear said, “Late night shopping Henley doesn’t work for retailers without the festival.”

At the Town Council’s Events Committee meeting last week, it was agreed that Henley Town Council need to scale back their Christmas events this year which include the Festival, plus the Santa Run and Mayor’s Over 65s Christmas Lunch.

Invesco however have agreed to sponsor the large Christmas Tree which is the centre piece in Market Place this year and will be selected from the Tree Barn as normal.

The committee discussed having a number of smaller events over the festive period than just one. Councillor Kellie Hinton confirmed that the Regal Picturehouse would like to run a Santa’s Grotto again this year.  Other ideas included having an Elf Trail around town and a passport to shop initiative for a prize draw involving retailer stamps after purchase to promote Henley as destination for Christmas shopping.

It was suggested that a small festive gift with a card could be delivered by Councillors to those who normally attend the Mayor’s Over 65s party and that the event be postponed and perhaps take the form of a garden party at Easter when it may be possible.

Councillor Kellie Hinton suggested a virtual ‘get active’ for families to replace the Santa Fun Run on one day led by a local fitness expert with time slots and the opportunity to donate to charities.  Laurence Morris suggested a sponsored static bike or ergo row in Market Place with Councillors, retailers and famous local celebrities doing their bit to help local charities.

The Living Advent Calendar will not be taking place this year due to Covid-19 restrictions.

The annual Mayor’s Christmas card competition for children will go ahead.  Henley Mayor, Councillor Ken Arlett and his Dorothy will choose a theme.

If you have any other ideas for the festive season, please comment in the box below and we will forward them to be considered at the next meeting on Friday 2 October.