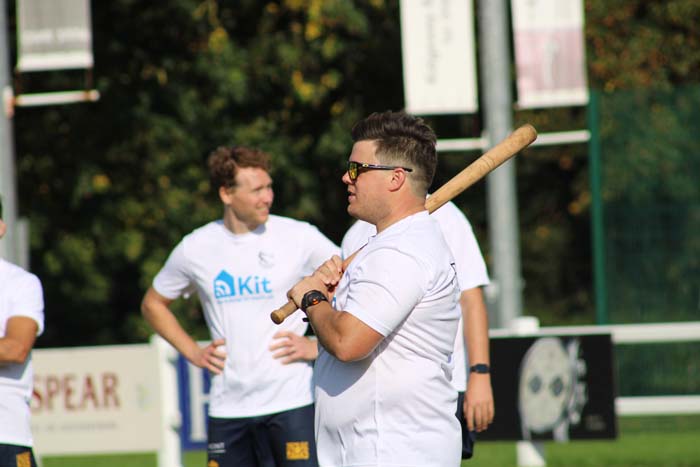 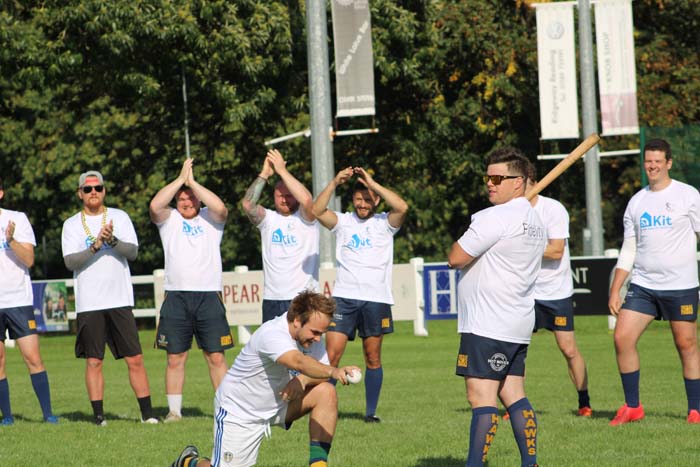 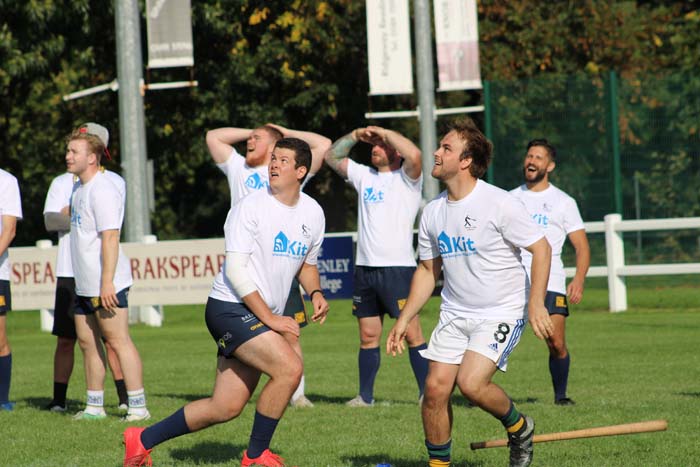 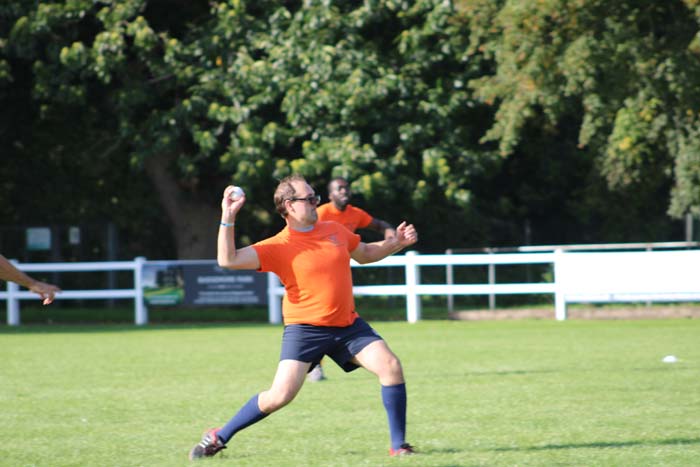 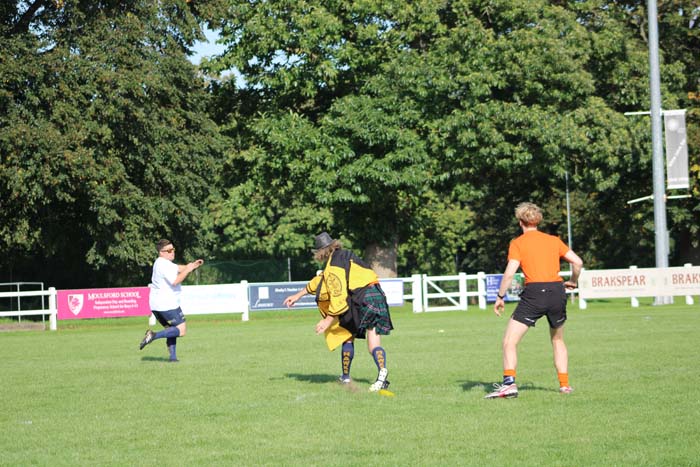 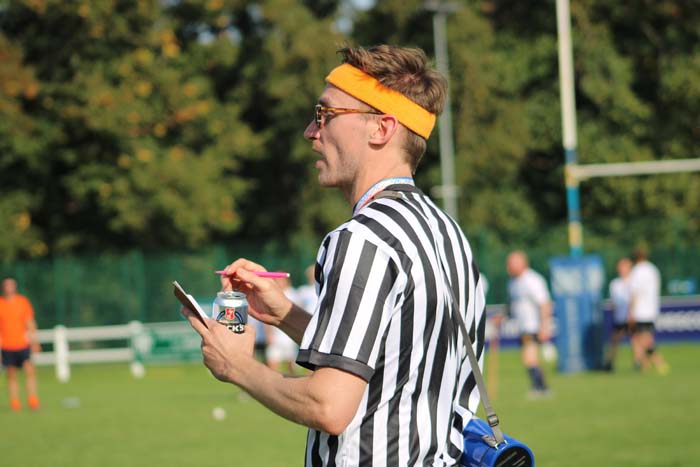 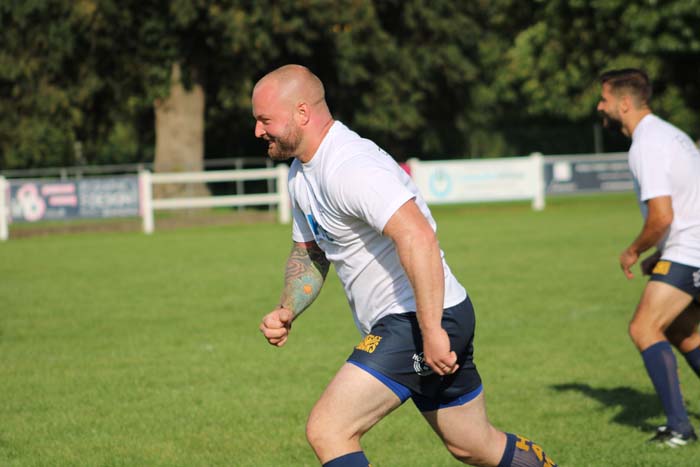 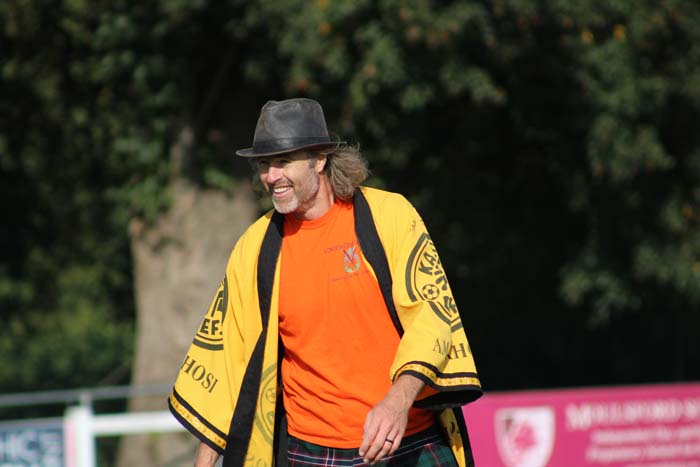 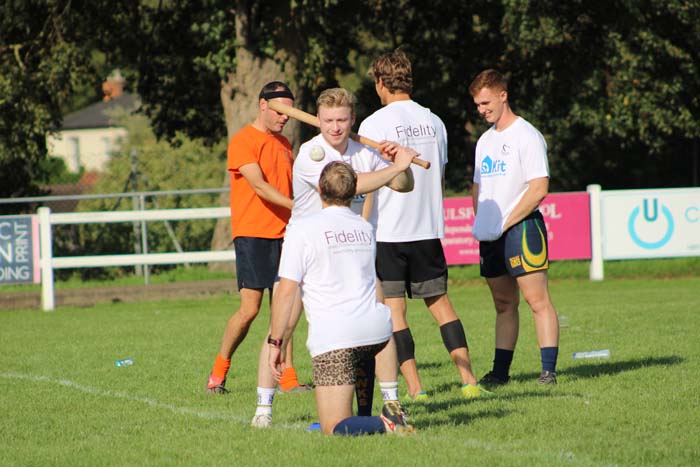 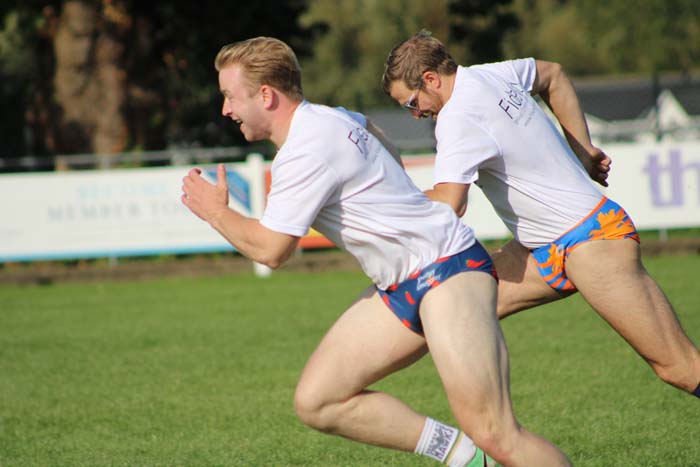 The first English Oina game took place at Henley Rugby Club on Saturday afternoon between the London Oina Society and the Hawks Vikings team.  Oina is the national sport of Romania and is a cross between baseball and British Bulldog.

Each team has 11 players taking it in turn to hit a leather ball as far as they can before running through a gauntlet of the opposing team who try to hit the players with the ball before they reach the next base.  The game is 700 years old and was originally played by Romanian shepherds and it is thought it is the predecessor to baseball.

Hawks Viking player, Richard Webb organised the game on Saturday.  He first played for the London Oina Society last Autumn. He said, “My friend Archie (Brooksbank) told me that the Romanian team are coming out to play London Oina Society and I said what is an oina game? He said come down to the game and I ended up playing with the London team.  I thought it was a great sport and it was fantastic day and the Romanian’s were exceptionally happy that we had embraced the sport and I wanted to bring it to Henley for the London Society to play the Hawks Vikings.”

London Oina Society player Rob Carter originally saw the game online and they took a team out to Transylvania after contacting the President of the Romanian Oina Society.  Richard explained, “They hosted the team there and made it a big day with the British flag flying and playing the English national anthem.  They are really deeply passionate about building the sport and want to get other countries involved.  They sent us all their equipment and have given us little diplomas.  They are very keen to help us develop the sport and give us everything we need.  We’re going to get a full England national side together and register that.  I’ve been talking to the rugby club about making it the official home of the England Oina Society.  We going to start a little kids team as well.  I thought it would be great to start a pathway/junior team.  If you’ve got any type of cricket background it is a very easy sport to jump into.”

Richard, known to the team as Wizard was dressed in his South African Kaiser Chiefs rugby team cloak, favourite hat and a kilt that he had just been given to him at a sales conference in Scotland.  I wore the cloak to the first game and thought the hat and kilt would add to the occasion.  It’s encouraged to bring flavour and colour to the sport!”  Other team Hawks team mates stripped off to reveal budgy smuggler tight pants.  The game was sponsored by Henley company, Keep in Touch from the Fidelity Group.

The game ended in a draw with the Vikings winning the first game comfortably and the losing the next game closely.  Richard added, “It was a fantastic result and reflected the ethos which is to have fun, bring the family and celebrate a new sport.”