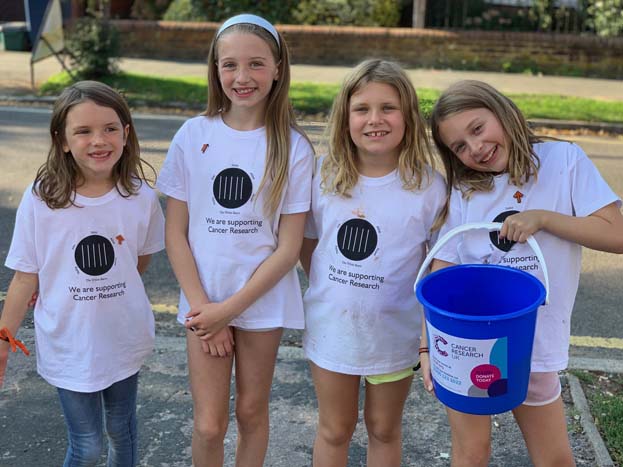 Last Sunday, five pupils Elin Barr (10), Alise Barr (6), Holly White (10), Daisy White (8) and Jasper White (5) ran a charity stall outside their home to raise money for Cancer Research. The children formed the idea at the beginning of the year but with lockdown, only now have been able to run with their idea. They decided they wanted to raise money for Cancer knowing so many who are affected with this disease – family members and friends.

Holly’s Mum said, “We had to manage their expectations as we had no idea if we would have support of 10 people or 100! As it happened the flow of people at the stall was pretty constant. The children designed their own logo, made t-shirts and flyers for the event. As well as deciding which clothes, toys and books to part with, they planned games: Guess how many sweets in the jar, a Silent auction and Guess the name of the teddy. The children and were baking for 24hours before the event, to make sure they would have enough goodies for everyone coming to the stall. Flapjacks, Meringues, Oreo fudge, Chocolate Crispies, cookies and cupcakes were made.”

The day before the event, the children knocked on doors of the local residents raising awareness of their event. Once it was over, they did the same, thanking the locals for their support and telling them that they raised £571.82.

Holly’s Mum added, “It was a long day but the children’s enthusiasm didn’t wane. Holly, 10, spent the afternoon bringing in the passer byers by explaining why the stall was taking place and what games there were to play and things there were to buy! Many messages were received following the event about how it had brought the community together and how wonderful it was to see children running this event, with such confidence.”

One local resident said, “Thank you to the very creative White Barrs for a wonderful event. Fantastic result. Lovely children. Very happy with my cakes. You must be so proud”. Joanna White mum to Holly, Daisy and Jasper commented, “I remember raising £1.83 for Ethiopia by running a fayre with my sister and a friend, when I was 8years old. How much we raised featured in the local church newsletter. I remember feeling so proud and I still remember it now. This is why, when they mentioned the idea, I welcomed it and despite twice postponing due to poor weather and quarantining, I was determined that we would go ahead with it! Luckily, we did before rule 6 came into play! I believe it is never too early to encourage our children to learn about charity work and giving to others.”

Piper Seddon donated her long hair to the Little Princess Trust which makes wigs made of real hair for children who have cancer.  Piper said, “I decided to donate my hair when it got quite long because I had been inspired by some friends in her class who had previously done the same (Rhea and Alexandra), and I too wanted to do something to help other children.”

Piper’s Mum said, “She likes her short hair a lot, but sometimes she misses being able to put it in a ponytail.” 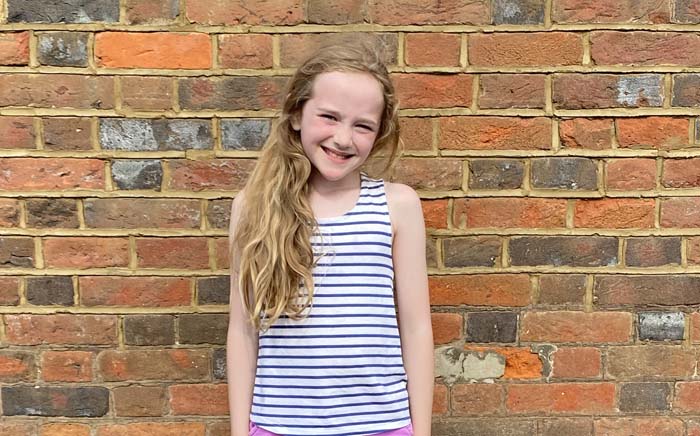 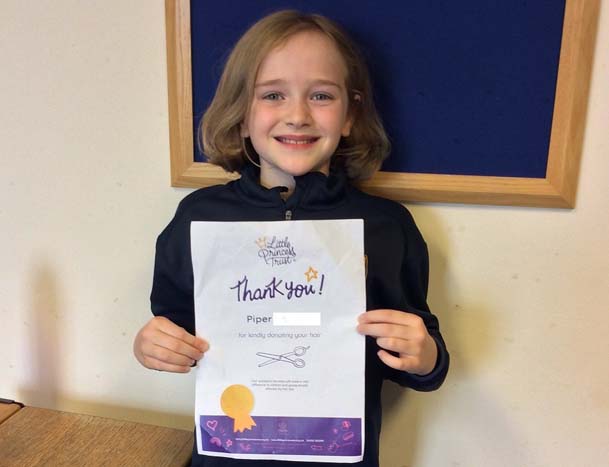