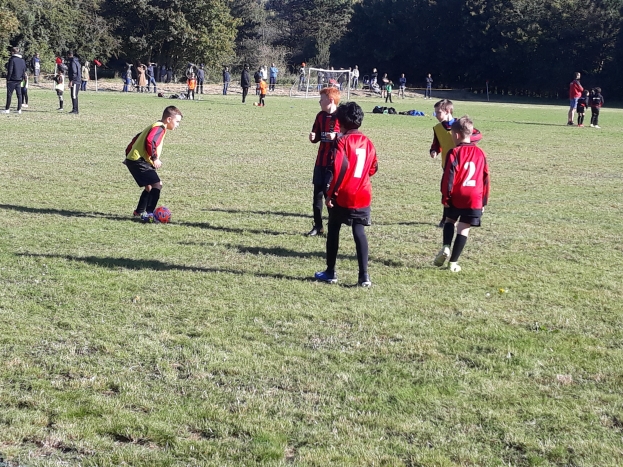 On a busy morning at Jubilee Park, the AFC Henley Hurricanes U10s took on the Eldon Celtic Jaguars U10s in their latest league match. The Hurricanes were quickly into their stride, winning most of the balls in midfield and passing well. Will Lindsay’s speed and determination down the left wing was matched by that of Jack Callaway on the right, whilst Oscar Robinson combined his usual perseverance and determination with some great passes working well with midfield. However, for all the good work, the Jaguars defended well and looked to get forward when they could. The defensive trio of Jack Tookey, Dominic Ellis and goalkeeper Harrison Carpenter Buckett were on hand to deal with any threat.

The second quarter continued in a similar vein. Shiva Vadhoolan was introduced into midfield and made an immediate impact, showing some fine skills in the face of the Jaguars’ more physical approach. The Jaguars were on the prowl, attacking more in the second quarter, and forcing solid defensive tackles first from Dominic Ellis and then from Nicholas Hernandez St Clair. The Hurricanes were able to exert their own pressure too, with Oscar Robinson, Shiva Vadhoolan and Jack Callaway linking well at the front.

The third quarter began with the Hurricanes showing their midfield skills, some great touches from Nicholas Hernandez St Clair and Jake Thatcher. Meanwhile, Luca Currie was winning the ball with some deft moves of his own to overcome the physical challenge. The pressure from the Hurricanes led to an attempt on goal, Jack Tookey rifling the rebound past the keeper from the edge of the box. Moments later Will Lindsay had a great shot of his own, denied only by a brilliant save from the Jaguars keeper.

In the final quarter, the Jaguars went through the gears to create some fluent passing moves of their own. The Hurricanes defence responded well under pressure, including a diving save from new goalkeeper Jack Tookey and some effective tackling from man-of-the-match Dominic Ellis. The Hurricanes were also creating chances through the hard work of Oscar Robinson and Shiva Vadhoolan, whilst Luca Currie’s shot was narrowly wide. The game finished with a break from midfield by Oscar Robinson, who used his strength to hold off the defender and almost ended with a solo goal.