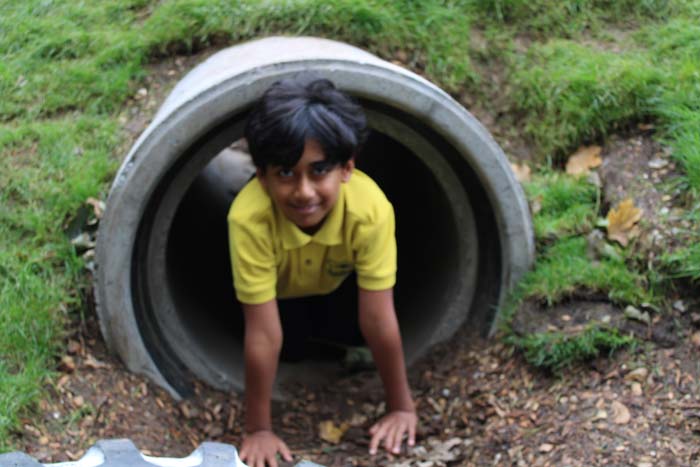 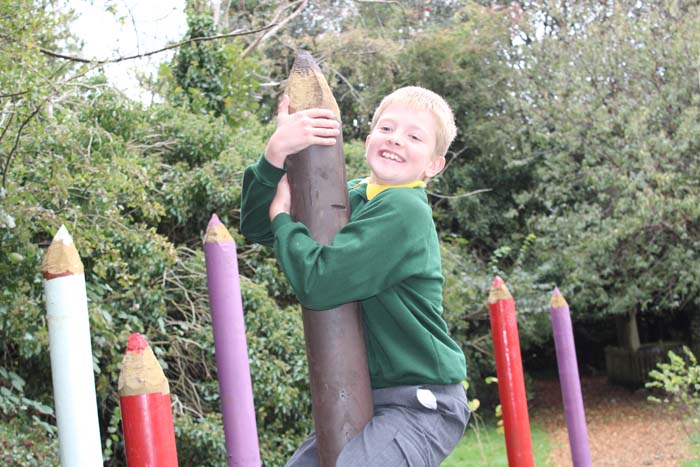 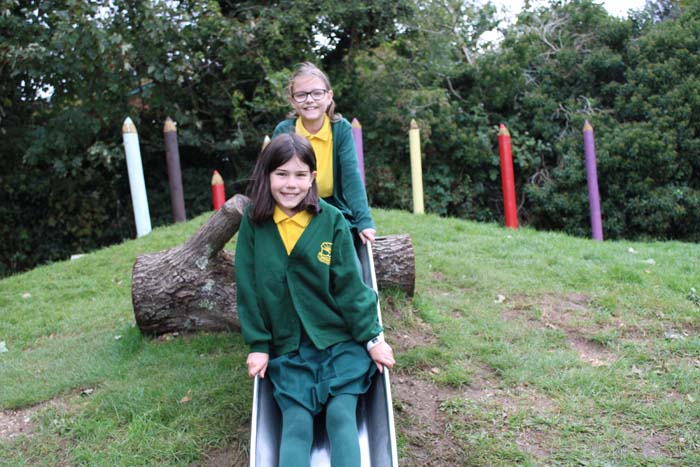 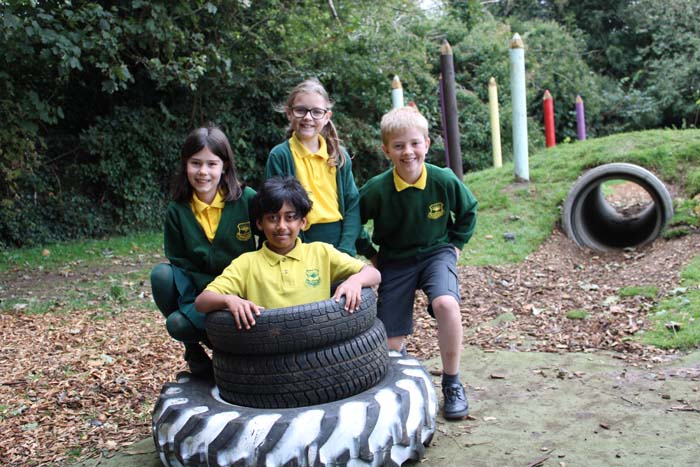 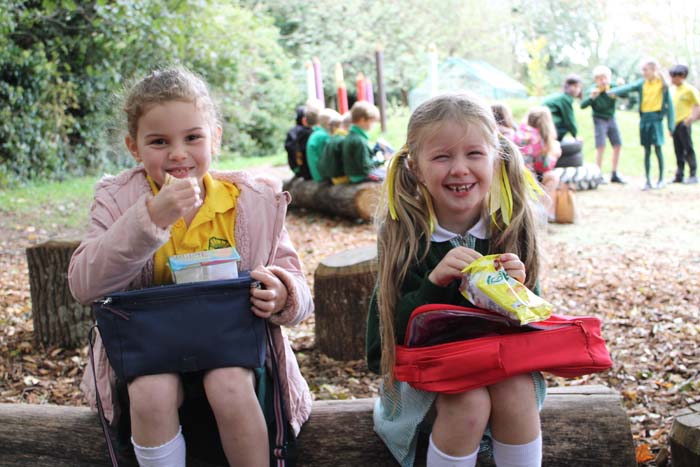 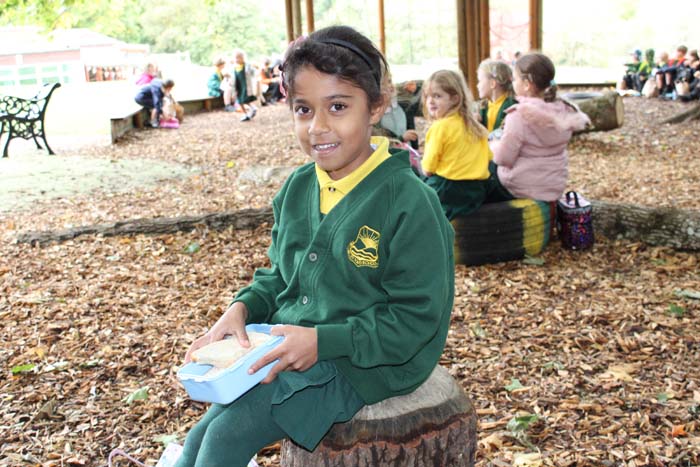 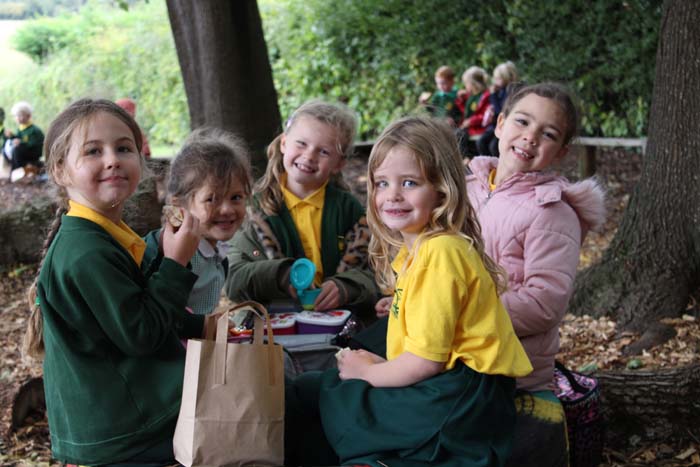 When the pupils at Valley Road School returned to school their eyes lit up to see their old worn out play area on the top field had had a magical makeover.

The new outdoor play area now includes an outdoor classroom with chalkboard and tree stump seats, a mound with a tunnel, tree trunks to balance and climb on plus some of the old equipment has been repurposed including the slide and large pencils.  Old tyres that were previously used as flower planters around the school have also been added to the play area for the children to play with. The area has been extended to include a pathway from the playground with bark chips being put down throughout.   New trees have also been planted (crab apples and willow) along with shrubs, bulbs and wildflower seeds to enhance the area.

Year 5 Teacher, Rachel Herbert said, “We chose Ruskins as the supplier as we wanted a natural feel which is much in-keeping with our school and our lovely grounds.  We were keen to recycle some of the things we had and the area will be used for active playtime but also quiet time, teaching and reading stories.  The new pathway we hope will grow and evolve over time.  The area was funded through a donation from Henley Municipal Charity, the PTA, plus some of our sports premium funding.  The children spend the whole time haring around here and they really come up with more games than even we could have imagined.  Because it is not a formal piece of play equipment they are coming up with so many ways to play with it.  It’s been so successful.”

Benji, Scarlett, Shiva and Rebecca from Year 5 all agreed that the tyres were the most fun. Scarlett said, “Because you can roll them and build with them.  We’ve stacked them up and then they are like a testing chamber to put people in them.  We also try and get a tyre through the tunnel but it always gets stuck!”

Headteacher, Tim Coulson said, “The amazing PTA funded most of the project and thank you to the Henley Municipal Charity for their £2,500.  It’s a great area because it is really creative and the children think up a lot of different games every time they are out there.  It’s going to be wonderful when our parents are going to be able to go back out there at the end of the school day to use it with their kids.  It’s everything we wanted.  It’s had a big impact on the children and the fact that they’ve come back and there’s something new to play with has been excellent.  They’ve been really sensible with it though.  The first day I went out there with them and because the children are in separate areas/zones, the Year 1s rolled the tyre and it went into the Year 2 area and they couldn’t go after it.”