Cadet Colour Serjeant Tom Fielder has excelled in his Cadet Career; not only completing his four-star Army Proficiency Certificate (APC), but also receiving a promotion to Cadet Colour Serjeant. He is currently the most senior cadet in his detachment, leading and teaching his fellow cadets. Tom recently made the news when he undertook his very own ‘Remembrance Marathon’ in August, walking a total of 26 miles to 51 Commonwealth War Graves (and Memorials) around the Henley area, raising over £1,100 for the Royal British Legion.

Outside of the ACF, Tom has been working hard to improve his physical fitness and mental resilience to ready himself for a career in the Armed Forces. He has undertaken a long and challenging interview process to gain a place at the Army Foundation College Harrogate. Once he successfully completes his basic training, Tom then wants to go onto join the Royal Artillery as a Light Gunner.

Although the Army Cadets is not a recruiting organisation for the Armed Forces, the skills, qualifications and experiences the ACF offers gives young adults the ambition, determination and drive to further themselves in any career.

Henley Detachment Commander Adult Under Officer Mel Haynes, “I would like to congratulate Tom on joining the British Army. Over the last four years, it has been a pleasure to watch him grow into a confident, hardworking young individual. I wish him the best of luck in his new career.”

The Army Cadet Force is a national youth organisation sponsored and supported by the Ministry of Defence. For 12-18-year olds, designed to deliver challenging and varied training based on military themes and concepts. Henley parade every Wednesday from 1900 to 2130 at the Drill Hall on Friday Street. We would love for new Cadets and Adult Volunteers to come visit us and experience something new once we re-open for normal training. 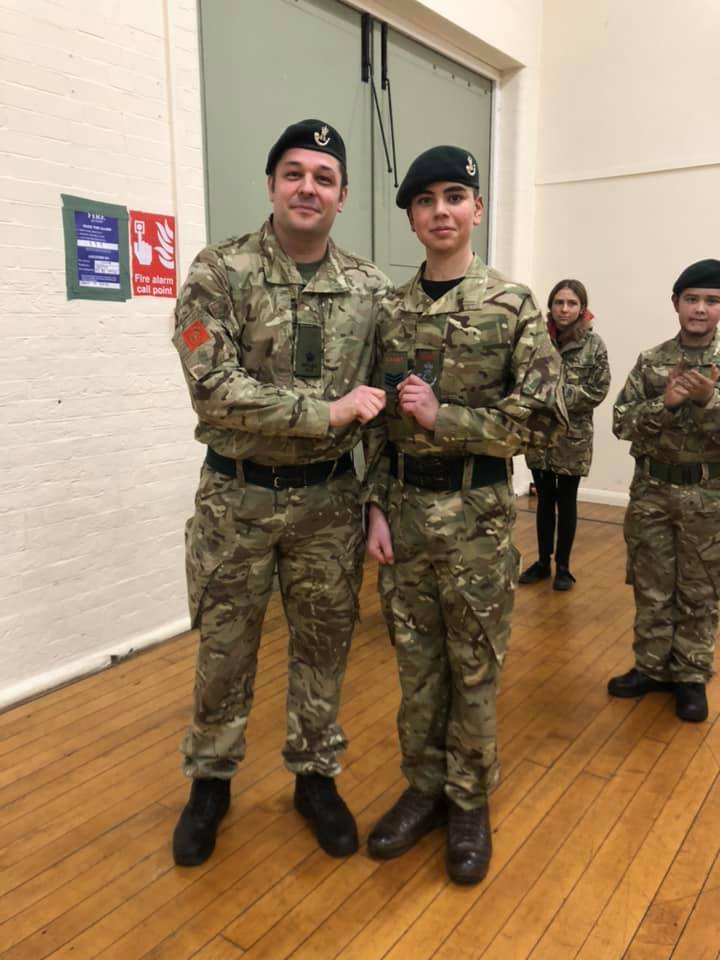 Have Your Say – National Clean Air Day
Scroll to top