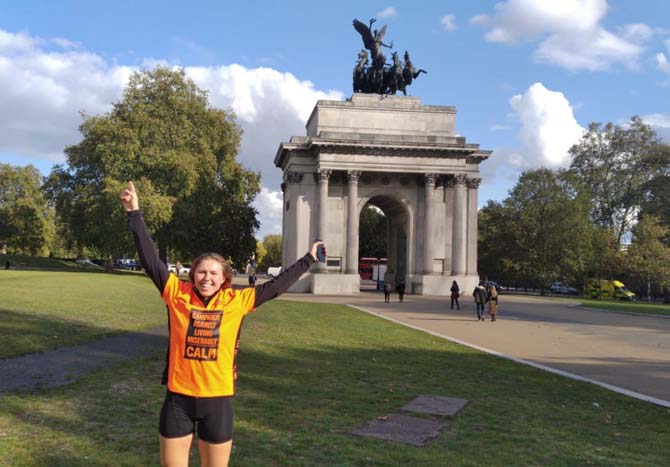 15 Invesco employees from Henley and London have taken part in a Virtual Triathlon, raising money for the Invesco Charity of the Year, CALM (Campaign Against Living Miserably) which is leading a movement against suicide.

The annual adventure challenge took a different format this year due to COVID-19 restrictions, with the participants individually covering the equivalent 75km distance between the Henley-on-Thames office at Perpetual Park to the London office in Portman Square.

Competitors used a variety of methods to reach their goal including paddleboards, kayaks, canoes, rowing machines, and exercise bikes. One competitor completed a swim in the 2012 Olympic pool, and most had to endure cycling, running and walking in torrential rain and wind thanks to Storm Alex. Colleagues Derek Steeden and Rebecca Dobson decided to take the challenge even further and rode 150km and 100km respectively, raising £3,500.

Claire Myers, Charity & Community Support Manager at Invesco said, “The day was incredible from start to finish. Support for each other was ongoing and everyone powered on to achieve their best for such a worthy cause. We are delighted to share the latest total of £12,406 which with a matching contribution from the Invesco Cares Foundation makes a grand total of £24,812 – a new fundraising record for this event.”

World Mental Health day was on Saturday 10 October this year and charities like CALM have proved they are an essential service, particularly in the unforeseen circumstances 2020 has presented. CALM’s helpline and webchat staff are supporting more people than ever, directly preventing 50 suicides a month on average. Invesco is committed to raising awareness for the cause and has so far donated over £120,000 to the mental health charity this year.