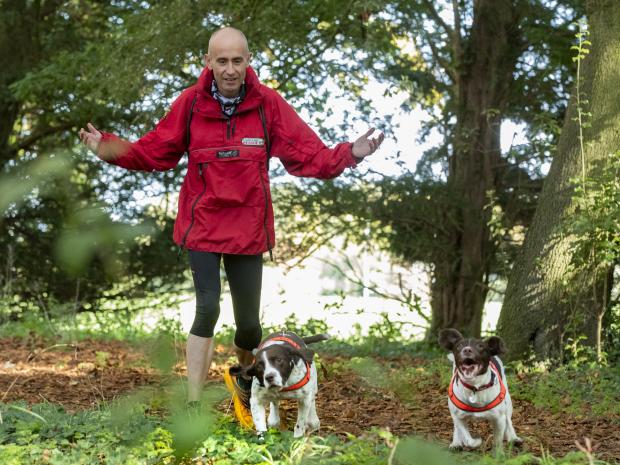 Search and rescue volunteer, Gaz Elliott ran the Oxfordshire Way (100km) on Saturday, starting from Bourton-on-the-Water in Gloucestershire and finishing in Henley raising over £2,000 for the Lowland Rescue Oxfordshire.  Gaz started the heroic run at 3.34am and arrived in Henley 14.5 hours later.

Gaz has been a volunteer for Lowland Rescue Oxfordshire, who assist police in searching for high risk, vulnerable missing people for nine years and now trains the team’s rescue dogs.  Lowland Rescue Oxfordshire volunteers have helped searched for missing people in Henley.  We worked with them closely when we organised a search party for Beryl Flynn in May 2018 who was safely found after missing for 72 hours.  We’ve also chosen the charity to be our partner this year for our Community Champion Awards.

Gaz said, “I did the challenge for a few reasons; firstly I wanted to challenge myself. To see if I could do something extraordinary. I believe that everyone should challenge themselves in some way. It’s not about the physical size of the challenge but what it means to you personally. Whilst mine was 100km, for others the challenge might be taking a single step. Secondly I wanted to raise money and awareness for the team. Covid has hit us (like many charities) hard financially. We can’t continue our vital, lifesaving work without funding.”

The charity receives no central funding and relies solely on donations to allow us to continue our vital work. Gaz hopes to hit his £3,000 target which will just keep the running costs going for the team covering insurance, and radio licenses.

Many people know about mountain rescue for going to help walkers and hikers however many people have never heard of Lowland Rescue.  Gaz explains, “Like a lot of people I had never heard of Lowland Rescue.  The majority of our work is getting called out for people who have Alzheimer’s, dementia, or are from care homes. We get a lot of call out for despondent and suicidal people. Anybody the police deem high risk, sometimes children, sometimes people with mental health issues, we get called to help. Last year we had 80 call-outs, and with each year we are getting more and more. Particularly in the current conditions, people’s mental health is deteriorating.”

Having spent 23 years in the RAF and been a runner for all his life Gaz was quite well prepared for the big challenge.  He commented, “I’ve ran several half and full marathons but nothing longer. Training in earnest for the event started 6 months ago. Gradually increasing the mileage and ensuring I ate right. Nutrition is vital on an endurance event like this. The longest I ran in training was about 30 miles (50km). Living next to the Chiltern Hills meant I had plenty of practice running up inclines!”

What was the biggest challenge?  Gaz replied, “Probably the hardest part was the last 8 miles to the finish. I tore an ankle ligament just 8km from the start. Luckily our team doctor examined it and strapped it up so I was able to continue. But towards the end I think my body knew I was approaching the finish and it started giving up. It’s amazing what we can do when we have people relying on us and willing us on. That’s what got me through I guess.”

To help Gaz hit his target, please donate at https://uk.virginmoneygiving.com/fundraiser 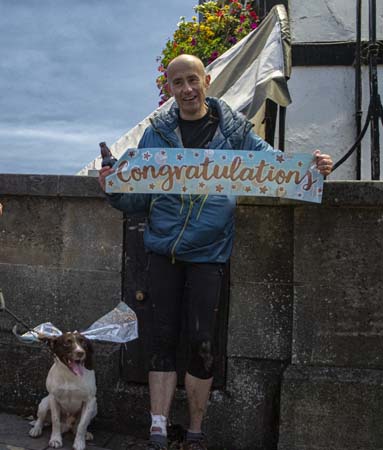