Schools in Henley enjoyed spook-tacular activities on Friday to celebrate Halloween this year.  At Badgemore and Valley Road Schools, pupils were invited to carve and decorate pumpkins with some unboo-lievable results including a baby in a pram, eyeballs, cats, a Minion, a unicorn and even headteacher Mr Coulson!

At Badgemore School the children were treated to a wicked story telling by actress and parent Selena Brathwaite who has starred in the BBC series Doctors.  Selena read the story The House at the End of the Street in the school’s big outside chair which had been dressed up specially for Halloween by the Friends of Badgemore School (FOBS) parents and included an amazing witch’s cauldron which was made by pupil Max Jamieson with the fire element made from expanding foam.

The children were also invited to send photos of them dressed up in Halloween costumes for a competition with prizes donated by FOBS. 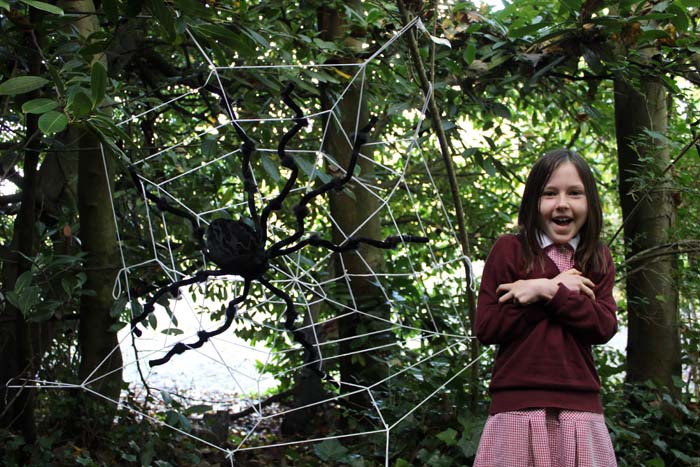 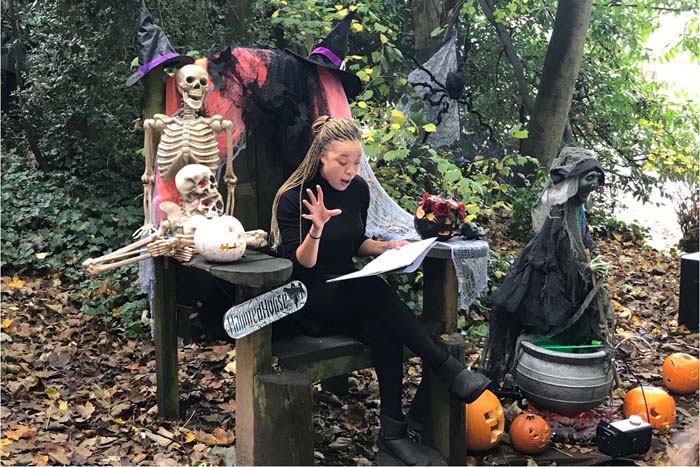 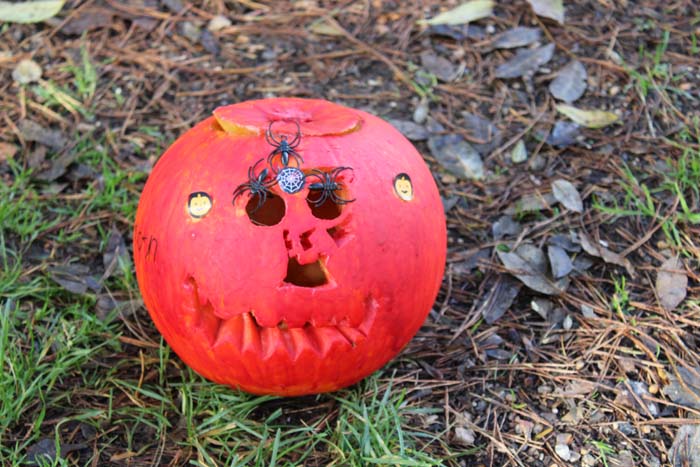 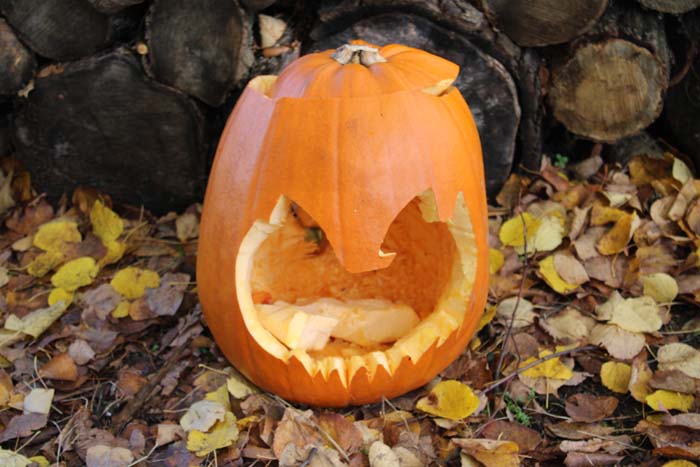 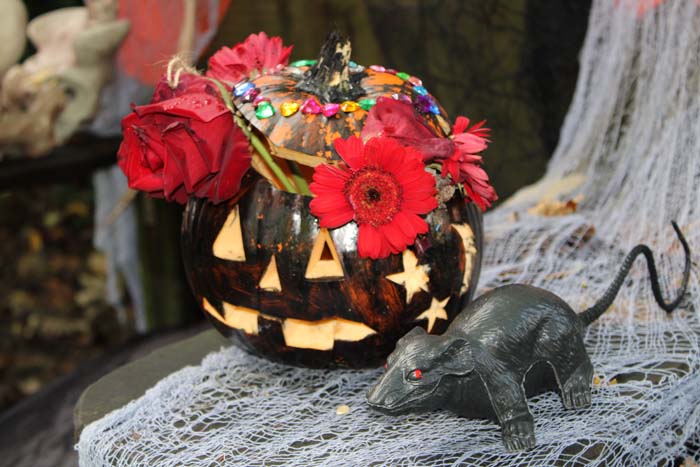 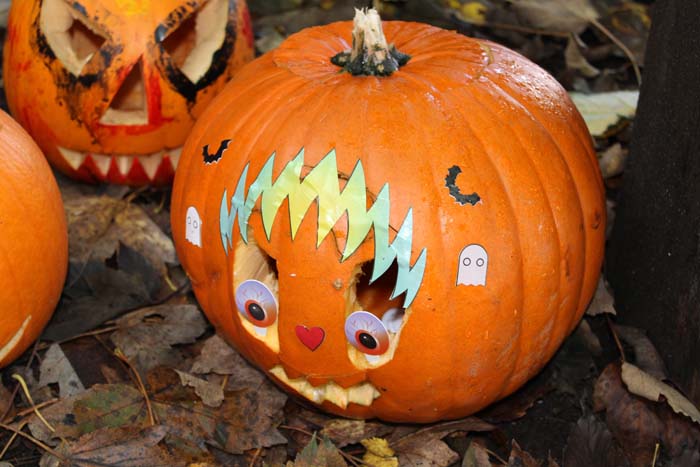 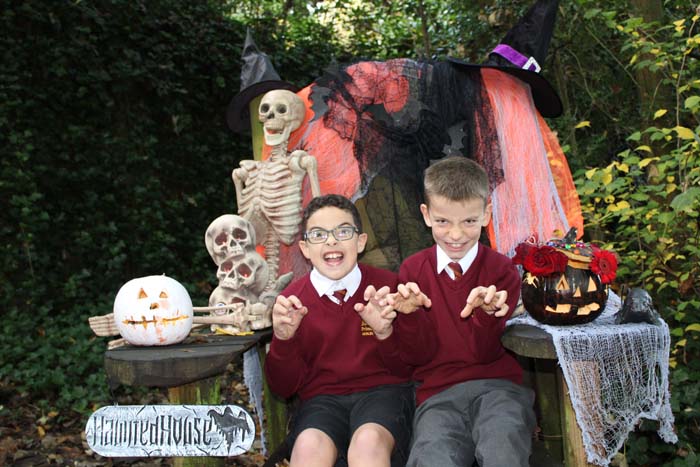 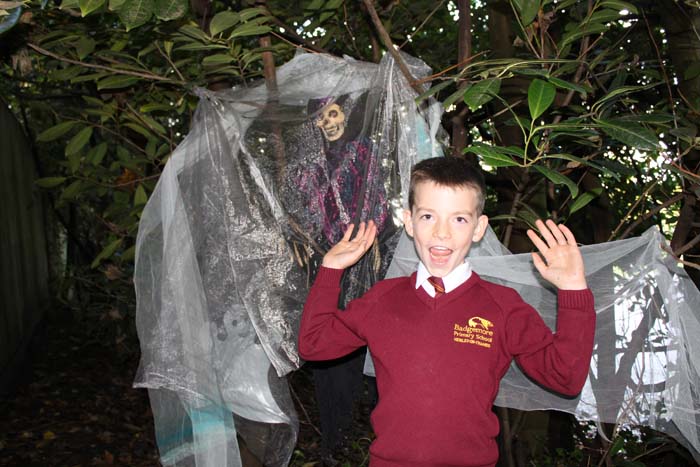 Headteacher, Tim Hoskins said, “Covid affects everything and we’ve had to work hard to keep our school a fun place for our pupils this term. We are really fortunate to have such fantastic parent to help organise this brilliant Covid-safe Halloween treat. All the children have loved it – it has been good way to end the term.”

“It was incredible watching a professional story-teller perform to a wide range of children. Selina Brathwaite, one of our parents, told the same story to each class, but her delivery was so different. I was genuinely scared when she shared the story with our eldest children and yet amazed how she could transform the story so much for our reception class. It was a privilege to have Selina in – it felt we were watching a live Jackanory.” 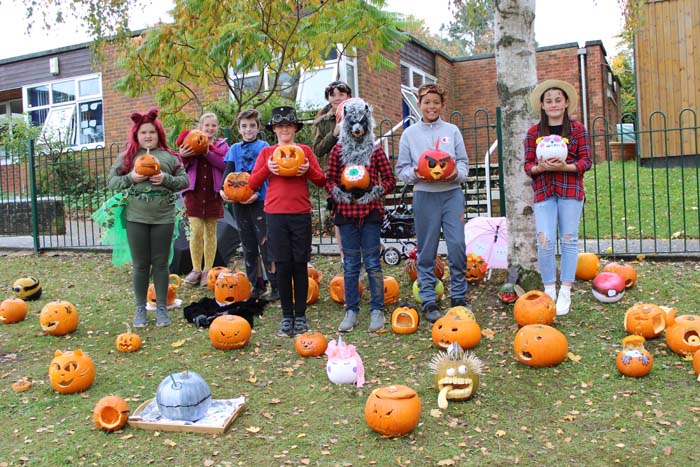 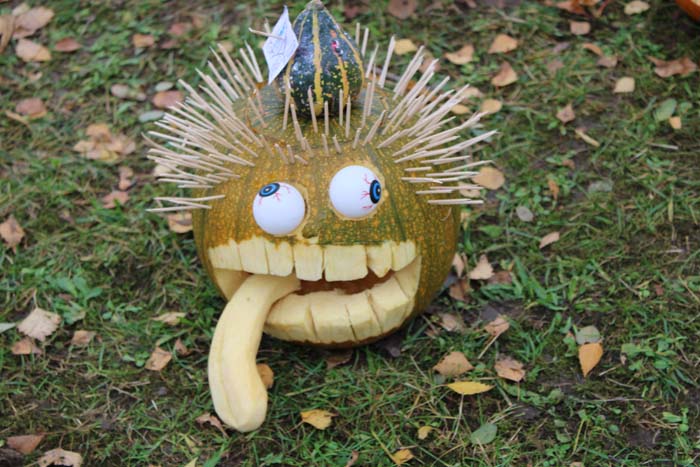 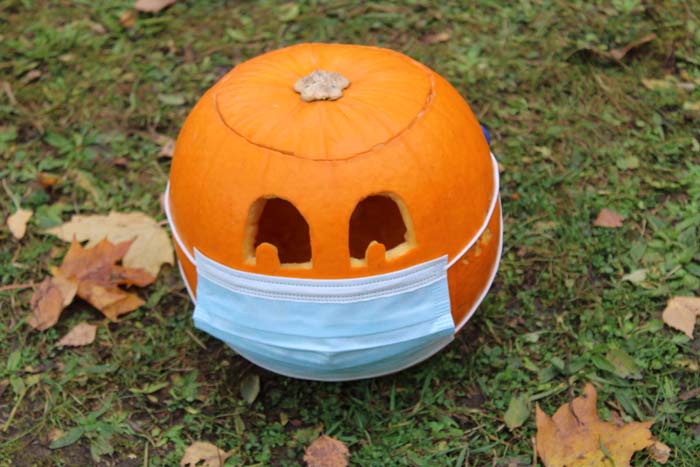 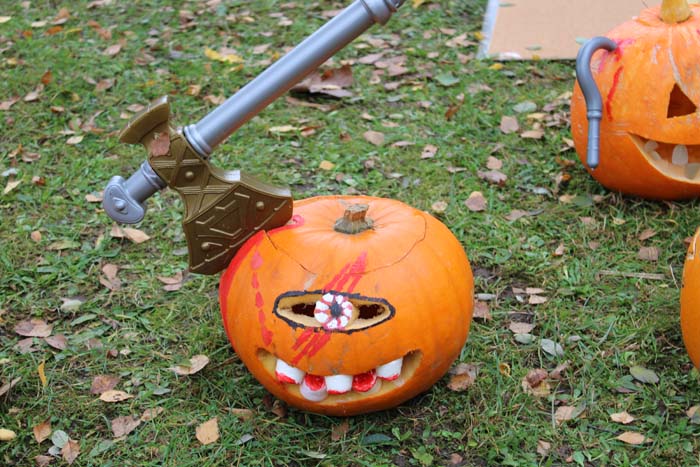 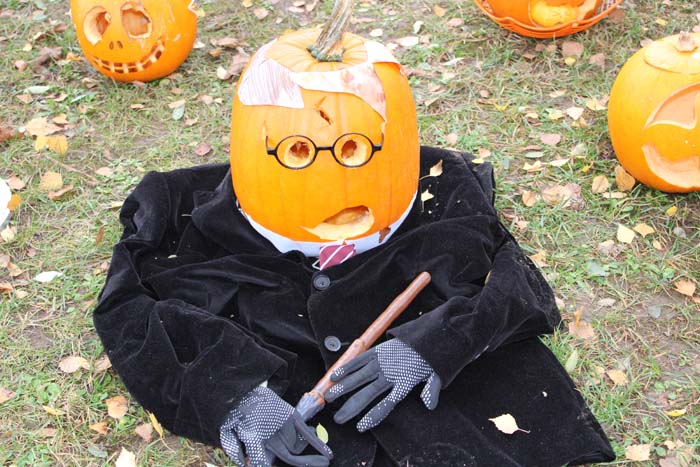 Celebrating Halloween has been a very long tradition at Valley Road School, with the pumpkin carving playing a big part in the celebration along with the popular Halloween parties organised by the PTA but sadly these weren’t able to go ahead this year.

Every child who carved a pumpkin was given a house point.  Lia who made a Day of Dead pumpkin said, “I got my inspiration from my Mum as she’s going to dress up as Day of the Dead for Halloween.   I started by painting it white  and then put some very bright paint for the eyes and dotted them.  I used a sharpie for the nose and mouth and decorated it with some glitter glue.  I took off flowers from a headband and stuck them on.”  Theo made an Angry Bird pumpkin.  He added, “I started by getting the mushy stuff out of the inside.  First I was going to do a pumpkin with a lolly sticking out of his mouth but we didn’t think that was the best idea so I came up with the Angry Bird idea.  The paint took ages to dry so I didn’t have time to do another coat and the feathers are made from straws.”  Rupert made an eyeball out of his pumpkin.  He explained, “We chiselled round the front, and painted round it and hair dried to get the paint dry and then we didn’t want to smudge the paint with black paint so we made a hole for iris.”

Year 6 teacher, Caroline Lock said, “Every year the children are incredibly inventive and come up with new and scarier ways to dress up their pumpkins.  It’s been a really good opportunity for the community of the school to come together and do something that we would normally and shows that life in school is carrying on as normal.”

Nicola Gordon, Co Chair of Valley Road School PTA said, “With the school we decided to organise an Autumn celebration, celebrating everything about this time of year and also a lovely way to end to our first half term back at school since lockdown. The children were invited to come to school dressed in autumnal colours or Halloween style costumes. Our annual pumpkin competition still took place and children were thrilled to take part. The PTA organised for cupcakes to be delivered from Lawlors The Bakers- again encompassing the autumnal theme. The children also had some glowsticks as part of the celebration.”