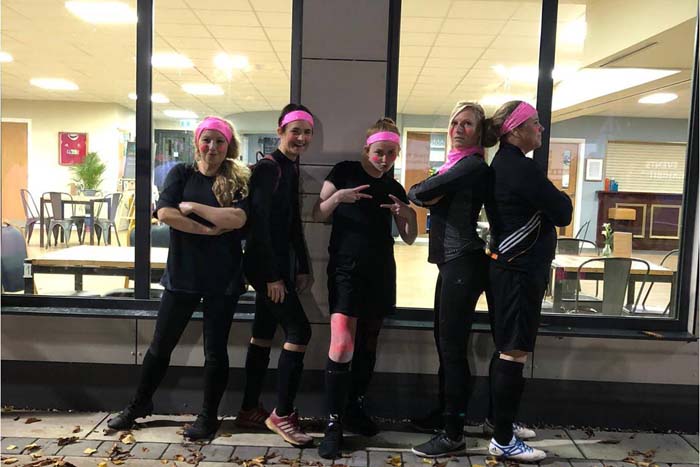 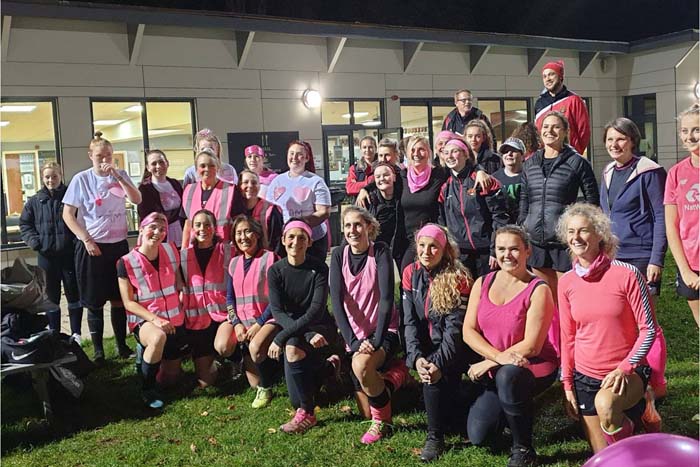 Henley Ladies football team got together to raise awareness and money for breast cancer awareness month on Friday at the Henley Rugby Club.

Louise Colam the First Ladies team captain organised the event as a way for the ladies to socialise safely and raise funds for a charity close to her heart.

Teams were assigned ahead of time with some newcomers to the game joining too. Each team created their own kit with the theme “wear it pink”, the charities official campaign this year. Spectators enjoyed several ten minute matches between teams Mammories, Melons, Boobies, Baps, Breast Ham and the Jigglies ending in the league winners Mammories (Hannah Palmer, Natalie Rump, Bex Daley, Maria Portero and Zaya Carter) taking home first place certificates and a prize of brunch from one of the teams official sponsors Drifters.

The event was a great success with the help of AFC first team manager Bryn Shaffner who helped to organise the tournament and two other coaches who came along to referee. Generous raffle donations came from Tony Robinson at the Henley Practice, Henley Sports, Gorvett and Stone, Fenella Smith and Boots which made over £150 for the charity. Further community support came from the Rugby club giving the facilities for free and Menza for opening until 10pm to allow spectators and teams to enjoy a drink together and make the evening sociable and enjoyable for all.

Alistair Beynon from Henley Rugby Club said, “We were more than happy to help support this great initiative and so pleased that it went successfully. I’m sure it will be the start of something big moving forwards!”

Louise said, “With team entries, raffle money and donations on the night we managed to raise £350 for cancer research and had a lot of fun doing it. Lots of people played a part in making the evening a success which I’m really grateful for. Lots of the ladies helped out with set-up, collecting prizes and the smooth running of the evening, we’re like a very big, all female family and though we had to be distanced it was still nice to be able to see one another outside of training and matches.”

“I hope that we made enough noise about breasts that everyone there went home and checked their breasts! It’s such an important message and playing with lots of young women, one that needs to be talked about often.”