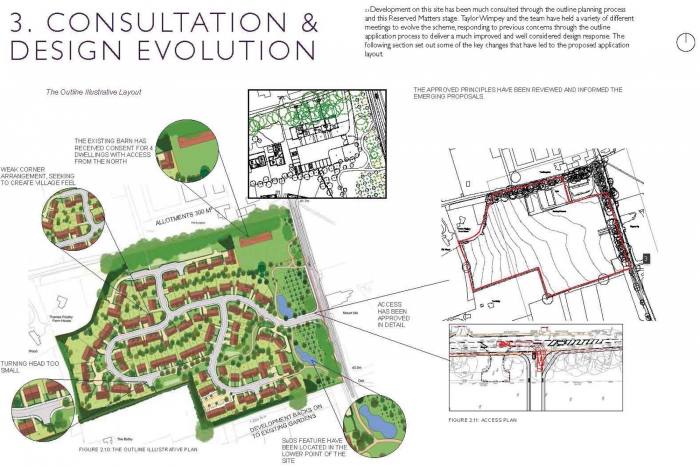 The Regency Place development that Taylor Wimpey are building 95 homes on the old Thames Farm site has come to a standstill due to a problem with surface water drainage.

Taylor Wimpey originally planned to drain the surface water through soakaways but on investigation they discovered the chalk bedrock was prone to developing sink holes and this wasn’t feasible.  They have now submitted a planning application to South Oxfordshire District Council to install a new pipe system with a pumping station on the site and pipes running along Reading Road to Station Road, down Station Road to Mill Road, along Mill Road to junction with Mill Lane where it will discharged into the Lashbrook.

Lashbrook which lies within a Zone 3b flood risk area, is a highly silted natural water course, which acts as a drain for the adjacent agricultural land but has limited flow and connectivity to the adjacent River Thames. Shiplake Parish Council has objected to the new drainage scheme, stating, “It frequently overtops its banks, even during periods of low rainfall, rendering the adjacent land water-logged and flooded as it serves as an integral component of the functional flood plain. Our concern is that the addition of further inflows into this watercourse will only seek to increase the frequency and impact of such flooding events. It should be noted that this area of Shiplake was severely affected by surface water flooding in 2014 (as referenced in SODC’s Strategic Flood Risk Assessment – 2019) and contains many vulnerable citizens such as those residing in Lashbrook House residential care home that specialises in the care of elderly patients.”

When planning permission was granted for the site in August 2017 (prior to the discovery of poor ground conditions), the drainage solution proposed assumed that all surface water arising from the development would be contained and managed within the site boundary through SuDs solutions (sustainable drainage). As such, and given the location of the site within a Zone 1 flood risk area, there were little or no concerns from stakeholders and statutory consultees in respect of the wider impacts of the site on surface water flooding within the catchment.

Councillor Maroudas, Chairman of  Shiplake Parish Council  added in this response, “It should be noted that the Environment Agency in their response to the application [WA/2020/128248/01-L01] on 9th September 2020 clearly stated that they had only considered the application in terms of the quality of the groundwater to be discharged and not the quantity (volume) of water to be discharged to Lashbrook.”

South Oxfordshire District Council have extended the decision on the drainage proposal and have requested a full flood risk assessment.