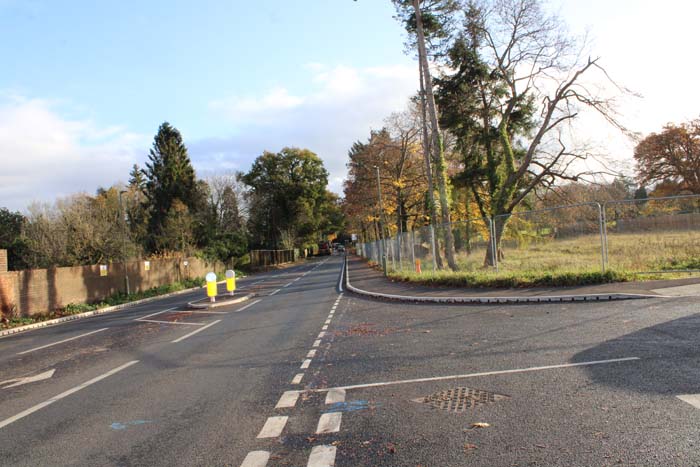 Westbourne Homes have submitted an amended planning application for 20 homes for the site known as The Crossways next to the Thames Farm site on the A4155 Reading Road.  They plan to use the same drainage system that has been proposed by Thames Farm which would see surface water on the site be piped into the Lashbrook in Shiplake.

South Oxfordshire District Council have extended the decision on the Thames Farm drainage proposal and have requested a full flood risk assessment.

The Crossways site was not in the Joint Henley & Harpsden Neighbourhood Plan and a few weeks ago Westbourne Homes made a presentation to the Neighbourhood Plan committee for the site to be included in the updated plan even though they had submitted their first planning application in July of this year.

Henley Town Council Planning Committee unanimously recommended refusal in July. Planning Officer, Jodie Rhymes commented, “The application site lies on the edge of the settlement of Shiplake, it is not a site allocated for development in a Development Plan, including a Neighbourhood Plan and should not be considered an infill site within a built up limits of the settlement. The proposal would have a detrimental impact on the character of the area and would not respect the settlement pattern of the surrounding area. The proposal would result in cramped and dense development highly visible in the street scene.  The development would extend into and encroach into the countryside and the suburban nature of the application would be damaging to landscape. This is an important green space between Thames Farm and Shiplake and development in this location would lead to coalescence of settlements. There are concerns over the proposed access point so close to the fast bend along Reading Road and the Committee notes the objections from the OCC Highways Officer. The proposed development would result in more vehicles movement along this stretch of road which is already constrained.

At the 3 November Planning Meeting Henley Town Council recommend refusal again on all of the grounds raised previously with the addition of concerns over sinkholes on this site and the proposed drainage being discharged through natural brooks and ending up in the Thames.

Beal Consulting Engineers acting on behalf of Westbourne Homes wrote a report stating, “Given the proximity and similarities between the Crossways application site and that of the neighbouring Thames Farm, we foresee no technical reasons should the need arise, why ultimately the surface water flows from both sites cannot be discharged via this system, and that this matter can be dealt satisfactorily via a planning condition attached to any future planning approval.”

The response from the Environment Agency dated 9 November has objected to the drainage proposal.  Stating, “The site is located within a Source Protection Zone 1 where we carefully monitor development proposals of all types. We designate Source Protection Zone 1 to identify the catchment areas of sources of potable water (that is high quality water supplies usable for human consumption) and show where they may be at particular risk from polluting activities on or below the land surface. In this instance the proposed development could threaten potable water supplies because the site is only 300 metres from a public water supply known to be at risk from surface water pollution being designated as a safeguard zone. This development proposes borehole soakaways which are not a SUDS solution nor recommended by our
guidance position.”