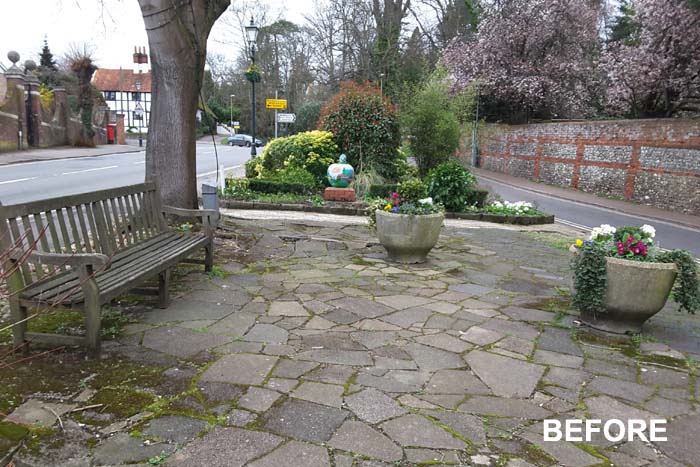 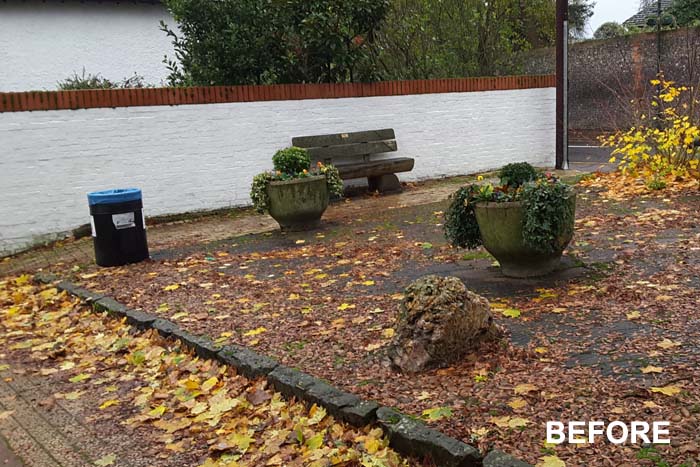 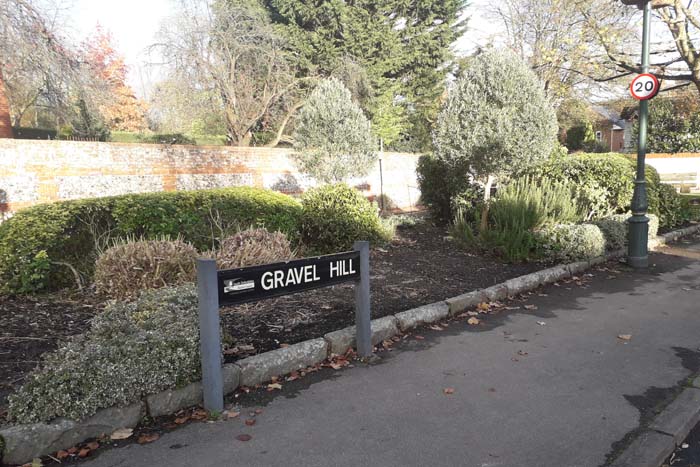 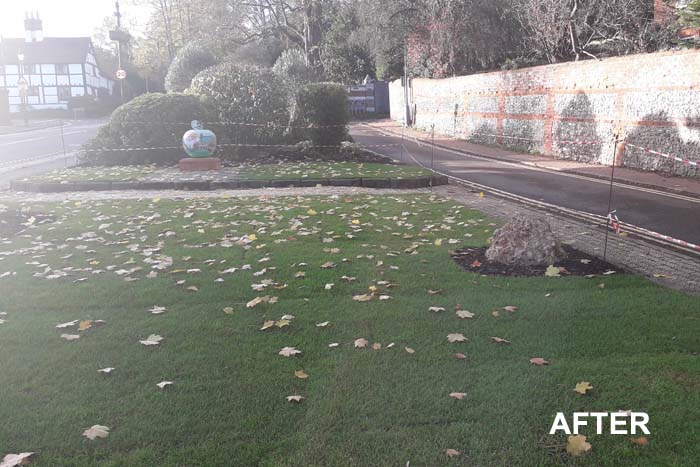 The paved area on Gravel Hill and West Street has been given a makeover by Henley Town Council’s Park Services team.

The cracked and lifted paving stones were taken up by hand to protect the roots around the mature tree and replaced with new grass turf and the flower beds have had the tired plants removed and others cut back.  The area will be planted with new plants that will give year-round colour.

The old paving stones have been used to create a new bin base, a base for the bench and feature path to the apple sculpture.

The Henley Society contributed to the area back in the 1970s and below one of the trees was a commemorative plaque to mark this donation.  The plaque (photo below) which has been taken away for renovation read “These trees were planted by The Henley Society in memory of Raymond Youle OBE 1913-1969,”

The area also as a rare pudding stone (a stone consisting of very rounded flint pebbles, with sand filling the gaps and held together with a quartz cement) which were formed in the Ice Age (65-95 million years ago).  They were formed in a hot semi-arid environment within which the sands and pebbly sediments had been deposited by temporary and intermittent rivers.  The first record of the name ‘puddingstone’ appears in 1752 by J. Armstrong (OED) and came into more common usage for the English rounded pebble conglomerate during the Victorian era as a result of its resemblance to the traditional plum pudding served up at Christmas time.

The colourful apple sculpture was donated by the people of Leichlingen in Germany in 2012 to celebrate the twinning of our two towns is another feature of this lovely area. Leichlingen is a centre for apple & berry growing.

Chair of The Henley Society, Geoff Luckett said, “We noted that the area has recently looked less than cared for and the Town Centre Manager was approached for her comments. Our plaque is very much the worse for wear and we are seeking to clean this too. In carrying out the work the Council have been asked to be aware of the possibly valuable ‘pudding stone’ set in the pavings. The pudding stone will be preserved as a part of the new facelift of the area.”

Kyle Dowling, Horticultural Parks Warden said, “The new planting scheme which we hope to complete in the next month will be sensory based and we’ll create a natural walkway through the flower bed.  The shrubs will also be low maintenance, good pollinators, and have pollution tackling properties.  When the area is finished we hope it will give residents, visitors and college students a nice area to stop off  and enjoy particular if they are walking back up the hill from town.  We had some really good feedback when we were doing the work from people passing who said it was looking really nice and much more inviting.” 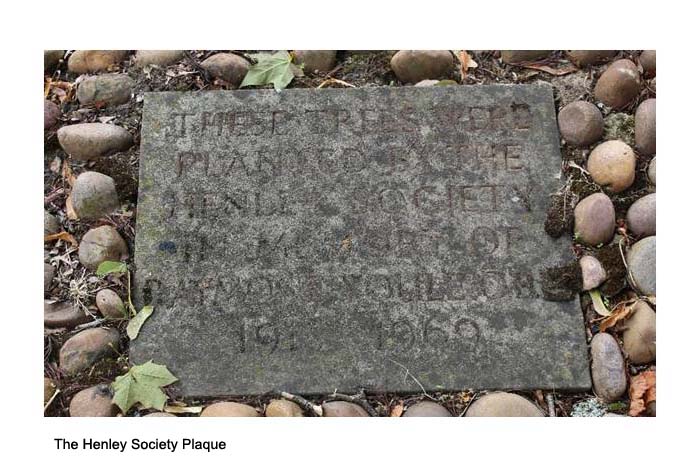 CCTV Released Following an Incident of Fraud
Scroll to top