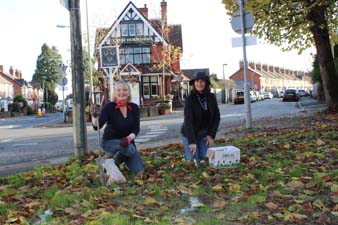 The grass verge opposite the Three Horseshoes pub on the Reading Road has been re-sown and new spring bulbs planted after Zzoomm had their plant equipment on it for a number of weeks during the build of their full-fibre broadband network.

It came to the attention of Catherine Notaras, a member of The Henley Society who was concerned that the area hadn’t been left in a very good state and was worried that because of the removal of the grass, that the bulbs that had been planted there and gave an abundance of colour in the Spring had been removed and/or damaged.

The area has a bench seat and is used by shoppers walking back from the town centre to rest and it is also a popular spot for dog walkers too.

After the Society contacted Henley Town Council and Oxfordshire County Council to ask if they could replace the bulbs.  County Councillor, Stefan Gawrysiak contacted Zzoomm who then re-sowed the grass and kindly offered to donate 500 crocus and daffodil bulbs which Catherine and other Henley Society members have planted this 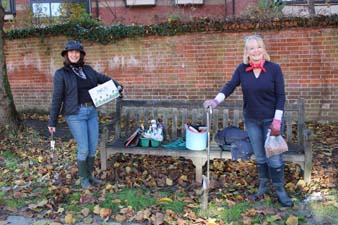 Catherine said, “Zzoomm said they would like to support the idea and purchased the bulbs.  They are early pollinators and it will be good to see the area back to its former glory.  Henley Society member, Barbara Snell added, “Being a very green person, when I got the call, I said I would love to help plant.  It is so important for the environment and people’s mental health and wellbeing.”

The Society Chairman, Geoff Luckett, said ‘This is a fine gesture by Zzoomm, who readily agreed to reinstate the area. We are grateful to the company whose work in the town has been clean and efficient. They leave Henley with an enhanced reputation’

Josh Greedy from Zzoomm said, “We are nearing the end of the build in Henley-on-Thames and part of our network mission to leave the areas of our build in a better condition than when we first encountered them. Building a full fibre network is a messy business and we know it has disrupted areas of Henley and we want to make sure these green spaces are a beautiful feature of Henley for years to come. Donating these bulbs, restoring roads and pathways, planting grass seed is just some of the measures we take to support the people of Henley and finish our broadband network.” 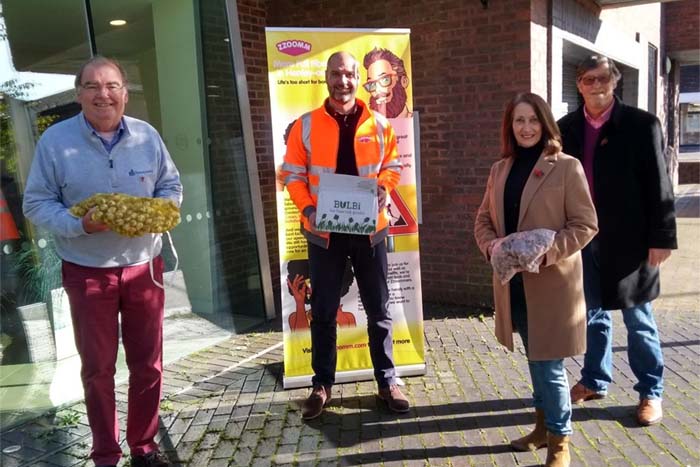