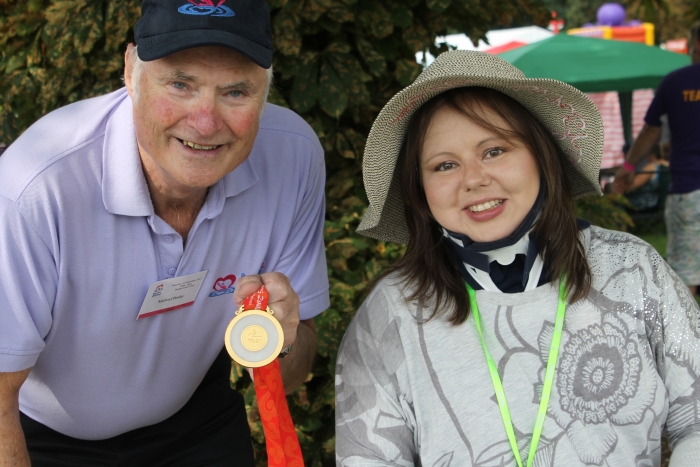 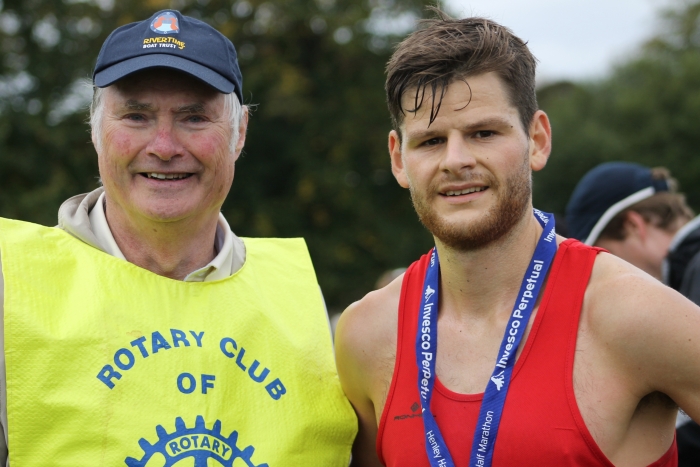 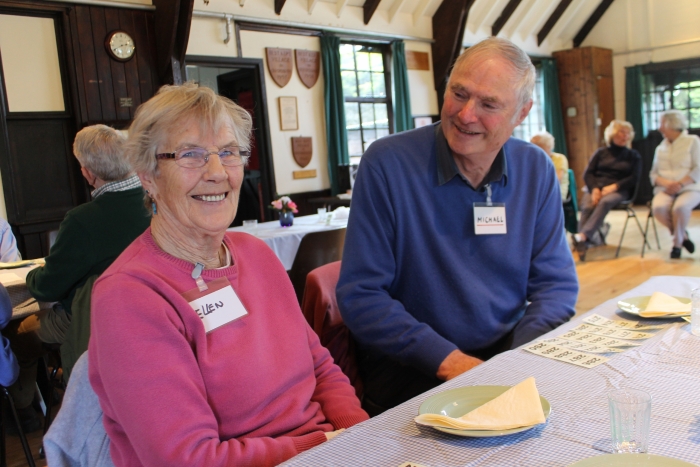 Mike was a long-standing member of Rotary Club of Henley Bridge, twice president (1998-99 and 2013-14), former chairman of the Regatta for Disabled (2016-19) and Chair of the Henley Visually Disabled Group since 2009. He was also a huge support to our Editor Michaela Clarke, when she founded the Herald in 2013.

Mike was born in Mill Hill, Barnet in 1936. He spent his first two years of National Service in the RAF, during which he studied accountancy. After leaving the RAF he went to help his Uncle in his film business in London which made advertising films for TV and cinema. He also worked on Le Mans and F1.

He met his wife Jackie in 1959 at a 1920s Harvey Nichols party where Jackie worked. Jackie said, “I asked my Dad if we could come home one day early from holiday so that I could go to the party”. They were married in February 1961 and lived in Eastcote, Middlesex. After getting married Mike started working for the family business which sold office furniture and equipment. In the 1970s he started his own office furniture and equipment business called Michael Pooley Contracts. They had two children Lawrence in 1963 and Emma in 1966.

They moved to Broadplat in 1994 and Mike carried on his charity work.

Jackie said, “Mike truly was the most loving and caring husband and father. There was a lot of laughter and he always said we made a great team.”

Mike was deservedly awarded the Henley Town Medal for all his volunteer work in 2011. Former mayor of Henley, Councillor Stefan Gawrysiak said at this week’s Full Council meeting, “Mike was an extraordinary person. He was a wonderful human being and a shining example of humanity.”

Current President of the Rotary Club of Henley Bridge Annie Lathaen said, “Mike was a very kind, funny and generous man. He was a committed Rotarian, helping to fundraise in a variety of ways; the Henley Half Marathon and 10k, fashion shows, dinners and shaking a can. He was President twice and was awarded the Paul Harris Medal – the highest honour that can be awarded to a Rotarian on two occasions. He was involved in many local charities including Regatta for the Disabled, Rivertime and The Henley Visually Impaired Group. He will be sadly missed and impossible to replace”.

Chair of the Regatta for Disabled Lucy Bowley said, “Mike Pooley was a committee member of Regatta for the Disabled from the very first meeting. He was passionate about making a difference to people’s lives and very much stood up for the ethos of the charity. Mike was Chair of the charity for 3 years and was a very active fund raiser – highlight was being an ambassador for funding an adaptive rowing boat which we went into partnership with Rotary Club of Henley Bridge. A personal memory is how lovely Mike was to my disabled daughter Emma – several years when setting up the regatta in the paddock at Phyllis Court Mike and Emma would work together – he always described her as ‘my friend’. When I told Emma that Mike had died she commented by saying “I’m very sad about that, he was my friend! A true gentleman Mike leaves a hole in our charity and we will honour him at our next event. Our love to his family and friends.”

Mike was diagnosed with lymphoma about six years ago but this had little impact on his life until this year. Mike passed away last Monday (9 November) and will be sadly missed by his family and friends. If you would like to make a donation in memory of Mike please go to bloodcancer.org.uk