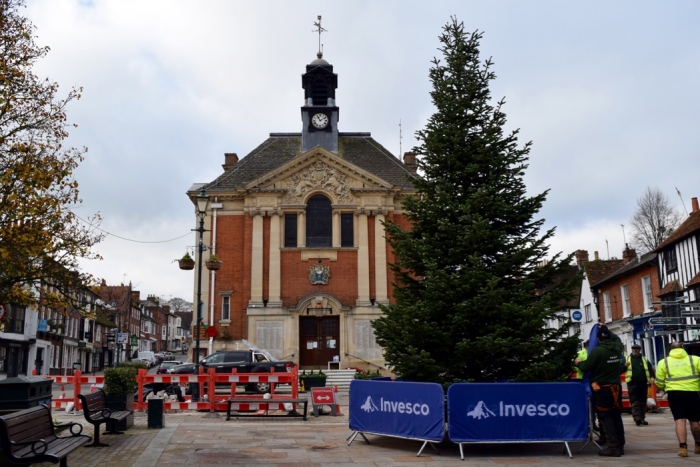 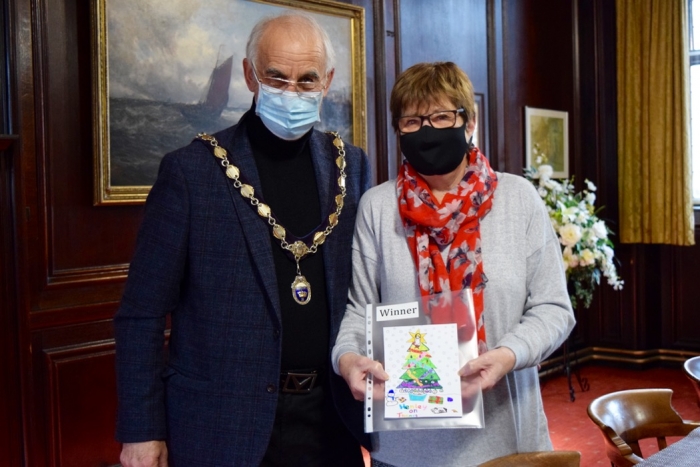 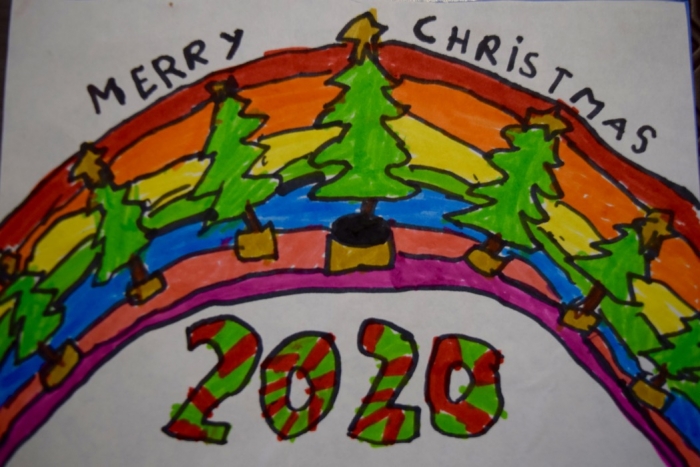 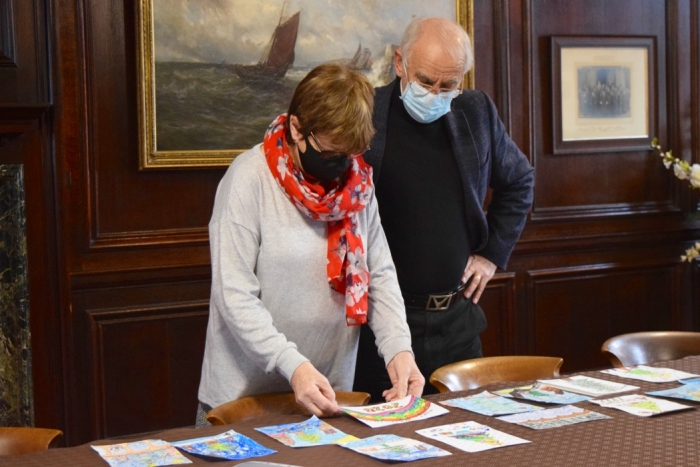 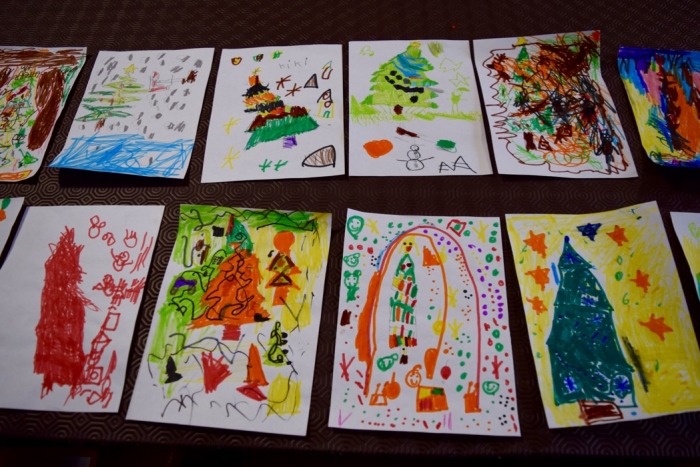 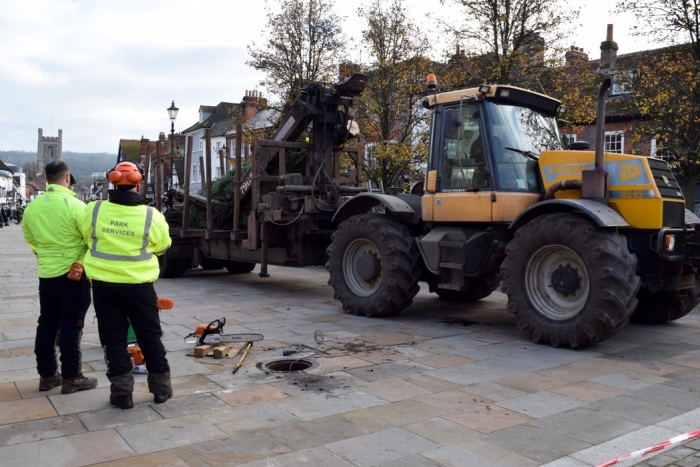 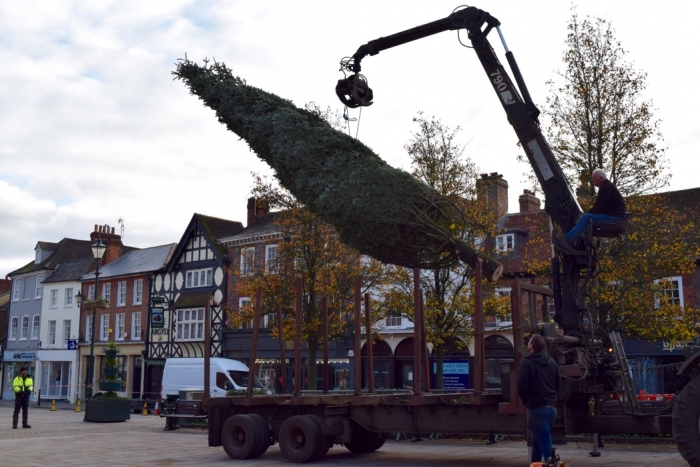 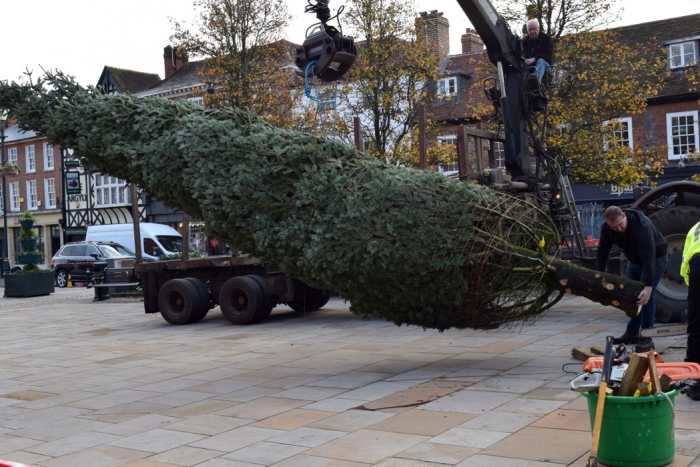 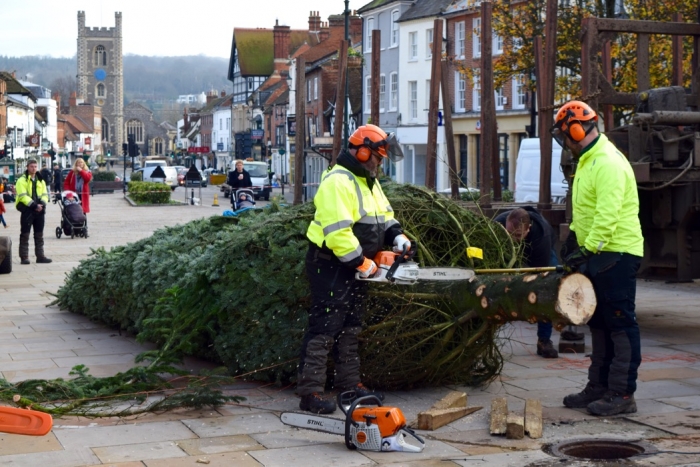 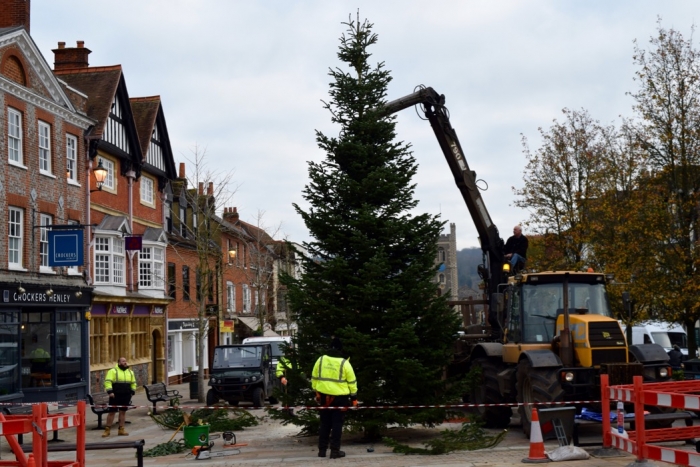 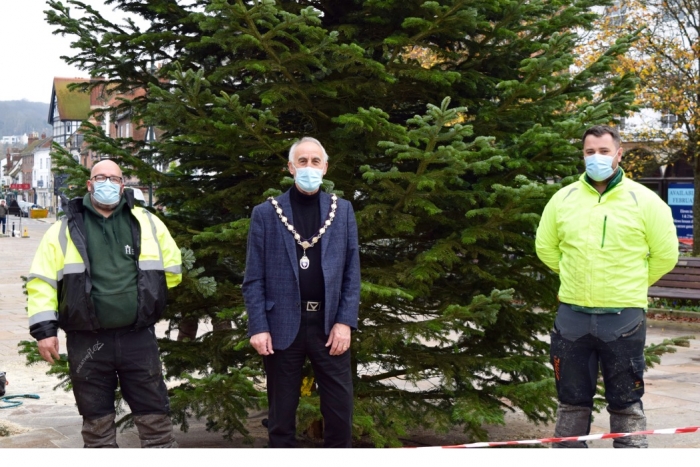 Henley took a stride into Christmas this with the arrival of the Market Place Christmas tree and the announcement of the Mayor’s Christmas Card Competition winner.

As the 35 foot Nordmann Fir Christmas tree was installed by the Town Council’s Park Services team, the Henley Mayor and Mayoress, Ken and Dorothy Arlett, picked their favourite Christmas card design from an impressive selection of 200 entries.

The theme of this year’s competition was ‘Henley-on-Thames Magical Christmas Tree 2020’. The charming array of entries included images of presents, reindeers, and snowmen amongst the many pointy-edged, triangular trees. A number of children depicted famous Henley landmarks, such as the Henley bridge, in their designs, whilst others drew aliens and mermaids for a more unconventional interpretation of the brief. 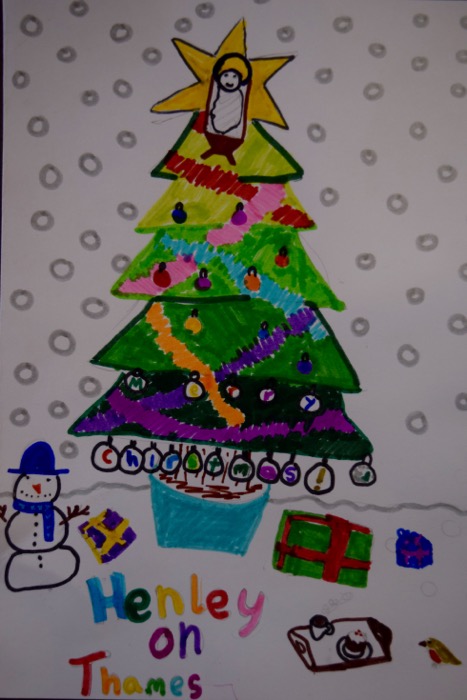 In the end, it was 10 year old Anna Brandis from Sacred Heart who stole the show and scooped first place. Anna’s Christmas card design featured a brightly coloured Christmas tree centrepiece amidst falling snow, a snowman, gifts, a robin, and a tray of tea and cake (presumably left out as a treat for Santa Claus). Anna’s picture will be printed as the Mayor’s official Christmas card.

Henley Mayor, Councillor Ken Arlett, said that it was a challenging task to choose a winner. “It was really difficult to pick it out,” he said. “We counted them the other day and about 200 kids entered which is absolutely brilliant and we obviously thank them all for taking time, and thank the teachers.”

On how he and the Mayoress came to a decision, Ken said, “In the end we went for the Christmas tree because we thought it was magical, and we think that could be baby Jesus on the top.”

Though the festive season may look decidedly less lively this year, the Town Council have been working hard to make sure that Henley still looks as merry and bright as it does any other Christmas. With the arrival of the Christmas tree in Market Place, sponsored by Invesco and purchased from the Tree Barn, the town is already skipping into the Christmas spirit. 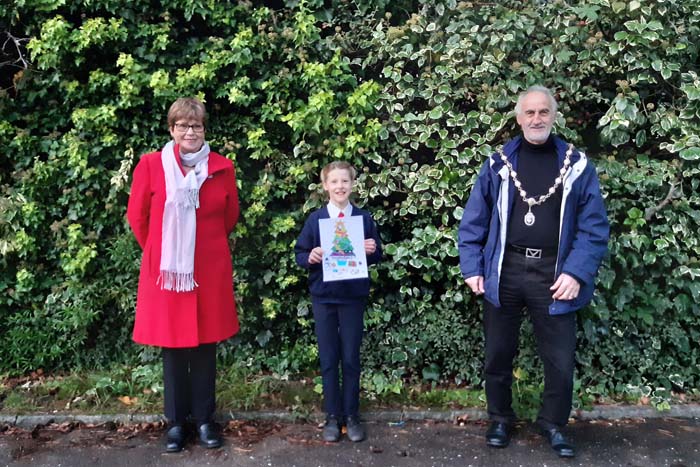 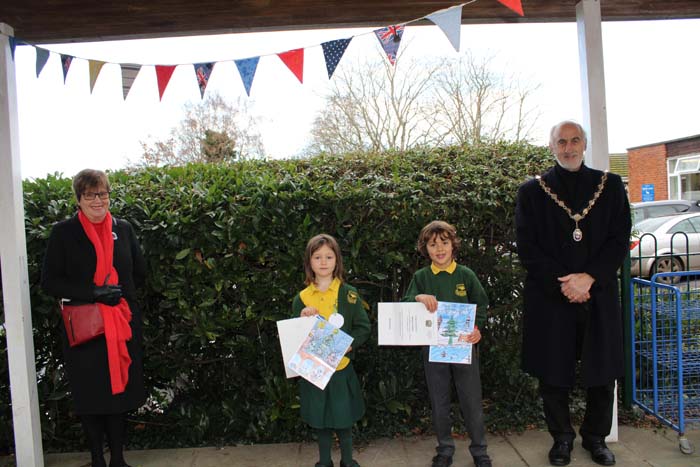