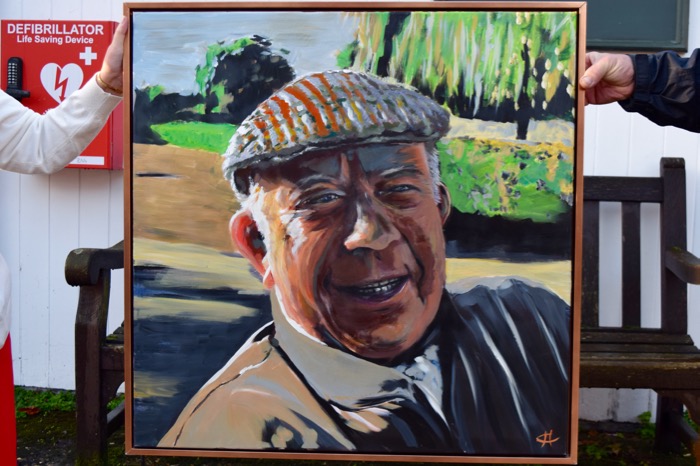 Henley Over 60s Club have ensured that Ted Dorey will never be forgotten by hanging his portrait on one of their walls. Ted, who passed away in February this year, was a member of the club for many years and a well known part of the Henley community. Ted left a generous monetary donation to the Over 60s Club in addition to his portrait by Clive Hemsley, which will be hung by his favourite seat in honour of his memory.

Edward Thomas Dorey, known as Ted, was born in Henley and lived here until his death earlier this year. A carpenter and joiner by trade, he was well known and much loved by many in the town, and did a lot for the Henley community. In his later years, Ted was an active member of the Over 60s Club on Market Place, and could often be spotted whizzing around town on his mobility scooter with his dog.

Ted is remembered fondly by Carolynne Holms-Sharp, one of the managers of the Over 60s Club. “He always had a sparkle in his eye, a smile on his face, and a tale to tell,” she said. “He was an absolutely super guy, he really was. He lived in Henley all his life so he’d seen so many changes and things going on that he always had a good tale to tell. Some of them might have been embellished as tales do get, but it just made it all the nicer. He was such a lovely guy with a very generous nature. He’s left us a lovely donation which, given this last year, will help us tremendously. He’s sorely missed.”

Carolynne continued, “He loved coming to the club, that got to be his one lifeline towards the end of his days because he could come and he could have a nice meal and he got the company and people to chat to. As well as his generous donation, he left us his portrait. We’re going to put the portrait on the wall at the side of the table where he always sat.”

Ted did not have any children, but treated his dear friend Dean Allen as an ‘adopted nephew’, says Carolynne. Dean delivered the portrait to the Over 60s Club on Saturday.

With his portrait hanging on the wall by his favourite spot, the Over 60s Club can honour Ted’s life and legacy. Though he is very much missed, the image of Ted’s smiling face will keep his spirit alive for years to come. 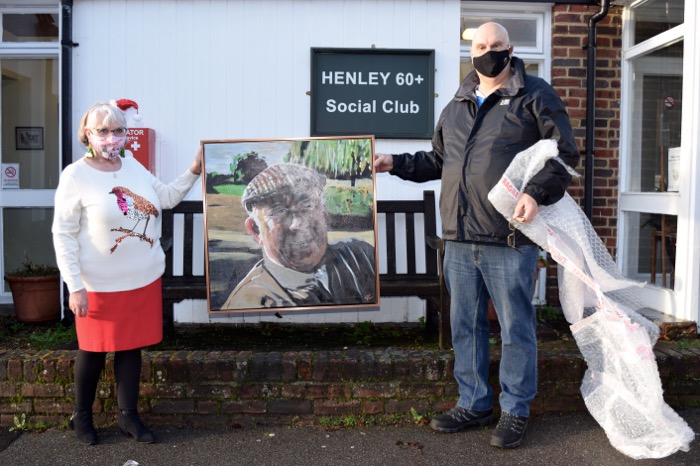